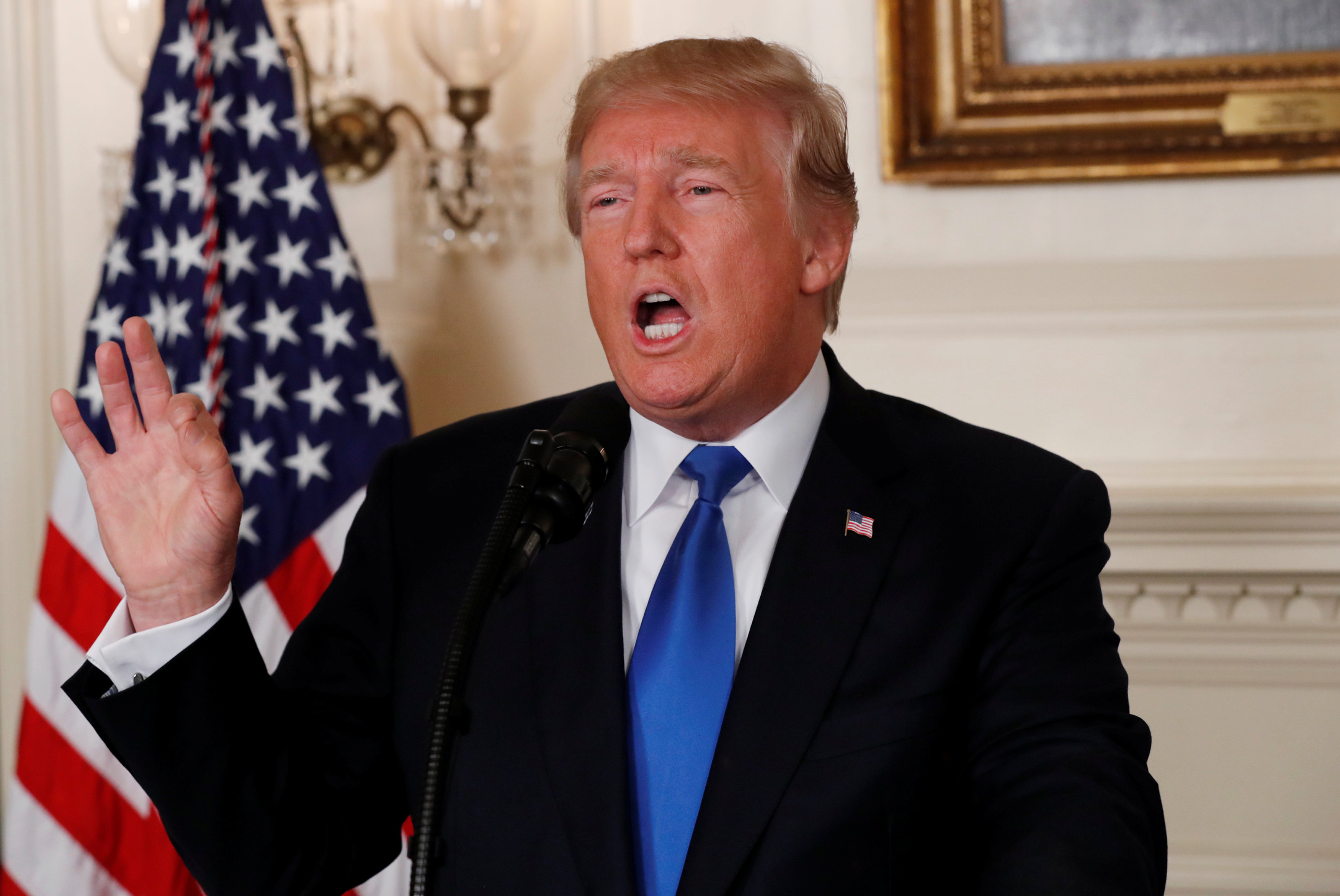 Washington: US President Donald Trump on Friday signed legislation that encourages the United States to send senior officials to Taiwan to meet Taiwanese counterparts and vice versa, angering China, which views the self-ruled island as a wayward province.
The bill, which is non-binding, would have gone into effect on Saturday morning, even if Trump had not signed it, said the White House.
The move adds to strains between the two countries over trade, as Trump has enacted tariffs and called for China to reduce its huge trade imbalance with the United States, even while Washington has leaned on Beijing to help resolve tensions with North Korea.
Earlier on Friday, Chinese Foreign Ministry spokesman Lu Kang reiterated that Beijing was opposed to the legislation and urged the United States to abide by the "one China" policy, that stipulates that Taiwan is part of China, and cease official exchanges with Taiwan.
In a statement after Trump's signing of the bill, the Chinese embassy said clauses of the legislation "severely violate the one-China principle, the political foundation of the China-US relationship".
"China is strongly dissatisfied with that and firmly opposes it," the statement said, adding that the United States should "stop pursuing any official ties with Taiwan or improving its current relations with Taiwan in any substantive way."
Taiwan's Foreign Ministry expressed its thanks for the "friendly move" by the Trump administration, saying the government would continue to deepen its cooperation and partnership with the United States at all levels.
The United States does not have formal ties with Taiwan but is required by law to help it with self-defence and is the island's primary source of weapons.
Douglas Paal, who served as US representative to Taiwan from 2002 to 2006, said the legislation did not change anything real as it was non-binding. US administrations already had discretionary authority to permit visits by senior Taiwanese officials and visits by senior US officials and military officers to Taiwan, he said.
"They don't authorize these trips because the policy judgment is that the costs in relations with China would outweigh the benefits in relations with Taiwan," Paal said.
The bill, which was passed by Congress last month, says it should be US policy to allow visits at all levels. High-level Taiwan officials should be permitted to enter the United States "under respectful conditions" to meet US officials, while Taiwanese economic and cultural representatives should be encouraged to conduct business in the United States.
China's hostility towards Taiwan has risen since the election of President Tsai Ing-wen, of the pro-independence Democratic Progressive Party, in 2016.
It suspects Tsai wants to push for formal independence, which would cross a red line for Communist Party leaders in Beijing, although Tsai has said she wants to maintain the status quo and is committed to ensuring peace.
Defeated Nationalist forces fled to Taiwan in 1949 after losing the Chinese civil war to the Communists.