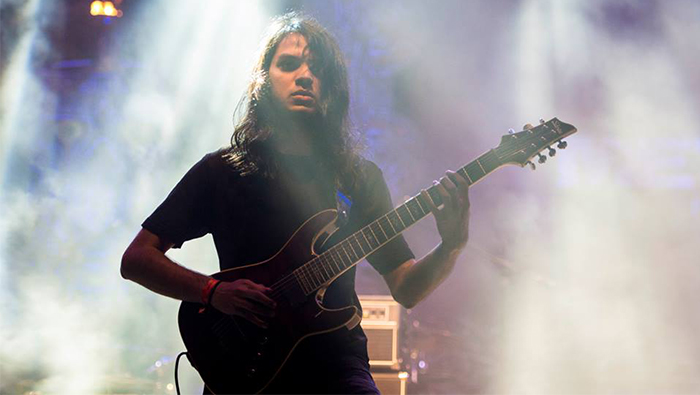 Muscat: A former Oman resident, Prateek Rajagopal, has created music for the latest ad for French automobile giant Renault. Rajagopal, who was raised in the Sultanate, worked on the Renault India ad under commission from global advertising firm Saatchi and Saatchi, and took barely five hours to conceptualise and create the music from start to finish.
“I got the job at some 9:00 pm, finished the music by 12:00 am, and submitted it with sound design/SFX around 6:00 am. For this particular job, I worked completely in-the-box: I used all digital sound plug-ins and instruments, and nothing analogue,” Rajagopal, who was brought up in Muscat and studied in the Indian School Al Ghubra till 2012, said, adding that he was proud to have worked with such an iconic brand.
Setting the tempo
“The techniques were simple. I first began by setting the tempo for the ad. Then I picked out certain synth sounds and some drum loops and took it from there. After the music, I designed all the additional sounds & FX, which sit above the music,” he said.
**media[840611]**
In addition to being a full-time music composer for ad firms, Rajagopal is also a member of death metal band “Gutslit” and alternative progressive rock band “The Minerva Conduct”.
“Writing music for ads is my full-time job now. So, I was approached by some of my colleagues who have a clientele network in advertising. Work can come from production houses, ad agencies, or other music directors. Every experience teaches me something new, but this one surprisingly went pretty smoothly,” he said, speaking exclusively to the Times of Oman.
“There was just one edit change that came later. I think what I learned here was the sound-designing bit, which I’d never done before. So, I was pleasantly surprised that I pulled that off in a short span of time. I wrote, programmed, and executed the ad on my own, and although I wasn’t given a particular theme, I was sent a few reference tracks, all of which were in an electronic music space. The perpetual complications in ad jobs are the lack of time and odd working hours. It’s absurd to me how deadlines end up so crunched for every single project,” Rajagopal said.
Having worked hard to establish a name for himself, Rajagopal had a few words of wisdom for those who wished to turn their dreams into reality. “Follow your passion but also be very realistic about job prospects and your skills and ability to stand out. Be unique and deliver. Personally, I feel doing what you love is a combination of hard work, motivation, logic, creativity, and never giving up, despite always simultaneously failing somewhere. Networking is also primary,” he remarked.
Commenting on his current plans, he said, “I’m done mixing my solo project and I’m hunting for labels for PR and distribution. Apart from that, same old advertising, and hopefully I’ll delve into mainstream cinema sooner than later.”