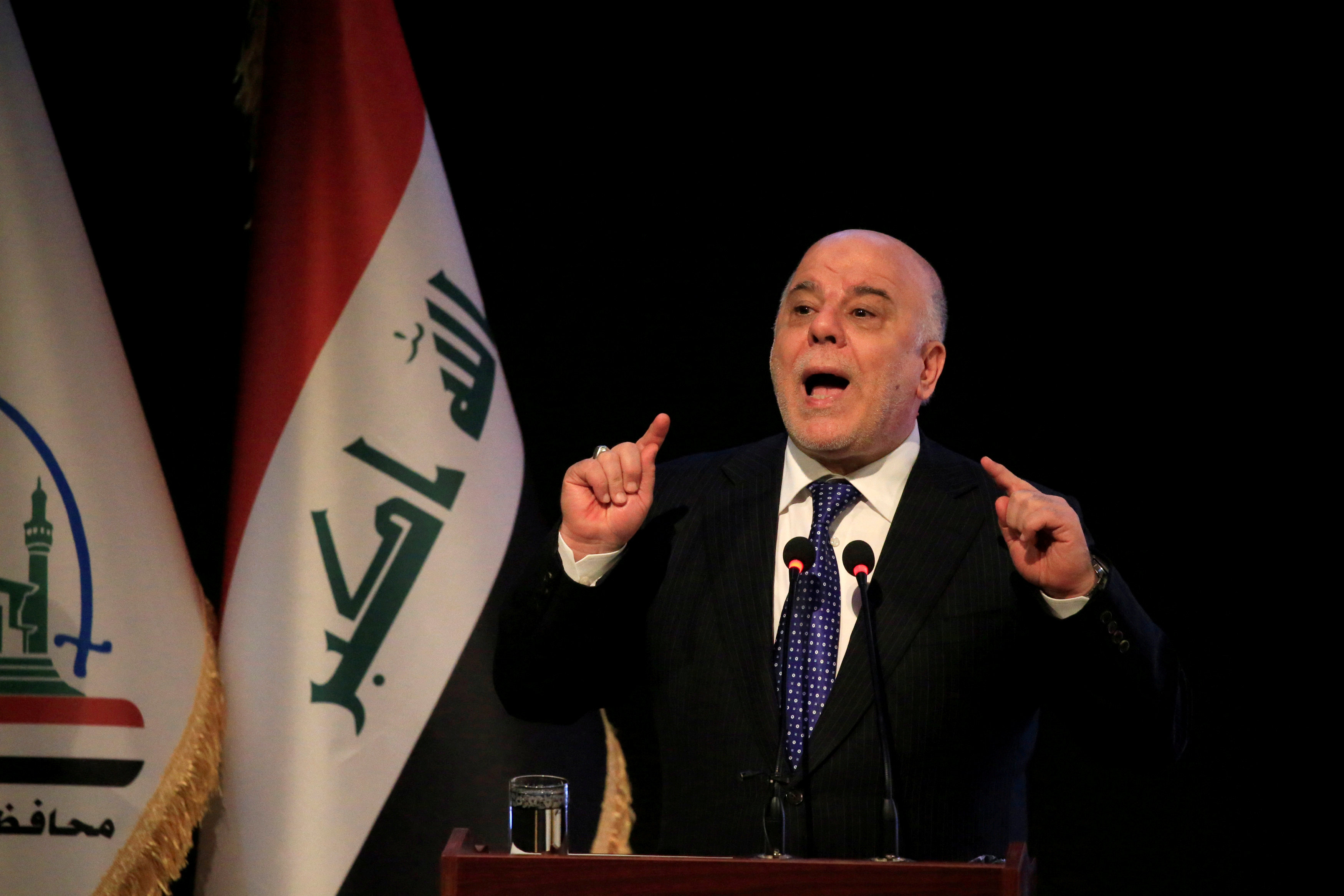 Baghdad: Iraqi Prime Minister Haider Al Abadi said in a decree on Tuesday he would lift a ban on international air traffic to the Kurdistan Region and flights could resume within one week.
International flights to and from the semi-autonomous region's two main airports in Erbil and Sulaimaniyah were halted on Sept. 29 as part of sanctions imposed on the Kurds after they held an independence referendum four days earlier in defiance of Baghdad and voted overwhelmingly in favour of separation.
Kurdish authorities have agreed that the airports should come under federal control and report to Baghdad's interior ministry, the decree said.
"The opening of Kurdish airports to international flights is an important step," Kurdish Prime Minister Nechirvan Barzani told a news conference according to Kurdish Rudaw TV. "We hope more significant steps will be taken."
Only domestic flights have been allowed through the region's airports, with foreign airlines suspending their routes in accordance with an order from the central government.
This hit the Kurdistan Region's economy, with a decrease in tourism and travel affecting local businesses. Abadi's decree announced the creation of a new Directorate for Special Protection for Kurdistan's airports "under the command and control of the Federal Ministry of the Interior".
Federal customs authorities will supervise the "introduction, production and handling of materials and equipment through the two airports", the decree said.
It also specified that a biometric system used in Kurdistan's airports will be linked with the federal system. It was not immediately clear whether the region would maintain its independent visa system.
The deputy spokesman for the Kurdistan Regional Government (KRG) said talks were ongoing on the issue.
The decree comes amid a dispute over the 2018 budget, which the Kurds have vehemently opposed since it was passed by parliament earlier this month.
Soon after the decree was issued, a legal advisor to Iraq's President Fuad Masum, said Masum was refusing to approve the budget.
"After checking the budget we found constitutional, legal and financial violations that need to be addressed by parliament, which should make amendments and return the budget to the president for approval," Amir Al Kenany told Reuters.
The long-delayed budget of 104 trillion Iraqi dinars ($88 billion) was passed by parliament on March 3, but Kurdish lawmakers boycotted the vote in protest over their region's diminished allocation.
The budget cut the Kurds' share from the 17 per cent the region has traditionally received since the fall of Saddam Hussein.
It did not specify the exact percentage to be allocated to the KRG instead stipulating it would receive funds proportional to its share of the population.
In a previous draft the KRG portion was set at 12.67 per cent, which is how much of Iraq's population Baghdad says the provinces in Kurdistan make up.
The KRG disputes that estimate. Masum is a Kurd and holds a largely ceremonial role as most power lies with the prime minister who belongs to the majority community.
However, he has the authority guaranteed by Iraq's constitution to ratify all laws passed by parliament and can return draft laws to parliament.
"We are sending it (the budget) back to the parliament to amend the legal and constitutional violations we pointed out," Kenany said.