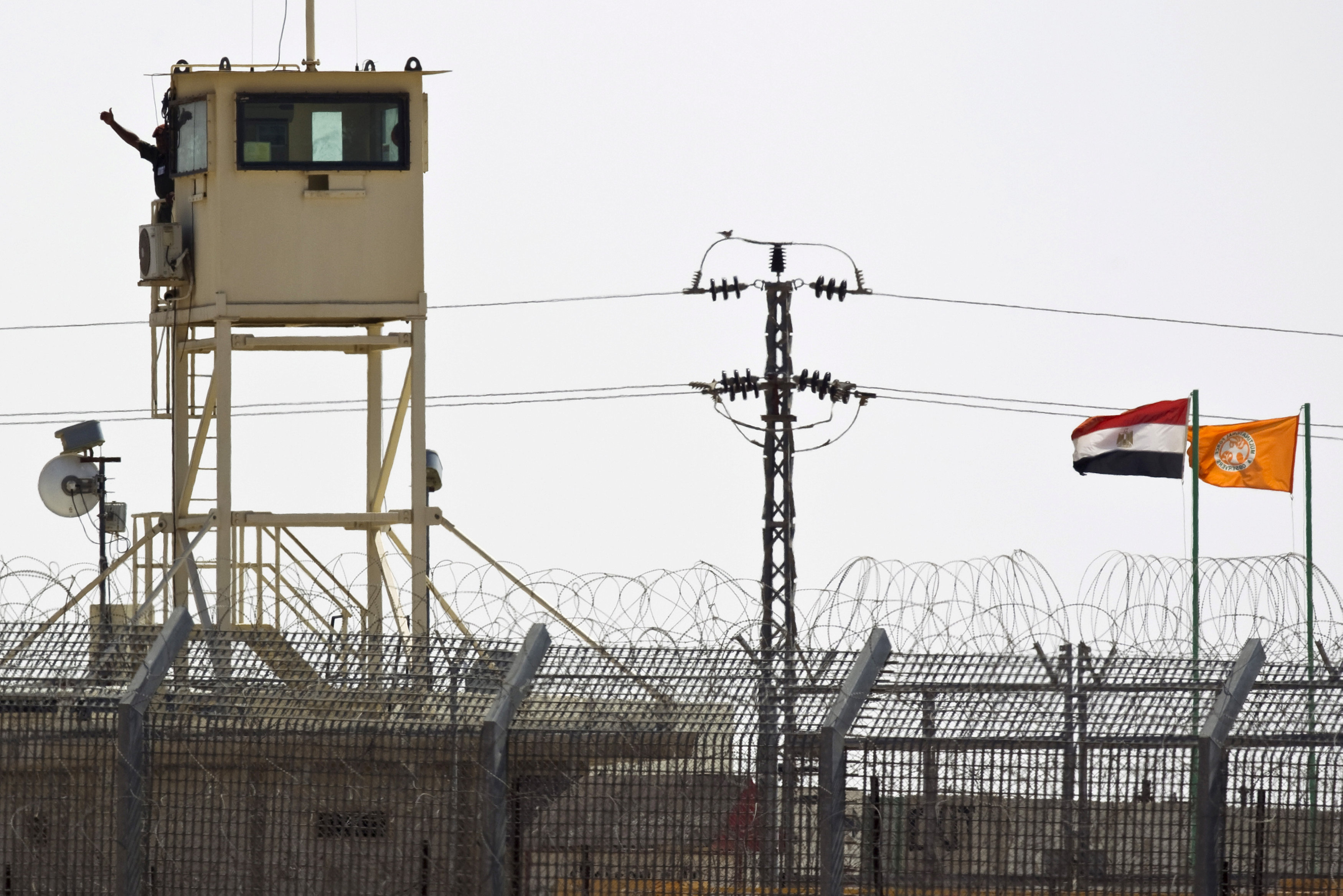 Occupied Jerusalem: Israel and Egypt were working to halt disruptions to mobile phone service after Egyptian jamming against Sinai insurgents caused outages in neighbouring Israel and the Gaza Strip, Israeli officials said on Wednesday.
Under President Abdel Fattah Al Sisi, Egypt has quietly cooperated with Israel on security in the Sinai, a desert peninsula demilitarised as part of their US-sponsored 1979 peace treaty but where Cairo's forces now operate freely.
The jamming appeared to catch Israel by surprise, however, prompting what its communications minister said were talks across the border to resolve what he called a "crisis".
Egypt's military did not immediately comment.
Cairo launched a major sweep of Sinai militants loyal to IS group on February 9. Israeli officials said that on February 21 Egyptian forces began jamming a range of cellphone frequencies in Sinai, disrupting reception in Israel and Gaza.
"We've never seen anything this intensive or protracted. Even the Palestinians have been coming to us, appealing to make it stop," one Israeli official told Reuters on condition of anonymity. Phones had been disrupted as far away as occupied Jerusalem and northern Israel, depending on weather, the official said.
An Egyptian official who also asked not to be identified confirmed electronic warfare was being waged in the Sinai. "Obviously, we want to stop terrorists from communicating," he told Reuters.
The official denied that Israel was the intended target of the jamming, but he said some Sinai insurgents were suspected of using smuggled Israeli SIM cards, close enough to the border to link up with Israeli cellphone reception, "which means that we may need to work against a wide range of frequencies".
Several Palestinian residents of Gaza, the densely populated enclave on the Egyptian border, told Reuters they had been experiencing problems with phone service.
A source at one of the two Palestinian mobile phone companies said its services were disrupted for a day in the past week in southern Gaza but that the problem had been resolved.
Israeli cellphone provider Partner said several hundred of its customers had complained about reception problems, but that its 4G network was working well. Other leading Israeli providers, Cellcom and Pelephone, did not immediately respond to requests for comment.
Interviewed by Israel's Army Radio, Communications Minister Ayoob Kara said: "Without getting into details, for the first time in the south we have been experiencing an uncomfortable situation".
But he said understandings were reached "after a very important meeting across the border" on Tuesday, and he believed the disruptions would end within the next three days.
Gadi Yarkoni, a mayor representing Israeli communities near Gaza, criticised the Communications Ministry and threatened to sue the phone companies, saying the failure to fix disruptions "shows disrespect for the residents of the Gaza periphery".
The Multinational Force & Observers (MFO), an international body set up under the Israel-Egypt peace agreement to monitor the Sinai, declined to comment.