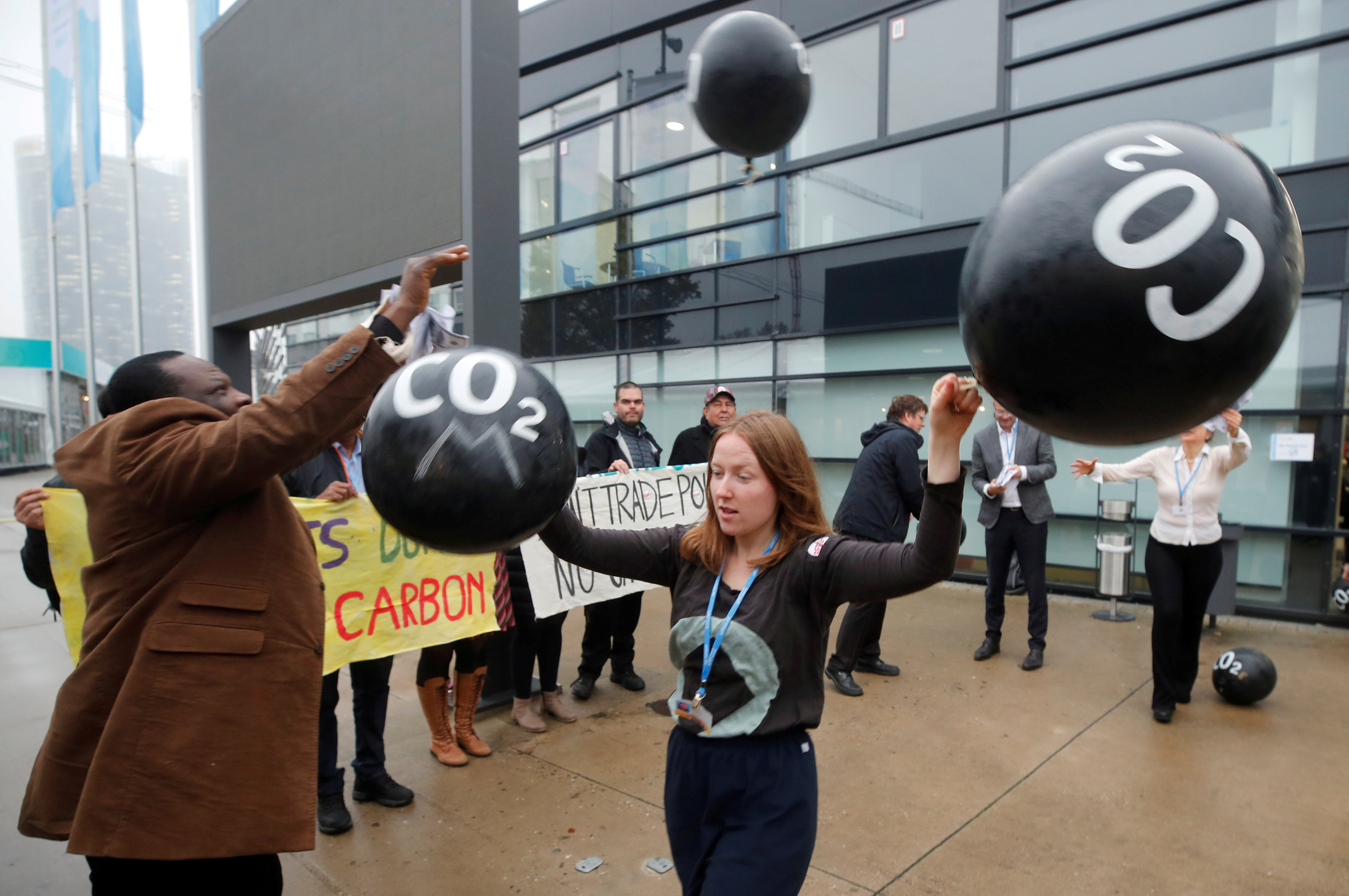 Edmonton (Canada): Climate scientists and city planners are to start charting a global roadmap on how cities can best battle climate change, when they gather at a UN-backed summit in Canada's Edmonton on Monday.
The three day gathering marks the first time cities rather than nations are offered a seat at the table of the Intergovernmental Panel on Climate Change (IPCC), the UN's top scientific authority on global warming, organisers say.
"What this will do... is significantly advance the science that mayors and city governments need on which to base their actions," said David Miller, North America's director for the C40 Cities network, one of the organisers of the summit.
The panel of scientists' growing interest in cities mirrors fledgling recognition among global leaders that breakneck urbanisation must be steered on a path toward reducing planet-warming greenhouse gases, said Miller.
The stakes are high: cities account for an estimated 75 per cent of carbon emissions, according to UN figures.
Under the Paris climate agreement, nearly 200 countries agreed to curb planet-warming emissions enough to keep the rise in global temperatures to well below 2 degrees Celsius (3.6 Fahrenheit) above pre-industrial times, ideally to 1.5 degrees.
But without unprecedented action temperatures could rise above 1.5 degrees, according to a draft report by the IPCC seen by Reuters earlier this year.
About 50 per cent of the world's population live in urban areas, a figure expected to grow to 66 per cent by 2050, according to the UN
The decision by the IPCC to pay special attention to cities was long overdue, Miller said in a telephone interview.
"It would have been helpful to have this kind of science ten years ago," said Miller, who was mayor of Toronto from 2003 to 2010.
"But the good news from my perspective is that city leadership is both acknowledged and welcomed now."
US President Donald Trump's opposition to the Paris accord has lent momentum to initiatives by local authorities waging their own war against climate change, said Aseem Prakash, founding director of the University of Washington's Center for Environmental Politics.
Trump announced last year he was pulling his country, the world's second biggest emitter of heat-trapping carbon dioxide, out of the deal.
The move that sent shockwaves across the world has also energized many U.S. mayors and governors who have brought their leadership in fighting climate change to the global stage to make up for their country's retreat.
The push to reinforce ties between scientists and local governments comes at a pivotal time as many cities prepare to invest in new infrastructure, said Henry David Venema of the International Institute for Sustainable Development.
Many countries "urgently" need to replace roads, railways and other urban structures reaching the end of their lifespan, and some cities need to build brand new infrastructure to cope with people migrating to urban areas, said Venema.
"City officials need to build in climate-resilient concepts as they plan for this cycle of critical infrastructure investment," Venema, who is director of planning at the think tank's Prairie Climate Centre in Winnipeg, Canada, told the Thomson Reuters Foundation.
An estimated $94 trillion of infrastructure investments will be needed by 2040, the G20-backed Global Infrastructure Hub said last year.
But many cities lack the expertise to prepare the studies needed to underpin major projects and make them bankable, experts say.
Delegates in Edmonton will go over topics ranging from the risk of climate change for coastal communities to the retrofitting of buildings, in order to remedy the gap in knowledge.
Still, the Carbon Neutral Cities Alliance, whose 20 members include New York City and London, said in a letter to the IPCC on Sunday that despite its efforts the IPCC was still falling short of addressing cities' needs.
"Cities need scientific knowledge that's accessible to them. Academic publications and language are not inviting to cities," it said.
The IPCC summit is expected to draw 750 delegates from about 80 countries.
It will kick off on the heels of a mayoral gathering on Sunday, also held in Edmonton, at which officials from across the globe are expected to produce a joint declaration on climate change and cities.