A father looks for his son in airstrike-hit eastern Ghouta 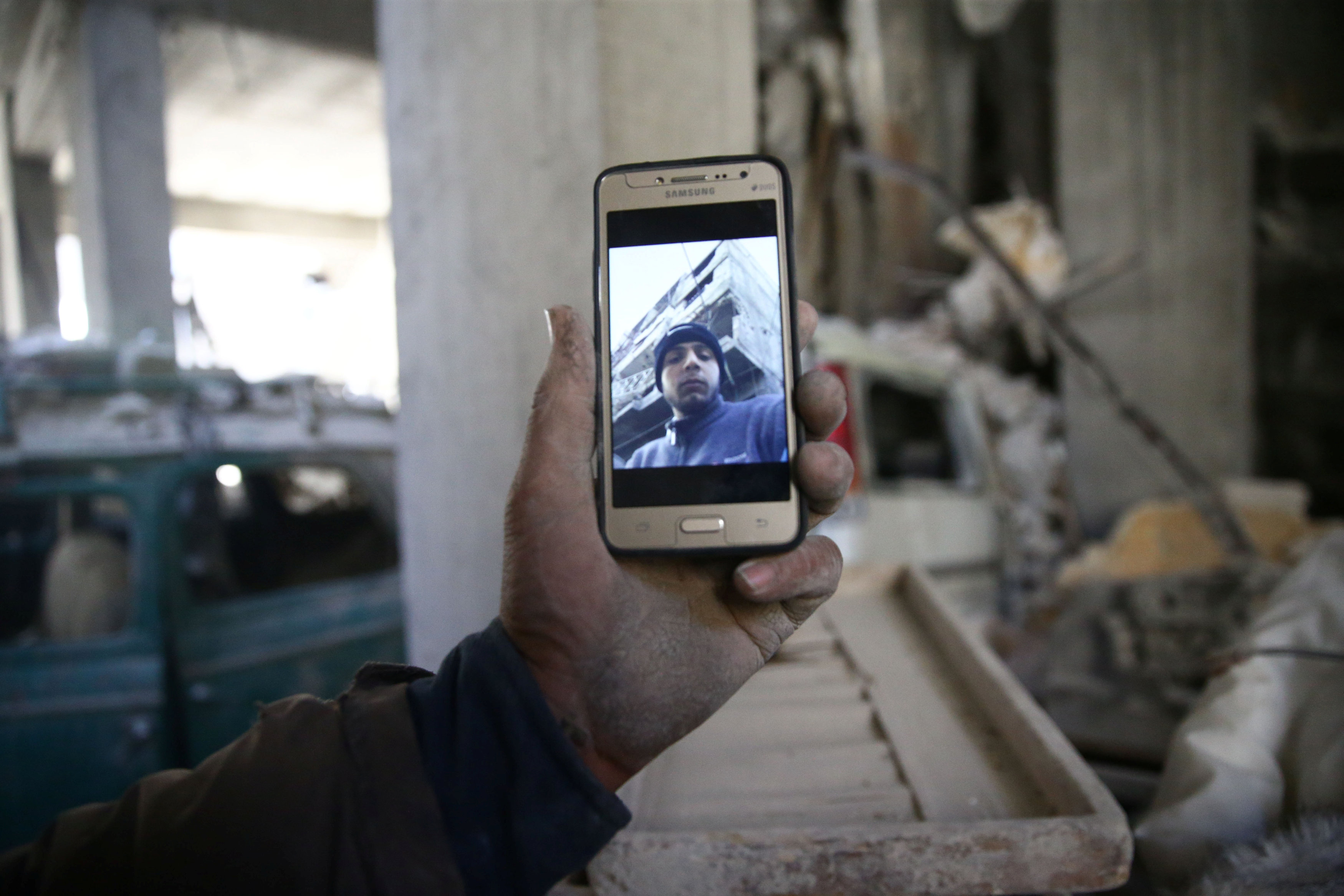 Beirut/Eastern Ghouta (Syria): Abu Mohammad Alaya stands on top of a pile of rubble, still searching for the body for his eldest son more than a week after an air strike destroyed their home in Syria's eastern Ghouta.
Alaya believes 22-year-old Mohammad is buried somewhere beneath his feet, a victim of a war that he says has already killed every member of the football team his son used to play with.
"All he knew was sport and work," said Alaya. "Now the whole team - him and his friends - are in the ground. They took him away from us."
Alaya, 50, breaks into tears as he describes his desperate attempts to lift concrete slabs with his bare hands.
"It took me two days to break up this piece under your feet. How am I supposed to lift it?"
He thinks his brother Ramez lies dead near his son. "The most important thing is to get them out, we are waiting for the equipment and for the shelling to ease so we can get them out and bury them. Are we at the point where someone can't even be buried after dying?"
The February 22 air strike in the eastern Ghouta town of Douma also killed his brother's wife and their nine-year-old daughter. Their bodies were thrown far from the building, such was the power of the blast.
Hundreds of people have been killed in a ferocious air and artillery bombardment of the eastern Ghouta over the last two weeks as the Syrian government seeks to crush the last major rebel stronghold near the capital Damascus. It marks one of the most intense bombardments of the war entering its eight year.
President Bashar Al Assad's Russian allies have called for daily, five-hour humanitarian ceasefires, but these have brought little respite to the besieged area that the United Nations says is home to 400,000 people.
Alaya makes use of the daily pauses to visit the ruins of the house but says the brief ceasefires leave little time to search.
He remembers his son as a keen footballer who had bought a new TV to watch the World Cup finals in Russia this summer. On the day of the attack, the family had been sheltering in the basement, but Mohammad left to get some tea.
Alaya calls out in vain for his son, even though he is fairly certain where the young man lies buried under the heavy debris.
"I buried all of his friends who died in the bombing. I just hope I can find him to bury him next to them, so I can go and visit them all together, the football team," he says.