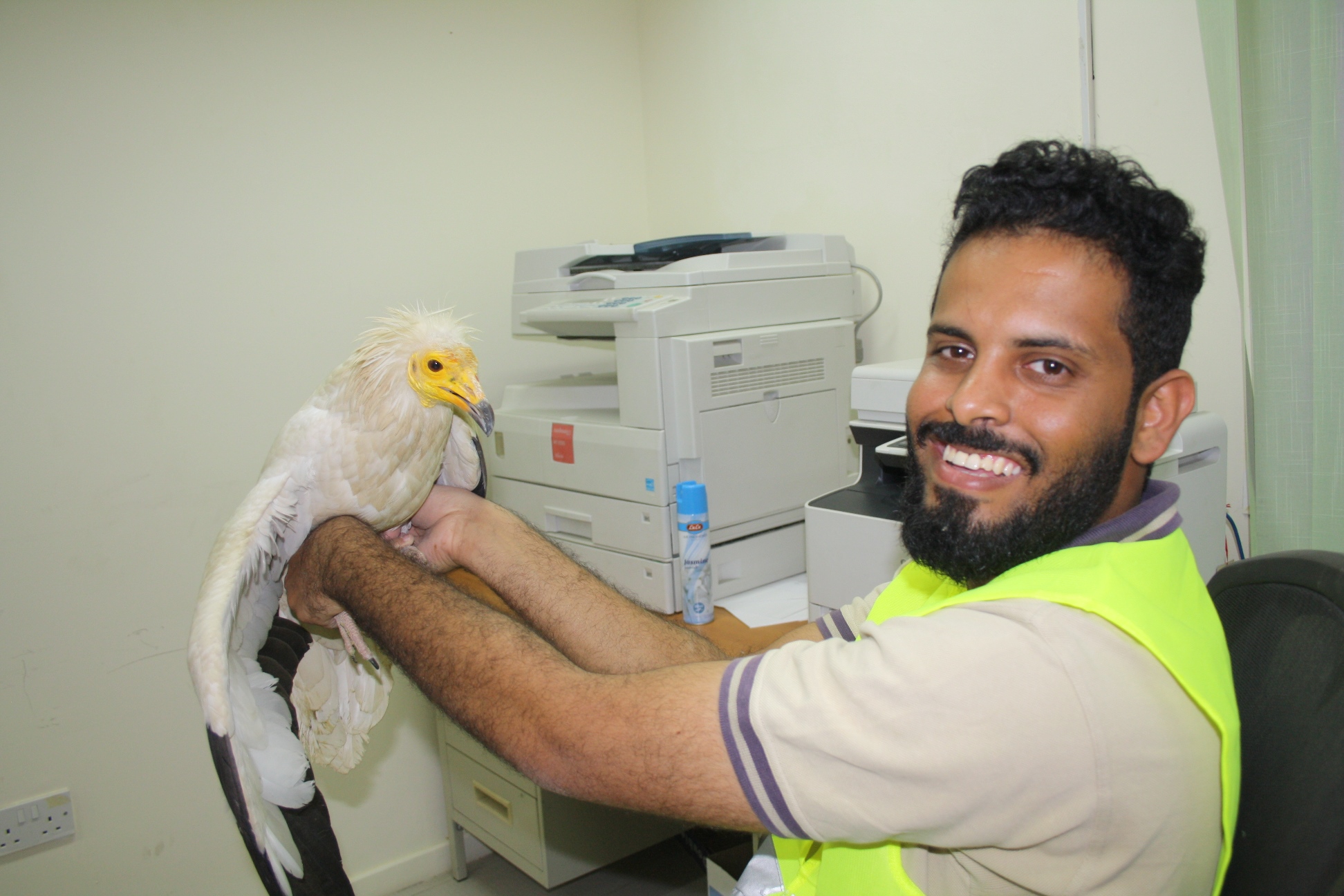 Muscat: A young Egyptian vulture tagged by the Environment Society of Oman (ESO) died of electrocution, it has been revealed.
In fact, electrocution has become a major threat to endangered Egyptian vultures, an official ESO release stated.
“Of the four Egyptian vultures tagged earlier, two are known to have died and at least one by electrocution. All four of the birds were young and they typically do not survive as well as adults. The electrocution of a bird, however, indicates that this threat, a major cause of mortality for many large birds, including endangered vultures and eagles, globally, is active in Oman,” an official ESO statement read.
It added that the four tagged Egyptian vultures did not migrate. “None of the four vultures tagged earlier migrated. This may have been because they were resident birds and would not migrate, or may be because they were not mature yet,” it further stated.
“Young vultures reared in northern areas migrate south to places such as Oman in their first year, then dwell there for some years before returning when they are older. Because 12 of the vultures caught in 2018 were adults, we expect at least some of them to migrate this spring to breeding areas farther north,” the statement read.
The tagging of the birds is a part of ESO’s programme launched in 2014. The organisation disclosed that they had tagged 13 Egyptian vultures in January.
“As many as 13 endangered Egyptian vultures were successfully tagged in the Al Multaqah area of Oman in January 2018. This initiative was a collaboration between International Avian Research (IAR), led by Michael McGrady, the Bernd Meyburg Foundation for Raptor Research and Conservation, led by Bernd Meyburg, who also holds the positions of Deputy Chairman of the Advisory Group for Ornithology and Bird Protection and Chairman of Raptor Working Group of BirdLife Germany (NABU), and ESO.
“We aim to monitor the movements of scavenging and soaring raptors in Oman. Most vulture species and many species of eagle are in decline internationally, but recent research shows Oman to be a hotspot for them,” the statement added.
The project aims to develop a greater understanding of the movements and migration of the birds and the habitats they use.
The programme focuses on tagging vultures and eagles with tracking devices. Since 2014, 17 Egyptian vultures and three eagles—two steppe eagles and one lesser spotted eagle-spotted eagle hybrid—have been tagged. ESO disclosed that the tagged steppe eagles migrated to central Asia and Russia during the winter.
“Although, an International Multi-Species Action Plan has been developed to address the huge decline in vulture populations worldwide, Oman’s status calls for the drafting of species’ conservation plans, for both vultures and eagles, addressing research, conservation actions, threat assessment, education, community awareness, and stakeholder engagement,” it added.