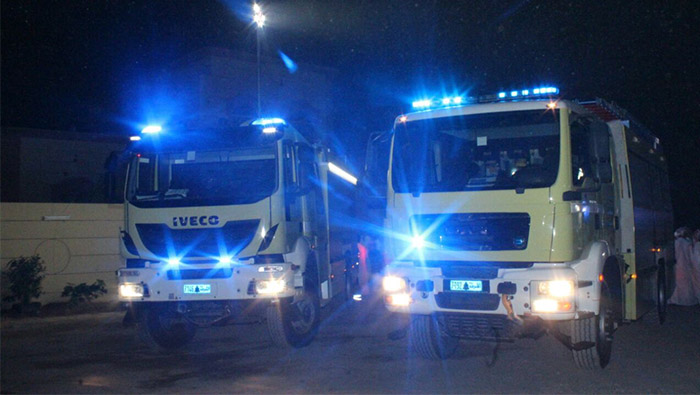 Muscat: Three people who were trapped in a fire that broke out in a house in Sohar were rescued by the Public Authority for Civil Defence and Ambulance (PACDA).
An official source from PACDA said, "The fire brigade at PACDA in Sohar was able to extinguish a fire in a house in Sanqar, where three people were injured due to inhaling smoke. They were treated by the ambulance on site."