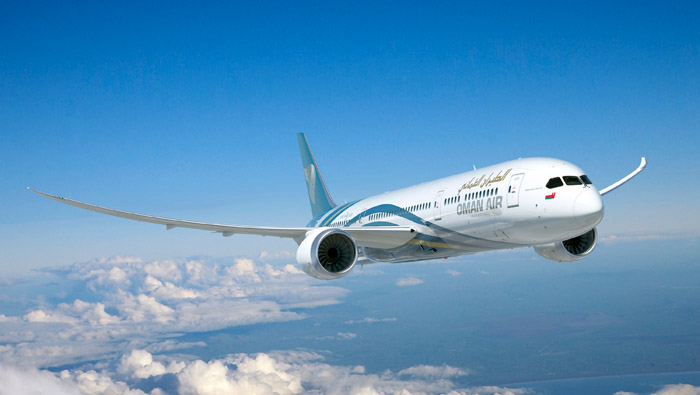 Muscat: Oman Air, the national carrier for the Sultanate of Oman, is delighted to have contributed to the reduction of the noise footprint of the UK’s Heathrow airport.
Independent analysis from the Civil Aviation Authority commissioned by Heathrow has shown that the noise footprint at the UK’s busiest airport is continuing to shrink – 52,000 fewer households are impacted by noise compared to 2006.
Heathrow’s latest ‘Fly Quiet and Green’ league table, which ranks the performance of 50 airlines on seven noise and emission metrics, shows that Oman Air has climbed 15 places due to its nearly perfect score of 99 percent. The league table also shows a 30 percent reduction in the number of aircraft departing in sensitive nighttime hours.
Oman Air’s performance has improved greatly after it worked with Heathrow’s noise team to make a number of operations changes.
Abdulaziz Al-Raisi, acting CEO said, “We are delighted to have significantly improved our noise levels at Heathrow airport. Our team have worked hard to achieve this important benchmark and I would like to particularly thank Capt. Ahmed and Capt. Abdul Rehman who has been instrumental in making it happen.”
The analysis, which has been undertaken by the airport regularly since 2006, forms part of Heathrow’s noise action plan and its pledge to deliver more regular and transparent communications to local residents. The area around the airport affected by average noise measurements over the course of a 24-hour operating day is measured using the preferred European measure of noise, has decreased by 15% over the past 11 years. This means 15% fewer households within the area are impacted by noise.
Oman Air is pleased to be contributing to the reduction in noise at Heathrow airport and will continue to collaborating with the noise team to improve its performance further. Oman Air is committed to operating the cleanest, quietest and most efficient flights possible across its growing international network. The Boeing Dreamliner aircraft in Oman Air fleet is known to be the first commercial aircraft to utilise carbon composites in its airframe manufacturer, is lighter and uses 20 per cent less fuel than similarly-sized aircraft. In addition, Oman Air recently welcomed the first of its newest aircraft, the Boeing 737 MAX, which offers greatest range capability, also quieter onboard experience, and significantly reduces both fuel use and carbon dioxide emissions. The two aircraft are amongst the most efficient operating in the world today.
The addition of the Boeing 737 MAX is part of an exciting fleet and network expansion programme, which will see Oman Air operate up to 62 aircraft to around 60 destinations by 2022.