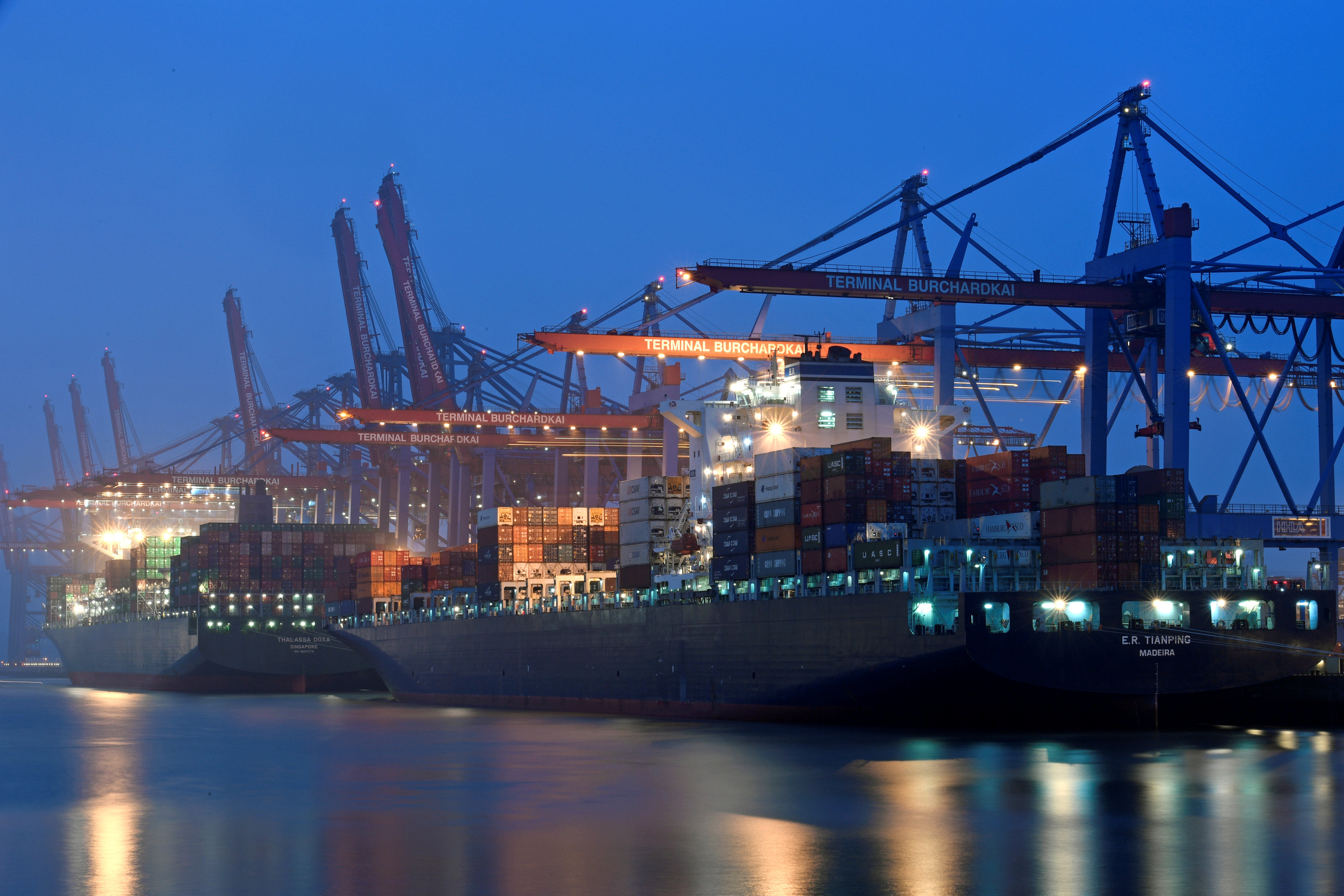 Berlin: Strong exports drove robust growth in Germany at the end of last year while inflation stayed subdued in January, suggesting Europe's biggest economy is on track to extend its upswing well into 2018.
Growth was 0.6 per cent on the quarter between October and December, according to Wednesday's Federal Statistics Office data — in line with the consensus forecast and a slight slowdown from a downwardly revised 0.7 per cent in the third quarter.
"The German growth turbo remains fully activated," Bankhaus Lampe analyst Alexander Krueger said, though production bottlenecks and capacity constraints were likely to dampen any future growth.
The office said positive contributions in the fourth quarter came mainly from foreign demand. "According to provisional calculations, exports increased substantially," it said.
Government consumption expenditure increased while household spending was little changed, the office said. It will release more detailed results on Feb. 23.
On the year, Europe's biggest economy expanded a calendar-adjusted 2.9 per cent in the fourth quarter of 2017, the data showed. This was weaker than the consensus forecast of 3.0 per cent but still the strongest pace of growth since the second quarter of 2011.
The office confirmed an earlier estimate for full-year GDP growth of 2.2 per cent in 2017 which translated into a calendar-adjusted rate of 2.5 per cent. This was the strongest pace since 2011.
ING Bank economist Carsten Brzeski said the economy grew in 33 of the last 36 quarters, at an "impressive" average rate of 0.5 per cent on the quarter.
"Judging from previous cycles, the economy could continue its current pace for at least one or two more years, without showing signs of overheating," he said.
Separate data from the Statistics Office showed that inflation remained subdued despite the solid upswing.
Consumer prices, harmonised to compare with other European countries, fell by 1.0 per cent in January from the previous month and rose by 1.4 per cent from the previous year.
On a non-harmonised basis, consumer price inflation for January was also confirmed. The national index fell 0.7 from December and rose by 1.6 per cent on the previous year.
The weak German inflation data is lending support to the European Central Bank's cautious approach to reducing its unprecedented monetary stimulus.