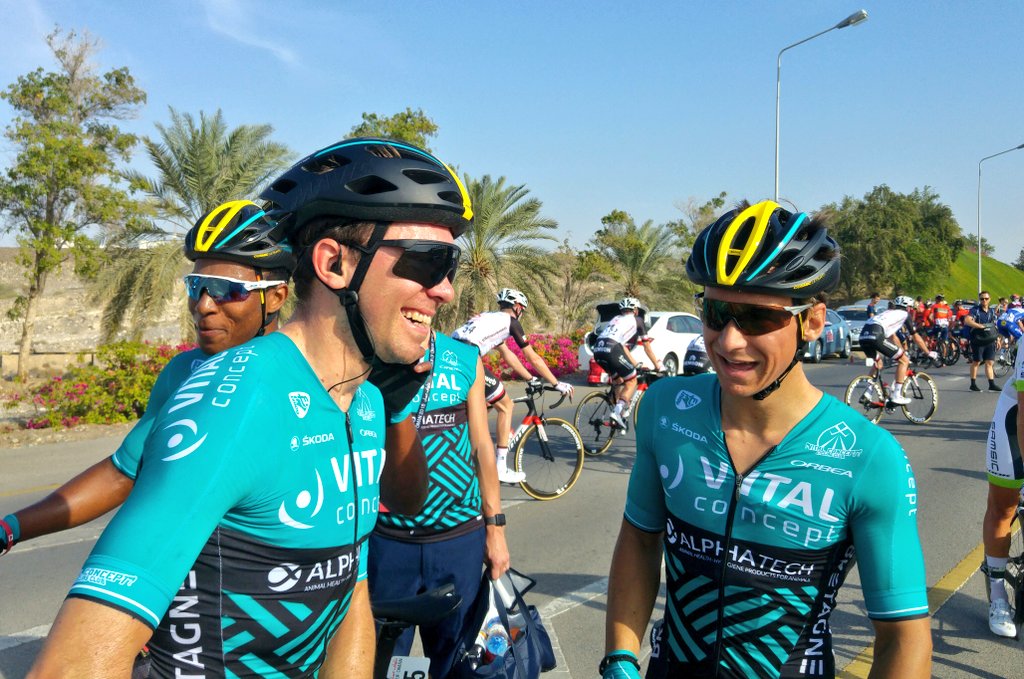 Muscat: Vital Concept’s French sprinter Bryan Coquard came out on top at the end of first stage of the Tour of Oman to claim his first victory with his new team on Tuesday.
After 162.5km of racing on the beautiful roads of the Sultanate, between Nizwa and Sultan Qaboos University, Coquard stormed to victory ahead of Mark Cavendish of Dimension Data and Giacomo Nizzolo of Trek-Segafredo. He also leads the general and points classifications.
Maxime Farazijn of Sport Vlaanderen-Baloise, Pierre Luc Perichon of Fortuneo-Samsic, Conor Dunne of Aqua Blue Sport and Brian Van Goethem of Roomport-Nederlandse Loterij jumped out of the peloton from the gun.
They quickly opened a 4’30” gap, only 15km into the stage. Team Cofidis and Team Sunweb were the first to react and set the pace at the front of the pack. UAE Team Emirates and Bahrain-Merida then joined them to ensure a bunch gallop in front of Sultan Qaboos University.
With the gap down to two minutes for final 50km, the leaders’ chances to battle it out in the final appeared slim. They eventually got reeled in with 9km to go, after Pierre Luc Perichon sealed the lead in the most aggressive rider classification. It was then time for the sprinters and most of all Bryan Coquard to shine.
The 167.5km second stage will start the Sultan Qaboos University and end at Al Bustan on Wednesday.