Use a mobile phone holder in Oman? Read this 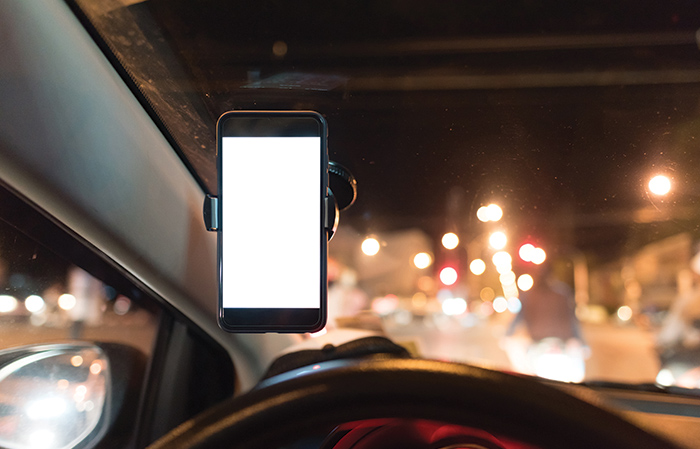 Muscat: Do you have a mobile phone holder in your car? In that case, you could be fined OMR15 and earn a black point under the new rules and regulations laid down by the Royal Oman Police (ROP).
The law states: “Installation of a tool or a device to place the mobile phone or any other electronic device for the driver use will attract OMR15 with one black point.”
**media[816632,816633]**
Oman’s police force has gone on the offensive against unsafe driving, with a series of strict new rules, which will be implemented from March 1.
The new laws also allow the ROP to fine drivers who aren’t wearing their seatbelt properly or who are caught playing their car stereo at high volume on the road.
It is also illegal to follow ambulances, drive without holding the steering wheel, or sit in an unsafe position.
According to the newly introduced penal code, “Any person who deliberately, or by any means, obstructs public roads in such a way as to prevent passage, or makes them difficult to access, will face between 1 and 3 years in prison. “The penalty shall not be less than seven years in prison if the perpetrator prevents the passage of ambulances or public security vehicles,” it reads.
In all cases, the penalty shall not be less than 10 years if the act is accompanied by the use or threatened use of a weapon.
These new laws were brought in after some young drivers customised their car seats, so they could lie back and use their feet to steer, with the car on cruise control.
Others steer with their knees while chatting to friends on the phone and even make videos while driving to share on social media.
When contacted, a senior ROP official said, “We were forced to implement these laws as they (mobile phones) distract the drivers. It doesn’t matter whether they are using it for navigational purposes or attending a phone call or a message. It is all for the safety of the drivers.”
Ali Al Barwani, CEO Oman Road Safety Association, noted, “Mobile phones have always been one of the main reasons for a majority of the accidents. Thankfully, we have managed to cut down the rate and intend to continue doing that by not imposing more fines but closely monitoring the behaviour of the drivers.
“You are allowed to use GPS to guide you to your destination but that doesn’t mean you can use it while driving. To get directions, you need to pull over at a safe spot without blocking traffic.
“Our duty is to protect our people and ensure their safety on the roads. Our concern extends to all road users - children, drivers, passengers. Levying hefty fines doesn’t mean that we are making money out of our people, but it is a way to help us help them.”
He elaborated, “I think we need to recall that the traffic laws were first issued (by Royal Decree) in 1993 and were then amended in 2016. From 1993 to 2016, it has been a long time for us to have the same laws.
“Yesterday was basically the execution or the model for the implementation of these (new) laws,” he explained.
Conditions have changed since the initial laws were introduced.
“Oman has changed rapidly. The specifications of the cars, roads, even people – all have changed. It is important to keep this in mind. I believe all the people who contributed in executing this plan for it to become effective from March 1 kept these considerations in mind,” Al Barwani added.
The basic need is to maintain the safety of road users, whether they are expatriates or non-expatriate.
“The law is for everyone. People need to read and study the traffic law. I believe that the ROP’s director of traffic safety’s doors are open to explain to all,” he pointed out.
Residents, however, had mixed reactions to the law.
“I use GPS on my phone and not having a holder would mean I would have to keep picking up the phone or pulling over, which is not convenient at all,” Madiha Khan, an expat said.
“It is an excellent law. Very good for safety. When you sit in the car, don’t touch your phone or risk getting fined. This will help in reducing road accidents, many of which are caused by using mobile phones,” S Kumar, an Indian expat living in the Sultanate of Oman, stated.