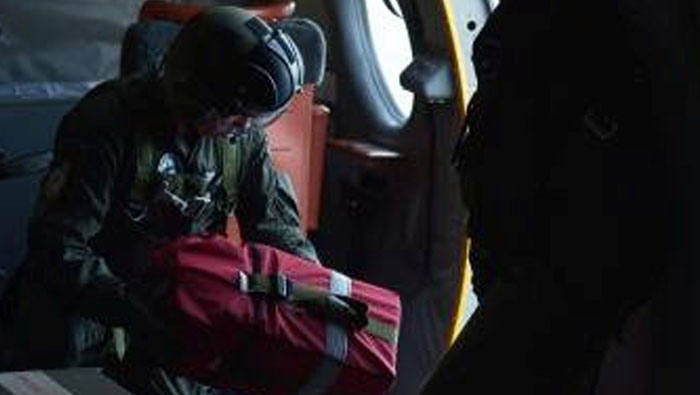 Wellington: New Zealand military planes on Monday were scouring a section of the Pacific Ocean for more survivors from a missing ferry after eight people were rescued from a dingy that was adrift for days.
The survivors, including an unconscious teenage girl, were safely transferred to a nearby fishing vessel late on Sunday, Defence Force Air Commodore Darryn Webb told Radio New Zealand. The air search resumed at first light on Monday, he said.
The New Zealand Defence Force had originally said there were seven survivors, but later revised the number to eight in a statement.
The 17-metre (56-foot) ferry with 50 people on board was reported missing on January 20, two days after it departed Nonouti Island on a 250-km (155-mile) trip to Betio in Kiribati.
"They (the search crew) will be feeling mixed emotions now that they've discovered a dinghy with some survivors but not everyone on board," Webb said.
The Defence Force believed there could be a life raft with more surviving passengers, he added. "We remain optimistic that we may find some more survivors," he said.
New Zealand has been coordinating the search since Saturday and a Royal New Zealand Air Force P-3K2 Orion aircraft spotted the dinghy within two hours of reaching the search area on Sunday morning, the NZDF said in a statement.
Before it left Nonouti Island, the missing ferry, a wooden catamaran, underwent repairs to its propeller shaft after running aground.