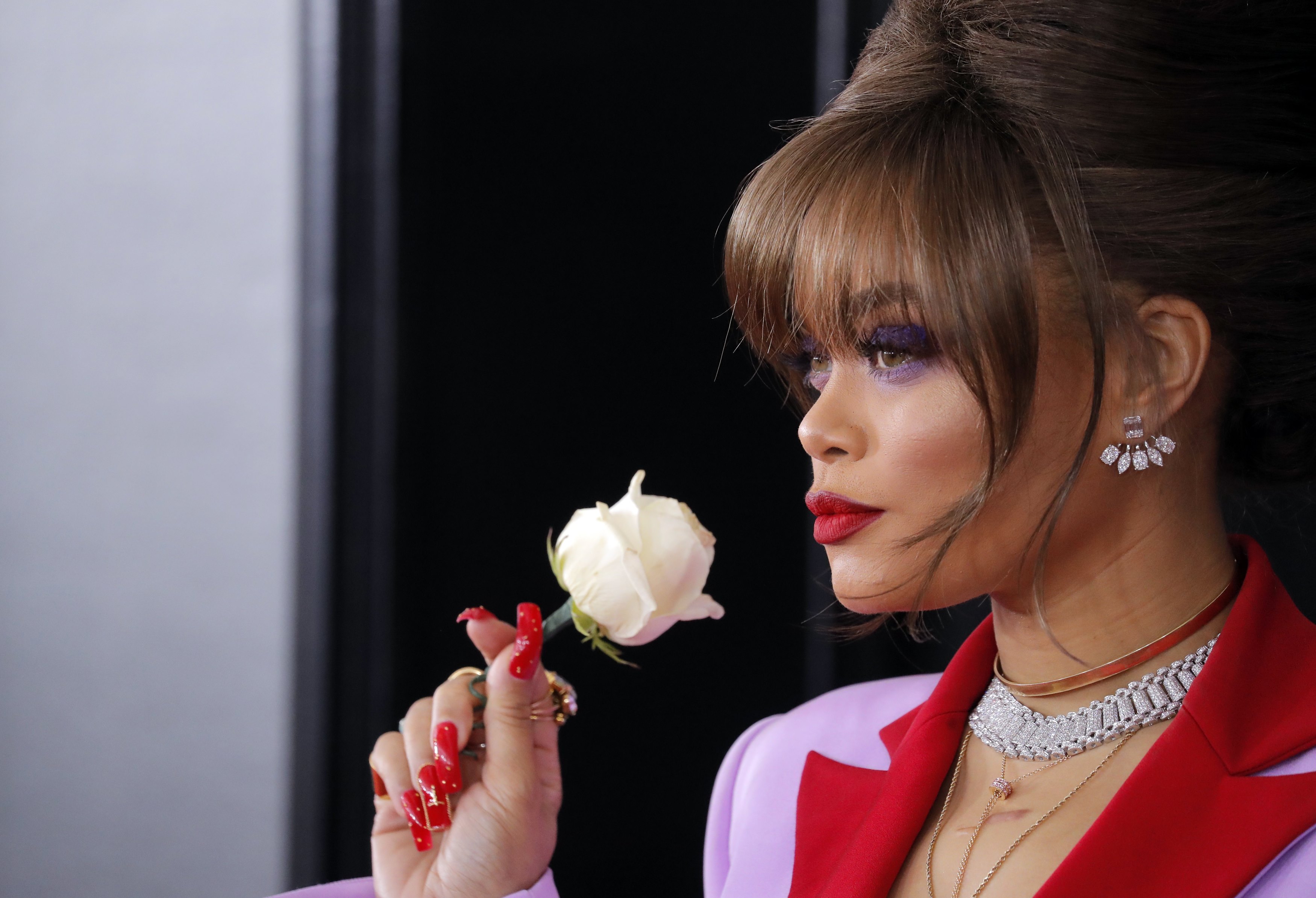 New York: Even the most outrageous outfits of feathers or lace included a simple white rose at the Grammy Awards show's red carpet on Sunday as the glitterati of the music world showed support for women's equality and freedom from sexual harassment.
The roses, worn or held by both sexes on the red carpet outside New York's Madison Square Garden, were a show of support for victims of sexual harassment and the Time's Up movement spreading from Hollywood to the music industry.
Lady Gaga, nominated for best pop vocal album for "Joanne" showed up in a dramatic, Goth-inspired midnight black gown with a high Victorian collar and sparkling lace. Perched high on her shoulder was a demure nosegay of white rose buds.
Kelly Clarkson held a long-stemmed rose in her hand as she chatted on the carpet, its white contrasting with her black gown which included elaborate gold embroidered sleeves.
The rose, Clarkson said, "represents hope and peace and sympathy and peace, and I thought those are very lovely things for any human being to encompass."
"Girls Just Want to Have Fun" singer Cyndi Lauper, who launches a tour with Rod Stewart this summer, told E television network host Ryan Seacrest that women make up 51 per cent of the workforce.
"It's about time we're paid equally," said Lauper, highlighting the movement's focus on gender-based salary disparities.
Singer Pink even found room for a white rose amid the flurry of fuchsia, electric blue and jet black marabou feathers making up her dress.
Bebe Rexha's La Perla gown, appeared, however, to have no room to accommodate a flower. Rexha opted instead to put her rose on her clutch.
Songwriter Diane Warren, meanwhile, wore gloves worthy of Wonder Woman, with the words "Girl" and "Power" scrawled across each set of knuckles.
The roses were not just for the women. Nominee Khalid wore a white rose on a cool white jacket worn over a turtleneck in chartreuse, while Sam Smith's flower contrasted with his emerald green suit.
Sting, accompanied by musician Shaggy, looked dapper with a jaunty silk ascot, pink shirt and white handkerchief folded to resemble a rose in the pocket of his black jacket.
Singer Joy Villa, who made headlines in 2017 with her "Make America Great Again" gown in support of President Donald Trump - made another highly charged statement. Eschewing the white roses worn by others, Villa showed off a white gown hand-painted with the image of a fetus in a rainbow-colored womb, accessorised by a "Choose Life" purse.