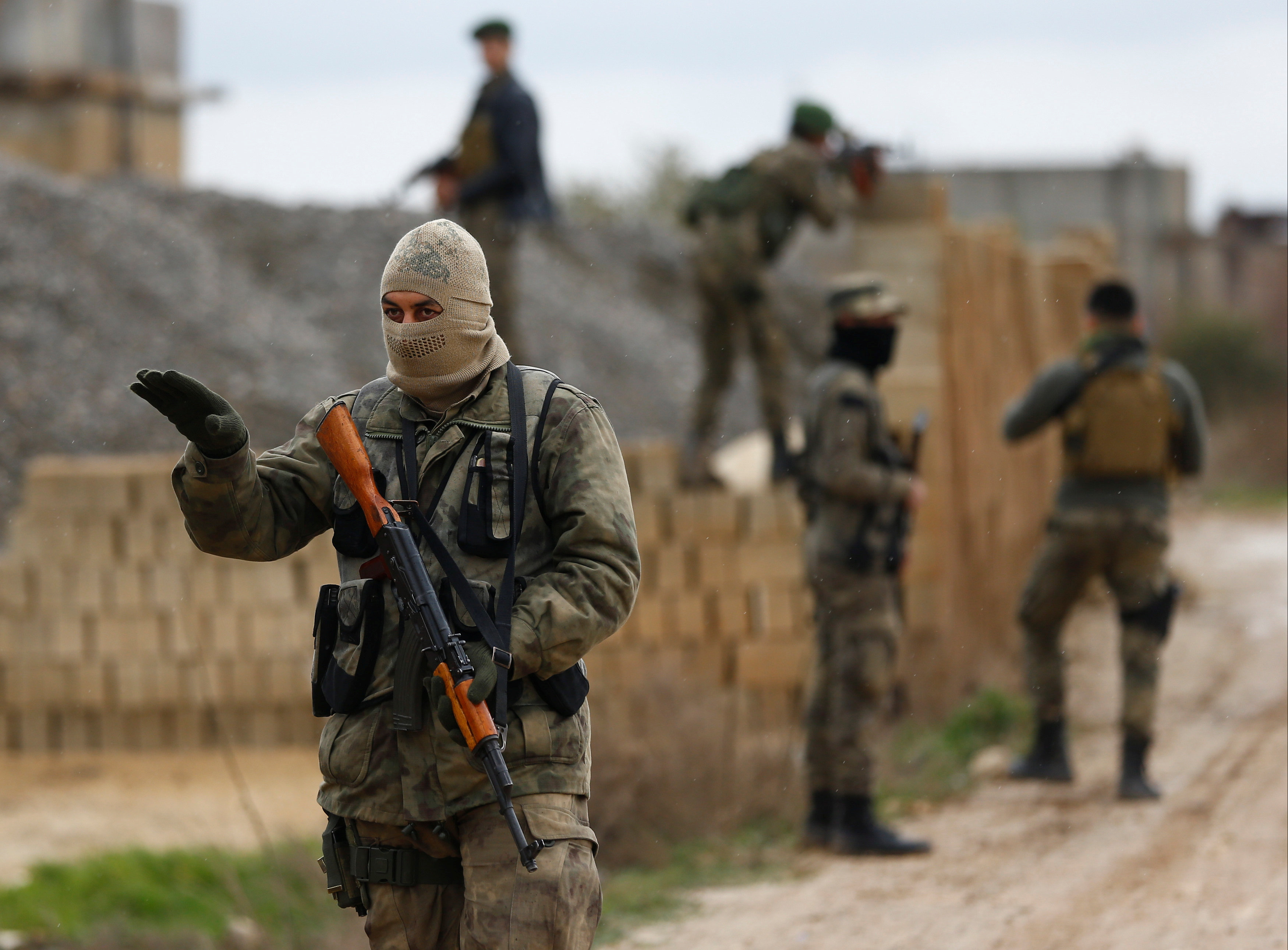 Ankara/Beirut: President Tayyip Erdogan said on Wednesday Turkey would extend its military operation in Syria to the town of Manbij, a move that could potentially bring Turkish forces into confrontation with those of their NATO ally the United States.
Turkey's air and ground "Operation Olive Branch" in the Afrin region of northern Syria is now in its fifth day, targeting Kurdish YPG fighters and opening a new front in Syria's multi-sided civil war.
A push towards Manbij, in a separate Kurdish-held enclave some 100 km (60 miles) east of Afrin, could threaten US plans to stabilise a swath of northeast Syria.
The United States has around 2,000 special forces troops in Syria, officially as part of an international US-led coalition, assisting the Kurds in battle against IS.
None of the Americans are known to be based in the Afrin area, but they are deployed in the Kurdish-held pocket that includes Manbij. Washington has angered Turkey by providing arms, training and air support to the Syrian Kurdish forces, which Turkey considers enemies. "With the Olive Branch operation, we have once again thwarted the game of those sneaky forces whose interests in the region are different," Erdogan said in a speech to provincial leaders in Ankara.
"Starting in Manbij, we will continue to thwart their game."
Differences over Syria policy have already strained Turkey's relations with Washington almost to a breaking point.
For the United States, the YPG is a key ally against both IS extremists and Syrian President Bashar Al Assad's forces.
A Turkish operation in Manbij would be fraught with risk due to the presence of the US military personnel in and around the town.
They were deployed there last March to deter Turkish and US-backed rebels from attacking each other and have also carried out training missions in Manbij.
President Donald Trump plans to raise the US concerns over the Turkish offensive in a telephone call with Erdogan expected on Wednesday, a senior US official said.
In an interview with Reuters, Turkey's government spokesman said he saw a small possibility that Turkish forces could come face-to-face with the U.S. troops in Manbij.
US-backed Syrian fighters in the Manbij area have deployed to frontlines to confront any Turkish assault and are in contact with the US-led coalition over defending the town, their spokesman Sharfan Darwish said on Wednesday.
"We are in full readiness to respond to any attack."
Rockets fired from Afrin struck the Turkish border town of Kilis, wounding 13 people in the area, the local governor said, the latest in what have been a series of such attacks since the start of the operation.
Dozens of combatants have been killed since Turkey launched the offensive, said the Britain-based Syrian Observatory for Human Rights, which monitors the war.
Turkish shelling and airstrikes in Afrin have killed 28 civilians, while two civilians were killed as a result of YPG shelling near Azaz, a town held by Turkish-backed opponents of President Bashar Al Assad, the monitoring group said.
Turkey said three of its soldiers had been killed.
Observatory head Rami Abdulrahman said 48 Turkey-backed Syrian fighters with Free Syrian Army groups had been killed and that the death toll among the Kurdish YPG so far stood at 42.
The Turkish military said it had killed at least 287 Kurdish fighters and IS militants in the offensive.
The US-backed Syrian Democratic Forces (SDF) umbrella group led by the Kurdish YPG said there was no IsS presence in Afrin and Turkey had exaggerated the number of dead.
Communication between the United States and Turkey has continued over Syria, despite the countries' differences.
Turkish Foreign Minister Mevlut Cavusoglu said he spoke to US Secretary of State Rex Tillerson, who, he said, had suggested the formation of a "30 km security line" inside Syria, the state-run Anadolu news agency reported.
Turkey has previously sought such buffer zones in parts of Syria near its southern border.
A senior US official said that as of Tuesday the Turks had not been ready to engage in detail on such a proposal.
Bad weather, including heavy rain, has hampered Turkey's offensive.
Heavy clouds have hindered air support, limiting advances, and Kurdish militia have retaken some territory.
Turkish troops and allied Syrian fighters have been trying to take the summit of Bursaya Hill, overlooking the eastern approach to Afrin town. "Turkey has not been able yet to shore up its control over any of the villages it has advanced on," said the Observatory's Abdulrahman.
He attributed this to fierce resistance from YPG fighters who are from Afrin, and the hilly terrain of the area.
Afrin is separated from Manbij and the rest of the territory held by the Kurdish-led forces by a strip of land held by Assad's government forces. In 2016, the Kurdish-led SDF pushed IS militants out of Manbij.
Erdogan has accused the United States of reneging on a promise to ensure that Kurdish fighters would return the town to Arab control.
US, British and German volunteers who fought against IS alongside Kurdish-led forces in Syria are also now in the Afrin area to help confront Turkey, the SDF said.
US Defence Secretary Jim Mattis has said Turkey's offensive is distracting from efforts to defeat IS.
The United States has hoped to use the YPG's control of territory to give it the diplomatic muscle it needs to revive UN-led talks in Geneva on a deal that would end Syria's civil war and eventually lead to Assad's removal.