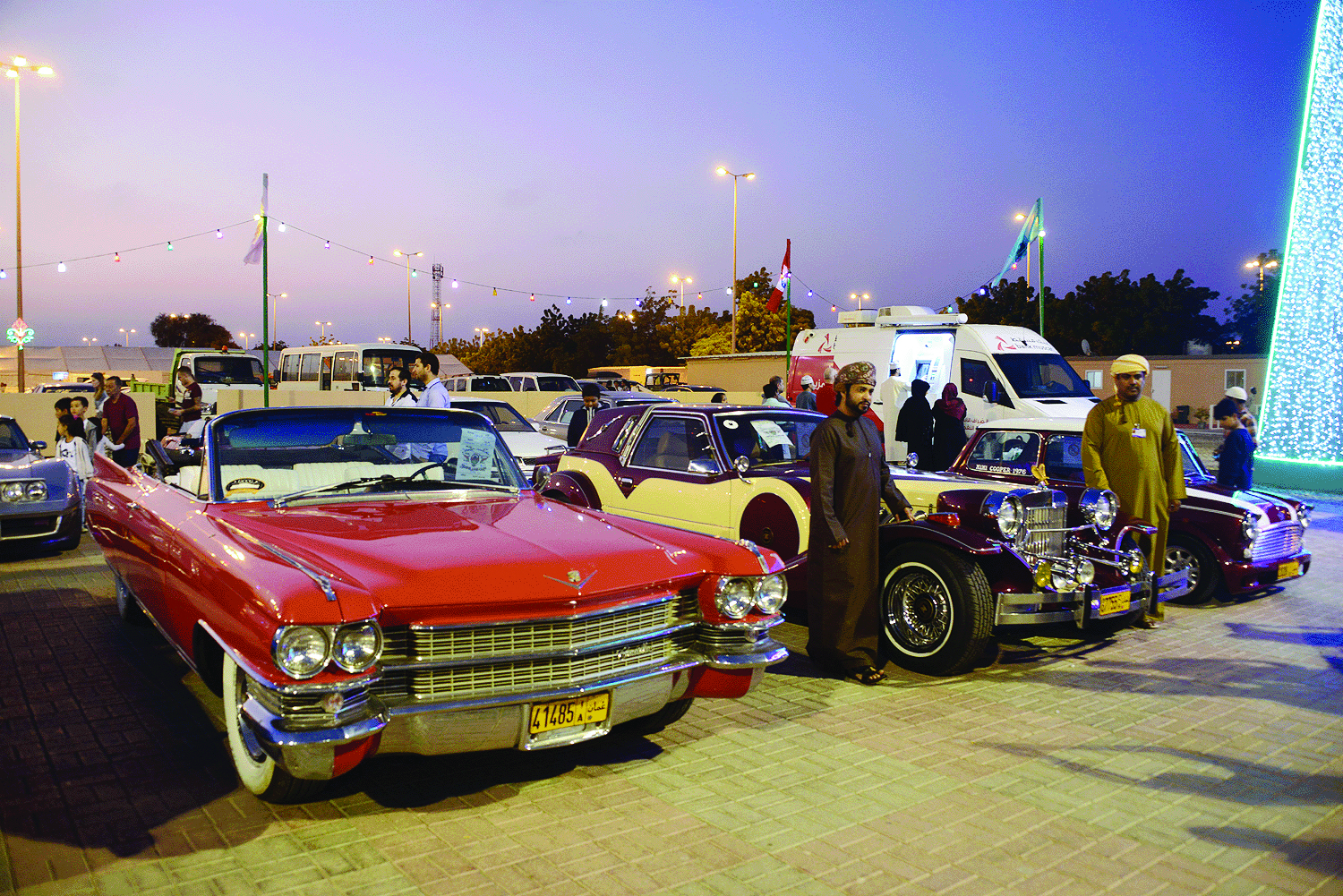 Classic Cars Club, part of the Oman Automobile Association, is participating for the first time in the Muscat Festival at Naseem Garden. One of the club members said, “We offer various classic cars; some are 100 years old, and some date back to the 70s and 80s.”
**media[812963]**
Fifteen classic cars are being shown every Friday at the festival. The total number of classic cars participating in the Muscat Festival is 60. Only one car out of the 60 will be on show throughout the festival. “There is a classic Land Cruiser, which will be available throughout the festival,” the club member added. The different car models participating in the festival are – a Rolls Royce 1976 model, an AC Cobra 1973 model, Cadillac cars, and other classic cars.
**media[812961]**
The president of the Oman Automobile Association, Elias Al Zadjali, noted, “We participated about two years ago in December 2016 in Ras Al Khaimah, United Arab Emirates, and in the Kingdom of Saudi Arabia in the classic cars exhibition, which was held for three days.
**media[812962]**
“We won two awards for the most prestigious European cars for the Rolls Royce 1976 model,” Elias Zadjali remarked. They also won first place in the classic Bugatti category, with a model that was made in 1927. The classic cars show received a good response from visitors at Naseem Garden. 15-year-old Ali Mohammed stated, “I’m a huge fan of the elegant classic cars. It was very interesting to see them up close, and I dream of owning one of these cars in the future.”