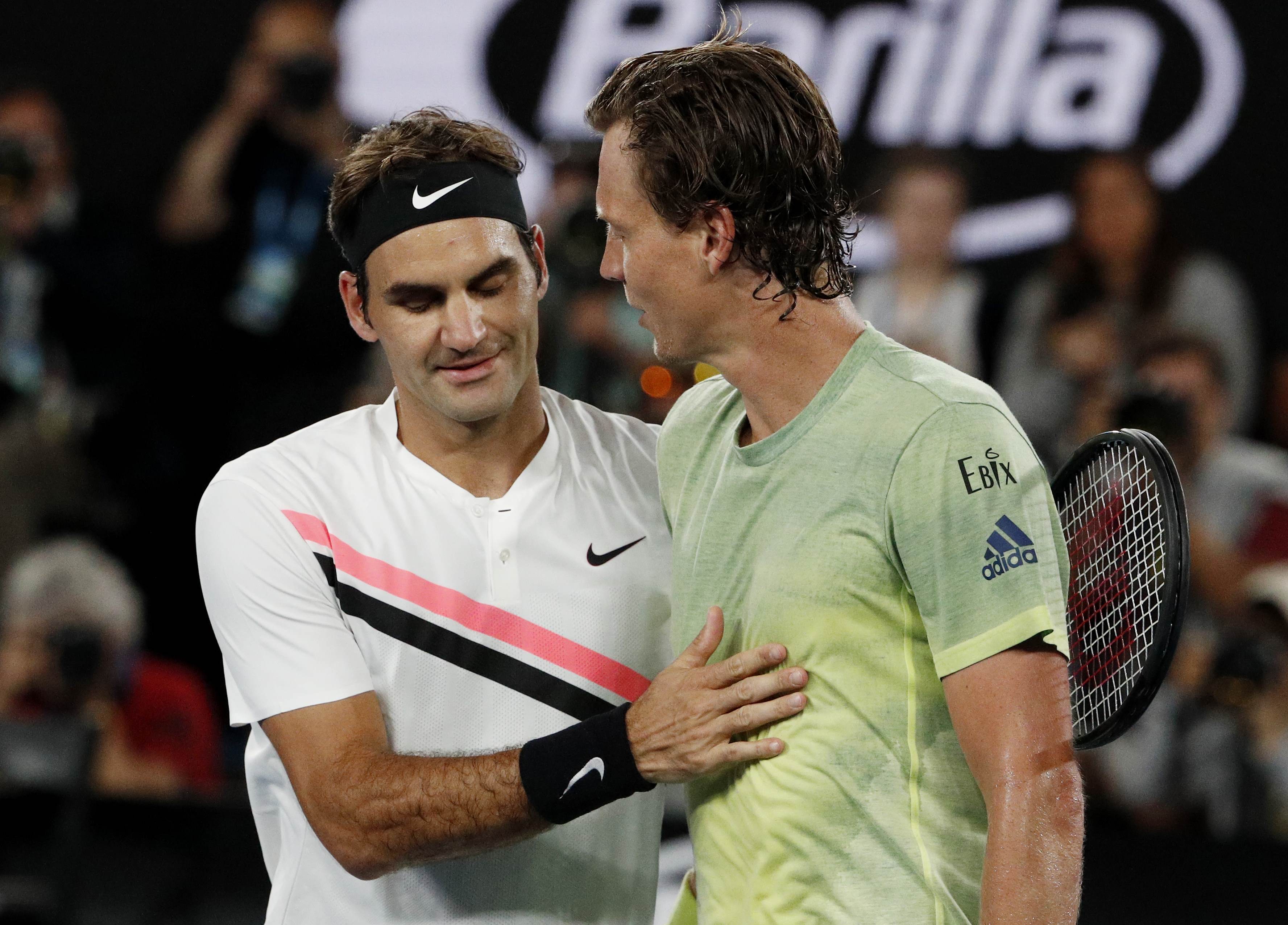 Melbourne: Defending champion Roger Federer argued with an umpire but mostly let his racket do the talking as he beat Tomas Berdych for the ninth time running to reach the Australian Open semifinals on Wednesday.
Despite the 7-6 (1), 6-3, 6-4 scoreline, it was not all smooth sailing against the burly Czech for the 36-year-old Federer as he arrived in the last four of a Grand Slam for the 43rd time -- and the 11th time without dropping a set.
Federer trailed early on, but 19th seed Berdych faltered when serving for the first set at 5-3 when Federer was infuriated by the malfunction of the Hawkeye video replay.
Berdych had one set point which Federer saved with a sweetly-struck backhand and another backhand went past him to give the Swiss the break back.
Second seed Federer turned on the style in the tiebreak, allowing Berdych a solitary point, and then wrapped up the second set with a single break of serve.
Berdych could have thrown in the towel when he fell behind in the third set, but kept Federer on his toes by breaking back.
It only delayed the inevitable, though, as Federer broke again and completed the job with a love service game to set up a meeting with South Korean sensation Chung Hyeon for a place in the final.