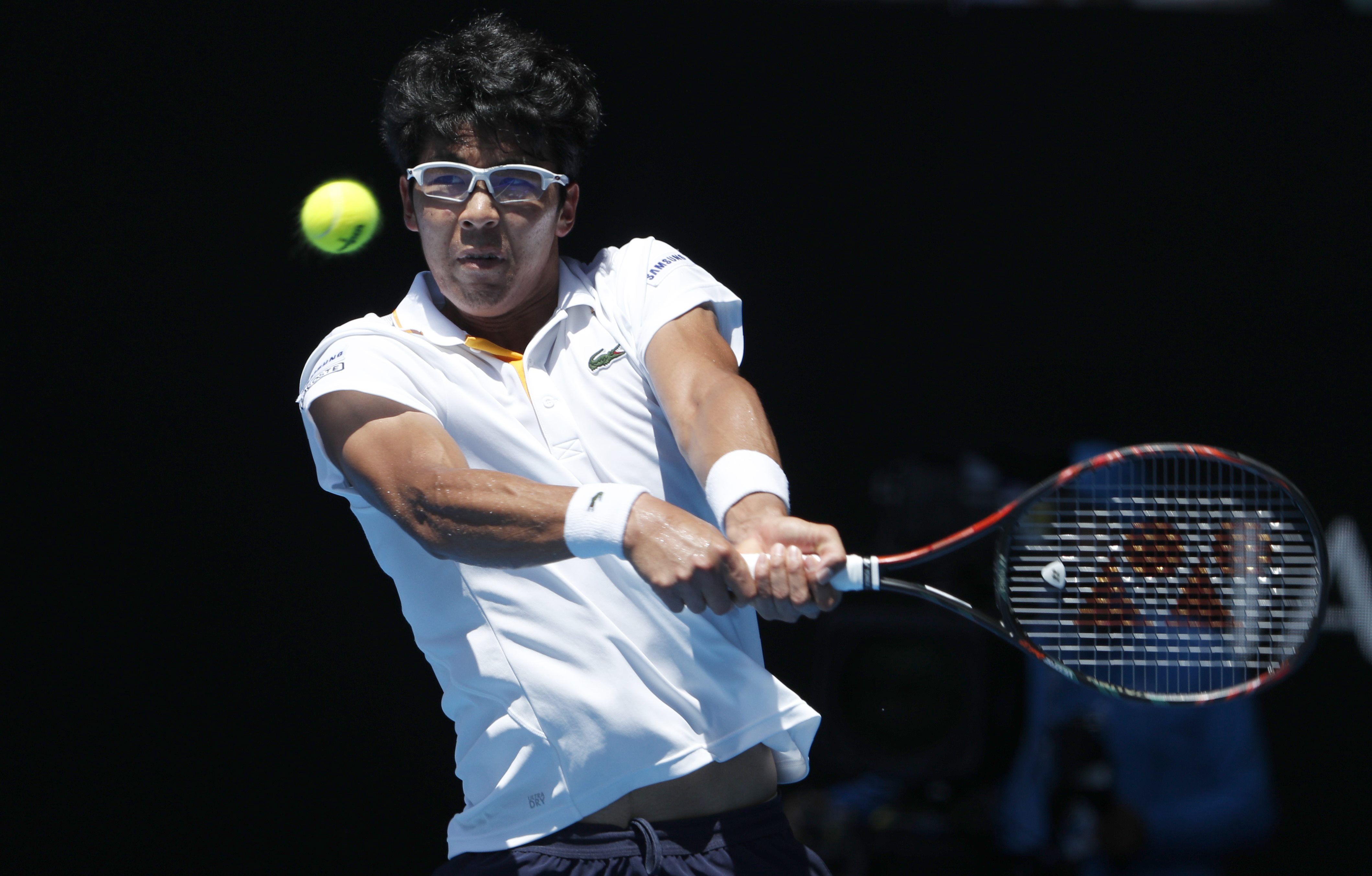 Melbourne: Chung Hyeon's trailblazing run through the Australian Open continued on Wednesday as the South Korean tossed American Tennys Sandgren aside 6-4, 7-6 (5), 6-3 to become his nation's first Grand Slam semifinalist.
Bespectacled like Clark Kent but playing like Superman at a sunbathed Rod Laver Arena, world No. 58 Chung became the lowest ranked player into the last four at Melbourne Park since Marat Safin in 2004.
The 21-year-old wobbled when serving out the match, squandering a 40-0 lead and seeing a total of five match points disappear into a cloudless sky as world No. 97 Sandgren battled gamely.
But his raw power ultimately prevailed, a blazing forehand into the corner causing a scrambling Sandgren to push his desperate retrieve well past the baseline.
"I don't know, in the last game at 40-0, I thought it was time to do a ceremony or something like that," Chung told Jim Courier in the on-court interview. "After the deuce break point, no ceremony, just keep focused."
Chung will meet the winner of Roger Federer and Tomas Berdych for a place in the final, and will be full of confidence after another hugely impressive display in his break-out Grand Slam.
He showed great composure to come back from a break down in the second set, after Sandgren belatedly found some energy after a heavy-legged opening set.
Chung, who became the east Asian nation's first Grand Slam quarterfinalist by toppling six-times champion Novak Djokovic in the previous round, acknowledged thrilled South Korean fans draped in flags in the terraces and the TV audience back home.
"To all my fans, friends back in Korea. I'm not done yet. See you on Friday," the muscular tyro said on court as his delighted parents beamed in the players' box.