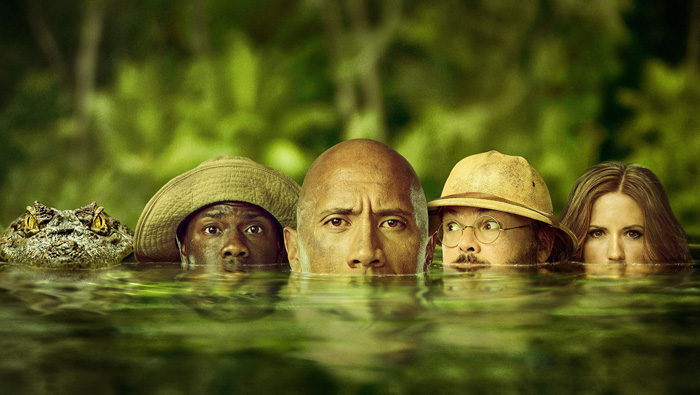 Sony's "Jumanji: Welcome to the Jungle" is dominating the North American box office to easily win the four-day Martin Luther King Jr. weekend with about $33.4 million at 3,849 sites, estimates showed Sunday. Fox's "The Post" is leading the rest of the pack handily and topped forecasts with $22.2 million at 2,819 locations for Friday-Monday after expanding from 36 sites. The opening of Lionsgate's Liam Neeson's thriller "The Commuter" also topped expectations in third place with $16 million at 2,892 venues.