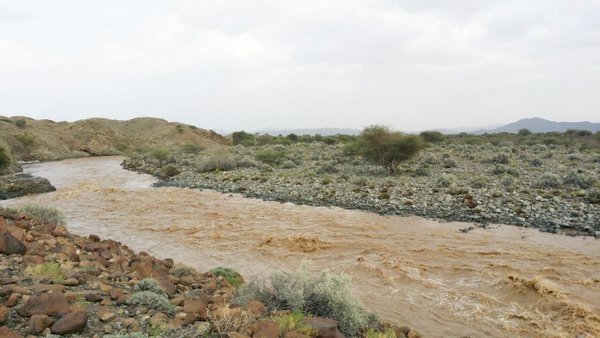 Muscat: A cold front will bring the return of rain by Tuesday in a few locations in Oman and UAE, a meteorologist from Accuweather.com has said. The rain is expected in the range of 25-50 mm.
Get your essential daily briefing delivered direct to your email inbox with our e-newsletter
“This cold front will bring isolated showers and thunderstorms to central Saudi Arabia on Monday. Storms will move to the south into the UAE and northeastern Oman by Tuesday, then into much of eastern Oman on Wednesday and on Thursday,” Adam Douty, the meteorologist from Accuweather.com, said.
Read also: Heavy rain in Sharqiyah, Quriyat and Al Qaabil
“From Wednesday into Thursday, the threat for thunderstorms will move to the south into much of eastern Oman. Locally heavy thunderstorms will develop from Al Ain to Rustaq which are the same areas that saw flooding rainfall earlier in the month. A few locations could see as much as 25-50 mm (1.0-2.0 inches) of rain,” the meteorologist added.
While these storms are not expected to pose as much of a flooding threat compared to previous storms between March 7 and March 10, isolated flash flooding is possible.
The greatest threat for thunderstorms in Muscat will extend from Tuesday night, through Wednesday and into Wednesday night. It will not rain this entire time, this is when rainfall is most likely.
While flooding may not be as severe as earlier in the month, any flash flood can be deadly. Water levels in normally dry rivers could quickly rise, even if it is not raining at your location.
As the cold front responsible for producing these thunderstorms moves out of the region later in the week, dry weather is expected to return by Friday.
Meanwhile, Oman meteorology department on Sunday predicted flash flood, thundershower and hailstorm from Tuesday untilThursday in Muscat, Mussandam, Buraimi, Dhahira, Batinah, Sharqiyah, Al Wusta and Dhofar, due to a deep upper air trough.