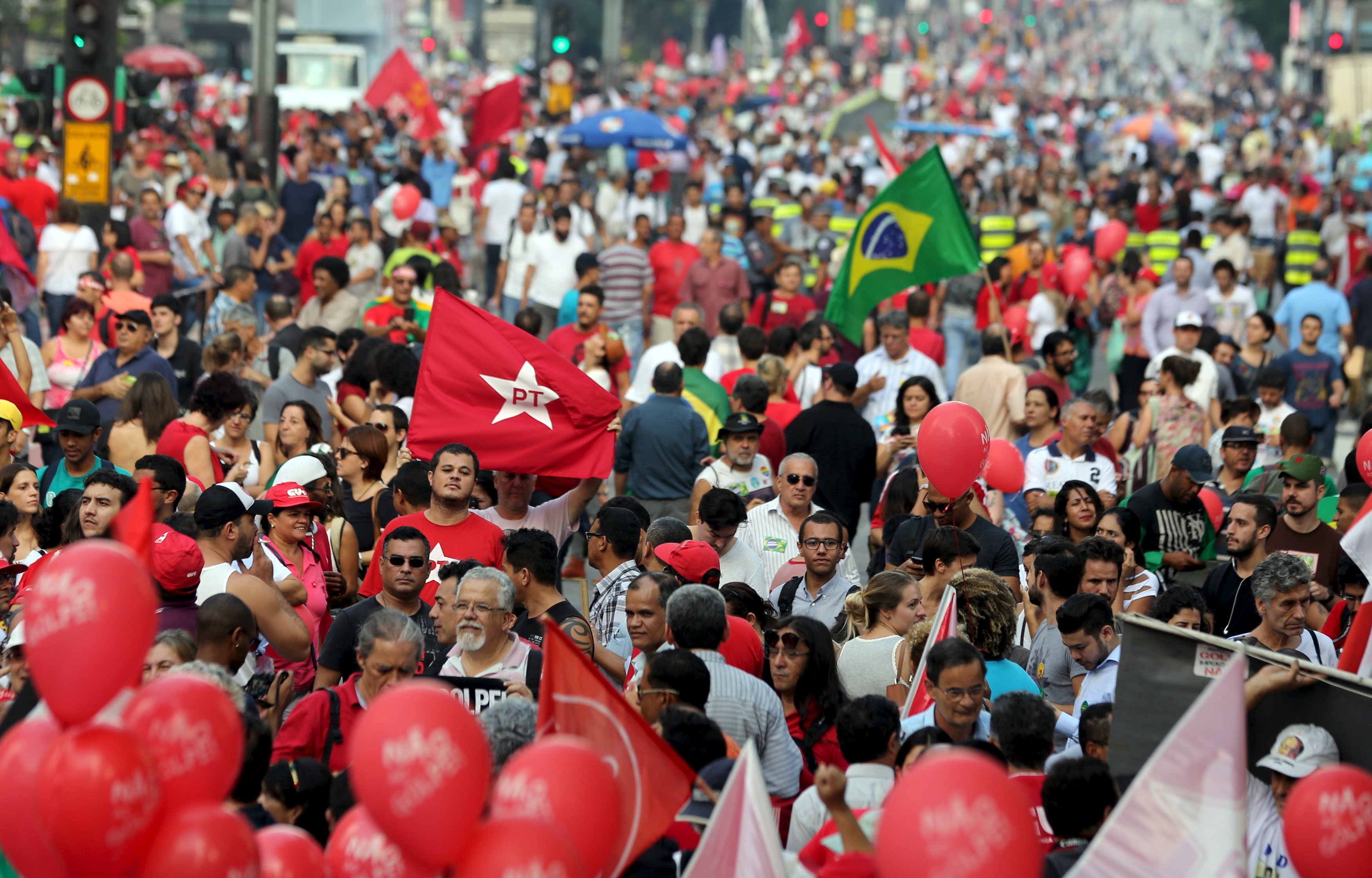 Brasilia/Sao Paulo: Brazil's ruling coalition lacks the votes in the Senate to defeat a request to remove left-leaning President Dilma Rousseff from office if it is approved by the lower house, a senior senator in the coalition's largest party said on Sunday.
The leading member of the Brazilian Democratic Movement Party (PMDB), who asked not to be identified because of the sensitive nature of the issue, told Reuters the coalition could not rally the one-third of votes needed in the 81-seat Senate to stop Rousseff being dismissed.
On Sunday, Estadao newspaper quoted sources close to Senate Speaker Renan Calheiros, also a member of the PMDB, as saying he believed that if the lower house approves the ongoing impeachment process it would create an unstoppable wave of support for removing Rousseff.
A spokesman for Calheiros was not immediately available for comment.
Congress' lower house opened impeachment proceedings last week against the unpopular Rousseff based on opposition allegations that she deliberately manipulated government accounts to boost her chances of reelection to a second term in 2014. Rousseff, a former Marxist guerrilla who is Brazil's first female president, has vigorously denied any wrongdoing.
The impeachment process only adds to the crisis that has hit Brazil, shaken to the core by its biggest ever corruption scandal - an investigation into political kickbacks to the ruling coalition from contractors working for state oil company Petrobras.
Rousseff's government is also grappling with the worst recession in decades in Latin America's largest economy and an epidemic of the mosquito-borne Zika virus, as it scrambles to host the Olympic Games in Rio de Janeiro in August. A survey published on Saturday by polling firm Datafolha showed support for Rousseff's impeachment rising to 68 per cent, close to the record level of 71 percent reached in August.
With opposition parties hurrying along proceedings, a special impeachment committee could present its findings as soon as mid-April.
A plenary session of the lower house would then need to vote on whether to send Rousseff for trial in the Senate. The senior PMDB source told Reuters that, if the lower house gives the green light for a trial, the ruling coalition lacks the one-half votes in the Senate needed to refuse the request to try her there.
That would mean Rousseff would automatically be suspended from office and Vice-President Michel Temer, the leader of the PMDB, would take over for six months during the trial.
"If the lower house cannot block impeachment, then we in the Senate have no way of blocking it," the senator said, adding that he believed the president would be removed from office.
Last weekend, more than 1 million people poured into the streets of several cities to demand Rousseff's departure, the biggest in a wave of protests calling for her resignation.
A pro-government protest on Friday led by former president Luiz Inacio Lula da Silva, drew nearly 100,000 people in Sao Paulo. Rousseff appointed Lula as her chief of staff on Wednesday, hoping to capitalise on his political influence to rally support in the lower house to halt the impeachment process.
However, the move sparked protests in several cities as the opposition slammed the move as an attempt to shield Lula from prosecutors' charges of money laundering and fraud in the Petrobras investigation.
Ministers can only be tried by the Supreme Court, putting Lula out of reach of the task force in the southern city of Curitiba that is leading the Petrobras probe.
A Supreme Court judge on Friday struck down Lula's appointment saying it appeared aimed at perverting the course of justice, after the judge leading the Petrobras probe released recordings that he said showed Rousseff and Lula discussing how to block the investigation. Both Lula and Rousseff denied this.
Lula's lawyers said on Sunday they had appealed to the head of the Supreme Court to overturn the suspension of his ministerial appointment.