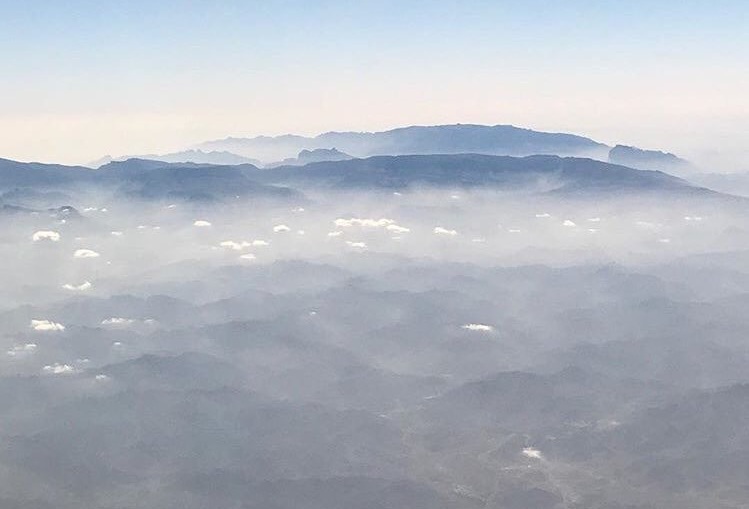 Announcing his arrival, Yusuf tweeted a beautiful skyline of Oman from the aircraft.

“Just landed in Oman. This is one of the reasons why I love this country. Spectacular scenery Image was taken from the plane. But to truly experience the magic, you have to visit :),” his tweet read.

Yusuf will perform at the Royal Opera House Muscat (ROHM) this weekend.

The acclaimed singer-songwriter and musician will present a unique concert at the ROHM this coming Saturday. His beautiful songs about humanity are sure to inspire and thrill the audience. Sami Yusuf is an international celebrity and the youngest recipient of the Honorary Doctor of Letters Award for “Invaluable contribution to the field of music”.

Yusuf is recognised for possessing enormous talent as an instrumentalist, composer, arranger, and producer, as well as an influential humanitarian.

His strikingly strong, clear voice is heard live worldwide and on radio and television. Sami Yusuf’s rise to fame began in 2003 at the age of 23 with the release of his hit album Al Mu’allim. Yusuf’s seventh album, Barakah, released in 2016, is a collection of songs on the theme of a continuing spiritual journey.

To date he has sold more than 34 million albums. He performs to sold-out venues throughout Europe, the Middle East, North America, and North Africa. In Istanbul over 250,000 people attended Sami Yusuf’s concert in Taksim Square, making it one of the world’s largest live concert gatherings.

The Guardian named him “the biggest British star in the Middle East” and Time Magazine dubbed him “Islam’s Biggest Rock star”, while the United Nations appointed him a UN Global Ambassador Against Hunger and recognized him as a promoter of world peace and harmony.