Hamilton happy after fighting back for podium 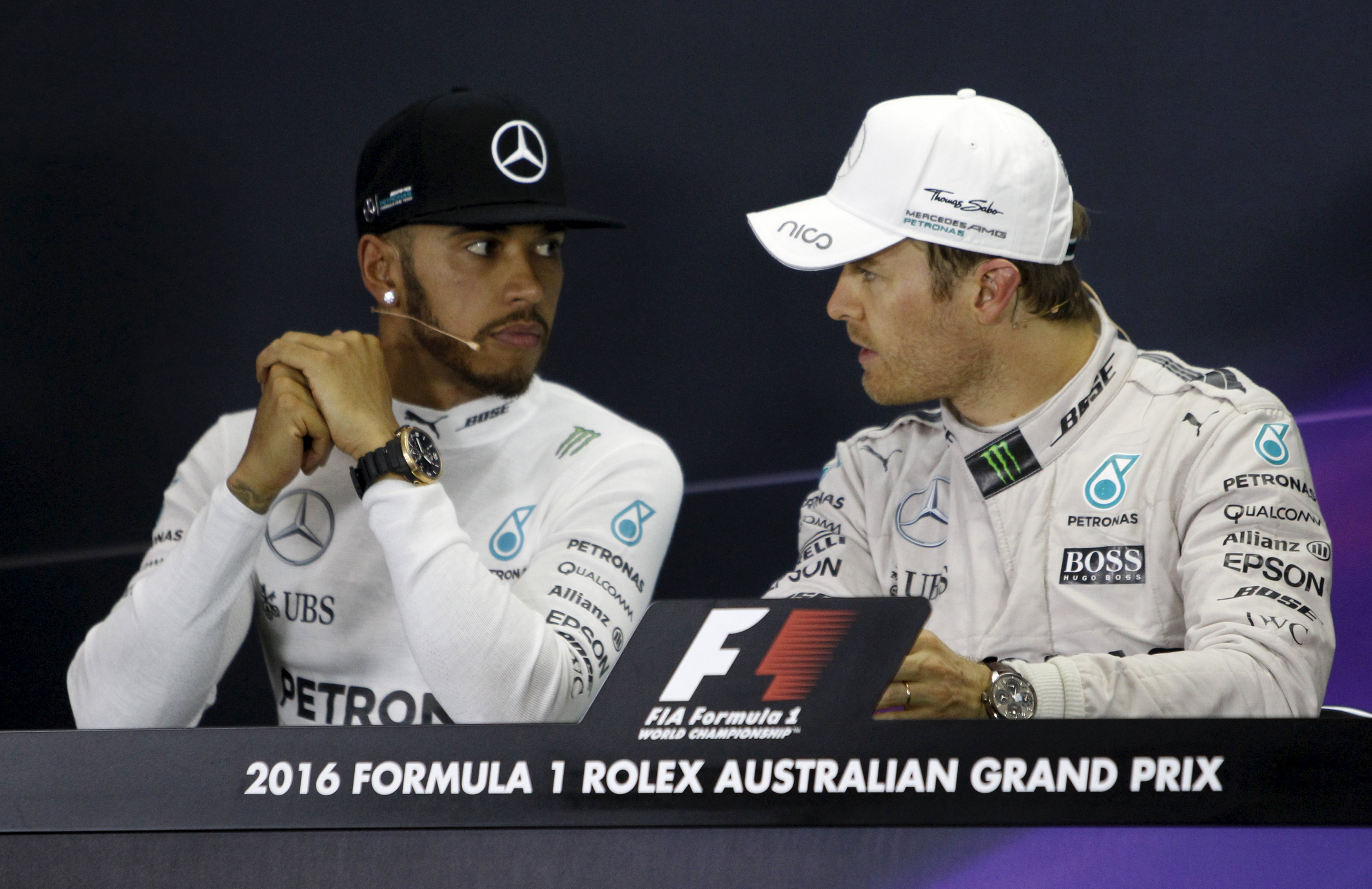 Melbourne: Defending Formula One champion Lewis Hamilton was happy to limit the damage of a terrible start and fight back for second place behind Mercedes team mate Nico Rosberg at the Australian Grand Prix on Sunday.
Pole-sitter Hamilton could do little to prevent Ferrari's fast-starting Sebastian Vettel from roaring to the front from third on the grid and the Briton then fell back to sixth after making contact with Rosberg at the first turn.
Hamilton soon moved up a place before getting stuck behind teenage Toro Rosso driver Max Verstappen but the race turned on its head when McLaren's Fernando Alonso was involved in a huge crash that brought out the red flag at lap 18.
Frustrated by his lack of progress, Hamilton changed to the medium compound tyres shortly before the race was halted and his one-stop gamble paid dividends as the durable tyres held out and gave him enough breathing room to see off third-placed Vettel.
"Well, generally for me a great race," he told reporters.
"Having to fight back from behind, it's very, very hard to follow as we all know from the history here.
"I did the best I could with a difficult start and yeah, just grateful I got back.
"(It was) damage limitation really because obviously Nico could have got a lot more points than me today."
Rosberg has now won four races in succession after sweeping the final three races last season in the wake of Hamilton clinching his second successive championship with Mercedes in Texas.
The intra-team rivalry between the German and the Briton has been heated at times and could prove so again this season but on Sunday the pair hugged after the race in a rare sporting moment.
The good relations continued in the post-race media conference with Rosberg offering an apology for the start that set the Briton back.
"If I did push you out wide then I apologise, of course, that was not the intention," he said.
Hamilton spoke of Ferrari hiding something "up their sleeve" before qualifying and had they chosen a better tyre strategy, the season could have started with a Vettel win.
"Ferraris obviously are there and in the battle as you've seen today, so hopefully some exciting races coming up ahead of us," Hamilton added.