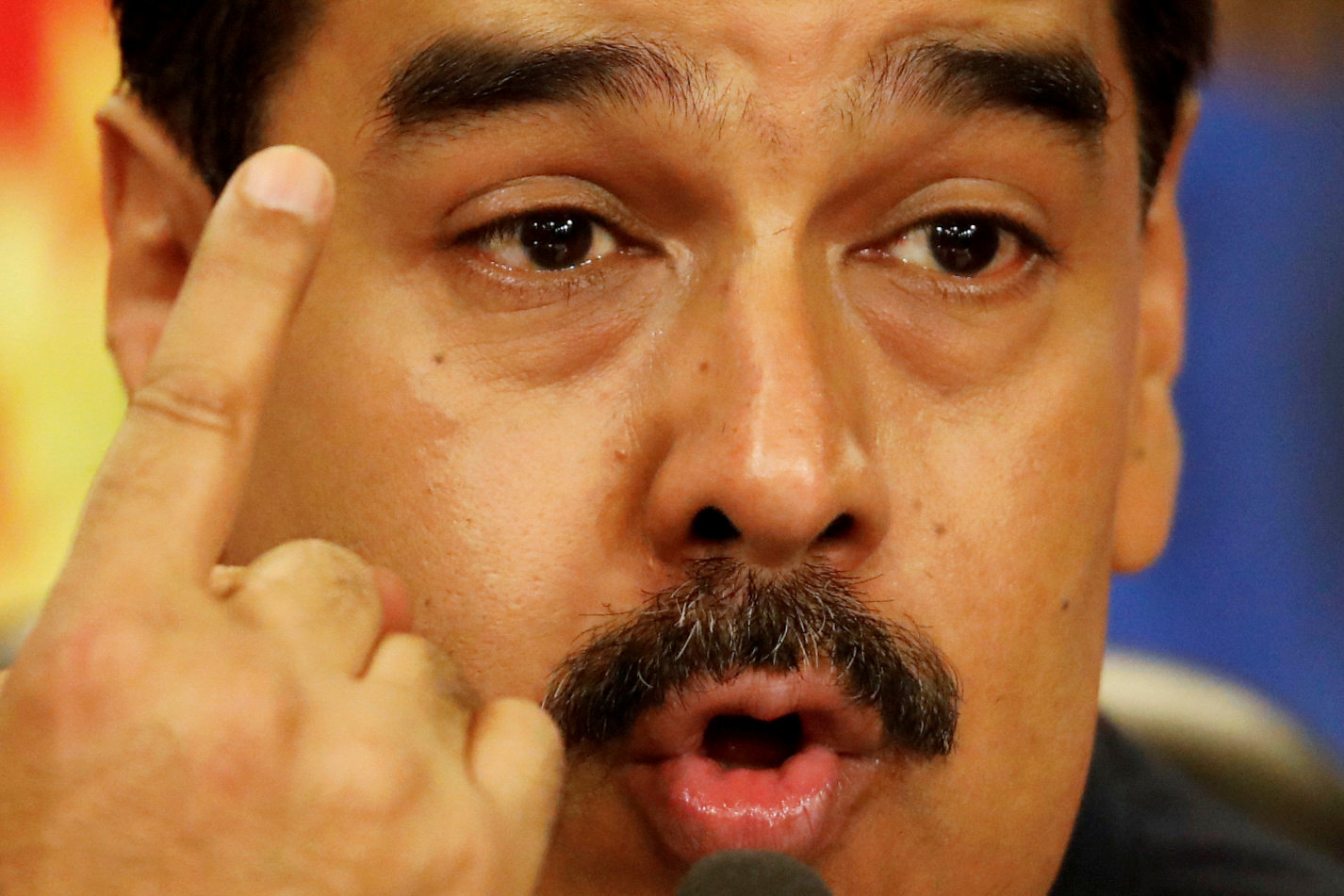 Caracas: A former oil minister excoriated Venezuelan President Nicolas Maduro in a newspaper column on Sunday, accusing the leftist leader of behaving like biblical King Herod and plunging the oil-rich nation into economic devastation.
Rafael Ramirez, who was the all-powerful head of the oil ministry and state energy company PDVSA for a decade, has long been a rival of Maduro.
In recent months, Ramirez has grown increasingly critical of Maduro's handling of a fourth straight year of recession that has triggered malnutrition, widespread food and medicine shortages, the world's steepest inflation, and a surge in emigration.
A furious Maduro ordered Ramirez to resign as the nation's United Nations ambassador in New York last month after an article entitled the "The Storm” was perceived as an attack on his government.
Ramirez fled the United States in December for an undisclosed location before Venezuela’s state prosecutor accused him of corruption during the time he commanded the world's largest crude reserves.
In his sharpest critique to date, Ramirez on Sunday published a 3,000-word column in local newspaper Panorama, comparing Maduro to Herod, the Roman-appointed king of Judea who was accused of mass infanticide.
"You are killing the revolution,” Ramirez wrote, without using Maduro's name.
"With a mix of arrogance, ignorance, incompetence, cynicism, and a lot of irresponsibility, you have brought our people to an unimaginable level of suffering and humiliation,” he added, also accusing Maduro’s inner circle of corruption and authoritarianism.
"If our Commander (late leader Hugo Chavez) were with us, standing in line for food, or walking the streets of Caracas seeing children looking through garbage, what would he do? And what would you tell him?"
The government did not respond to a request for comment about the article.
The political opposition says Ramirez is a hypocrite who is also responsible for Venezuela's economic meltdown.
They say he destroyed PDVSA by filling the company's roster with political loyalists and letting at least $11 billion go "missing" during his tenure.
Insiders say accusations against Ramirez stem from a turf war among ruling Socialists, especially ahead of next year's presidential election, rather than a real desire to root out graft.
In recent months authorities have spearheaded an anti-graft purge of the oil sector, jailing 69 top managers including two former oil ministers. Critics say the arrests are designed to consolidate the unpopular Maduro’s control of the industry which brings in over 90 per cent of foreign currency.
In the latest development, anti-government union leader Ivan Freites, who frequently gave information about problems at Venezuela's ailing refineries, said on Twitter over the weekend he had been summoned by intelligence agents. Political sources said he had left the country.
Reuters was unable to verify the information or contact Freites.
In his article, Ramirez urged top government officials to speak out against Maduro's purge before it is too late.
"Today it's me, tomorrow it will be you," Ramirez wrote.