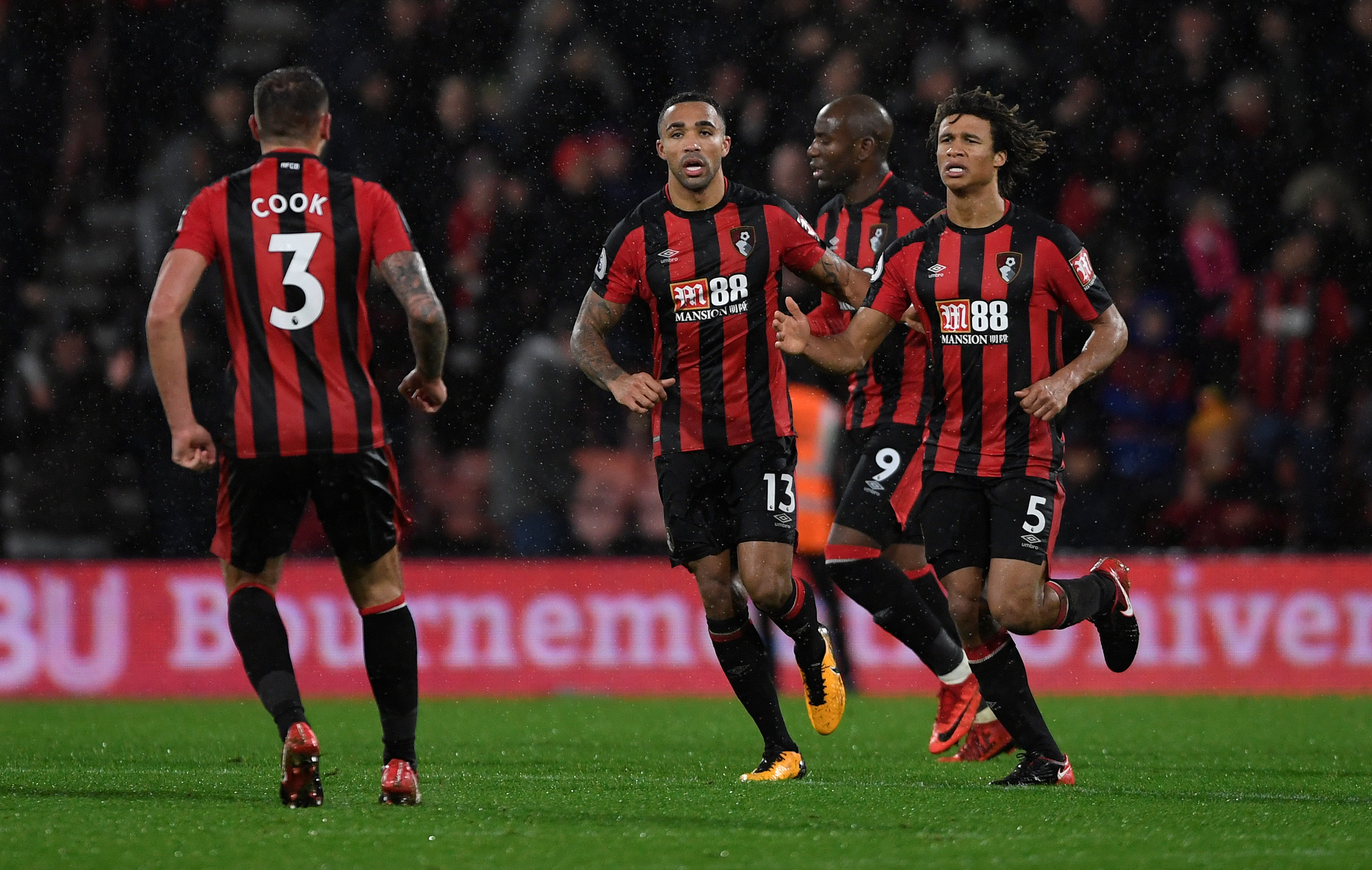 London: A controversial stoppage time goal by Callum Wilson earned Bournemouth a 3-3 draw at home to West Ham United after two late goals by Marko Arnautovic appeared to have given the visitors an unlikely win.
Bournemouth had responded well to going behind to James Collins' early header to lead with goals by Dan Gosling and Nathan Ake either side of the interval and were close to scoring more on several occasions.
A costly slip by Bournemouth keeper Asmir Begovic gifted Arnautovic an equaliser in the 81st minute and Begovic was at fault again when another mistake allowed Arnautovic to strike again in the 89th minute.
The drama was not over though as Wilson netted only for a linesman's flag to appear to have ruled it out.
After a lengthy consultation between referee Bobby Madley and his assistant, however, the goal was allowed to stand.
The draw left Bournemouth third from bottom with West Ham a point and a place better off.