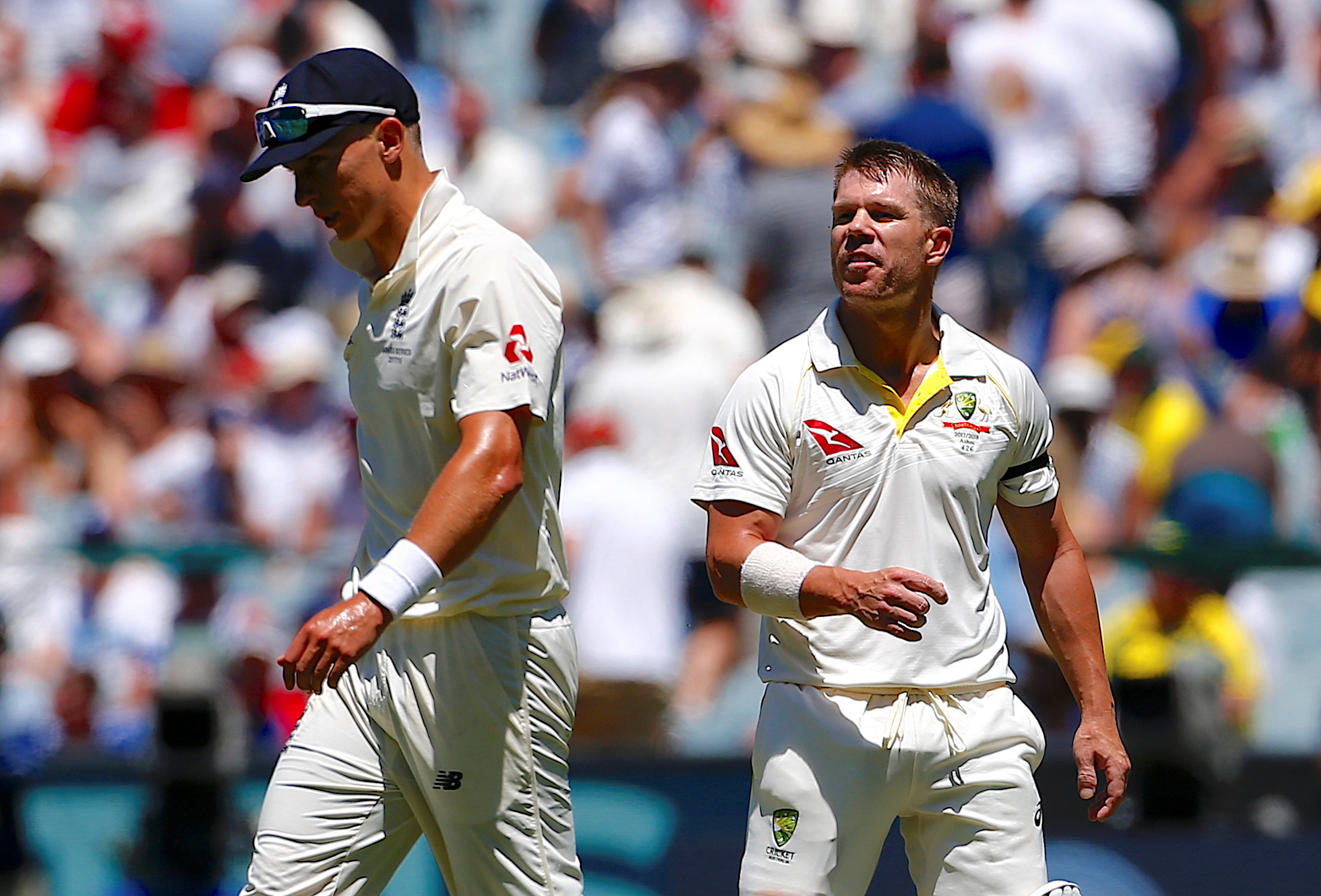 Melbourne: A Boxing Day Test debut that promised the elation of a key wicket for Tom Curran went sour in the space of two deliveries on Tuesday as the rookie England paceman had David Warner caught on 99 with a no-ball.
Surrey seamer Curran, who replaced the injured Craig Overton in Joe Root's team, had pinned down Warner after lunch on day one at a heaving Melbourne Cricket Ground, eventually coaxing the pugnacious opener into a clumsy pull-shot that was caught at mid-on.
Curran celebrated wildly with his teammates as Warner trudged off furious with himself, but it was a fleeting moment of jubilation, with the replay showing the 22-year-old bowler had overstepped the mark.
Warner promptly returned to the crease as the terraces roared in delight and pushed a single on the next ball to raise his 21st Test century, leaving Curran pondering the agony of what could have been.
James Anderson limited the damage by having Warner caught behind for 103, but Curran finished his first day wicketless for 44 runs and Australia marched to 244 for three and a position of strength at stumps.
"I was gutted for him," pace veteran Anderson told reporters.
"It was hard to watch really seeing the elation in his face, then watch it drained from his face seconds later when the big screen showed his foot came over the line.
"It's one of those things, you've got to learn the hard way and unfortunately for him it's on debut at the Boxing Day Test match so I'm sure he'll be behind the line from now on."
Warner's wicket put Anderson on 519 Test scalps, equal fifth on the all-time list with West Indies pace great Courtney Walsh.
But it was a mostly frustrating day for he and his fellow quicks on a flat and slow MCG wicket.
The drop-in pitch usually offers something for the bowlers in the first morning but proved to be a feather-bed for Australia, whose openers marched to 102 without loss at lunch after captain Steve Smith won the toss and opted to bat.
England rallied well to take two wickets and restrict Australia to 43 runs in the second session but Anderson felt the 88,172 spectators had been short-changed by the pitch.
Captain Smith was 65 not out at stumps, with Marsh on 31, and England facing hard graft in the morning to prevent Australia from taking complete control with a big first innings total.
Smith remains unbeaten in three consecutive Boxing Day tests, having scored a total of 434 runs in matches against West Indies, Pakistan and now England.
"I would like to get him out but every now and then you come up against a player who's in the form of his life," said Anderson.
"When someone's in that kind of form you just got to hope that he makes a mistake or just hope you bowl a ball that's good enough to get rid of him."