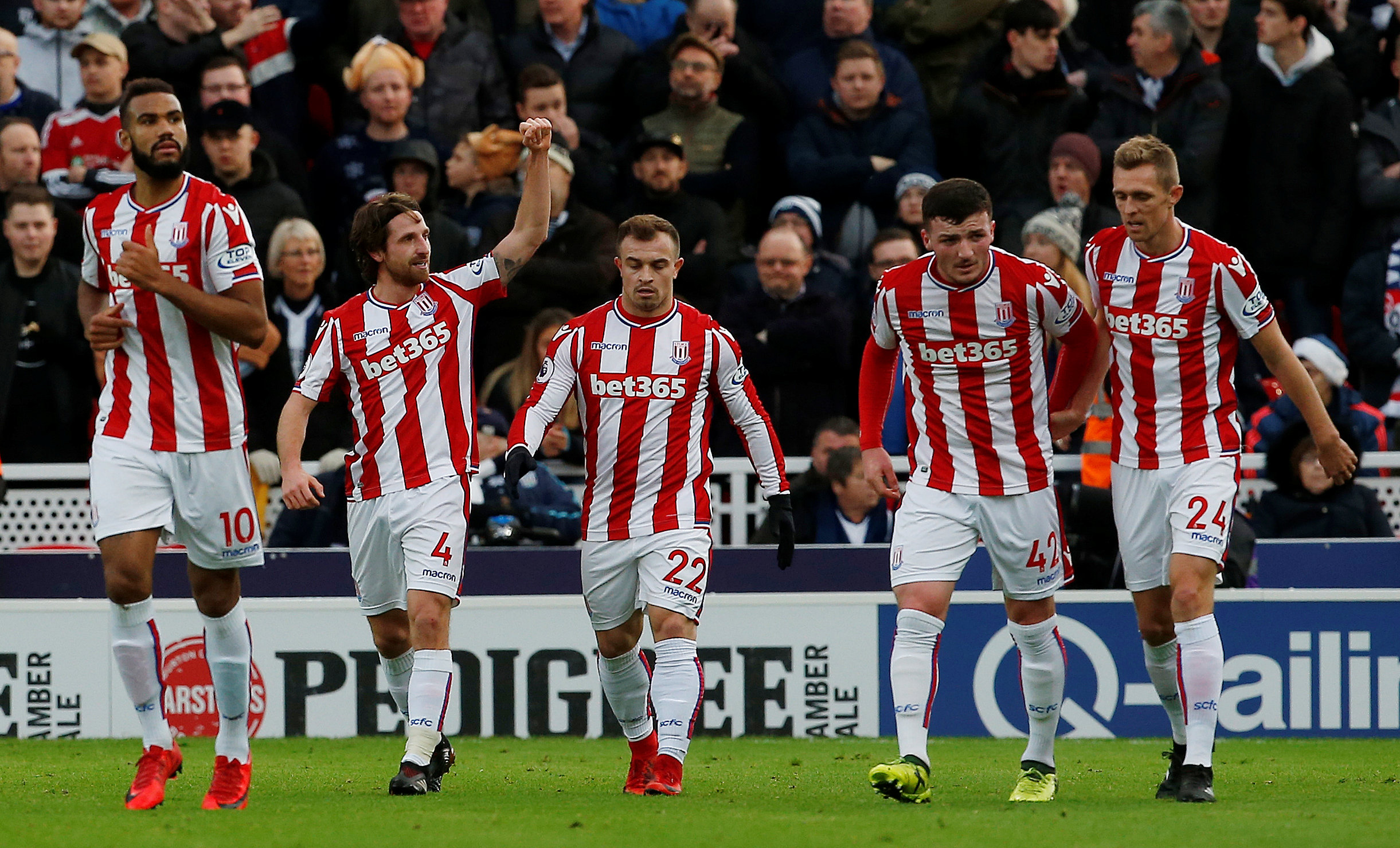 London: First-half goals from Joe Allen and Eric Maxim Choupo-Moting and a late strike by Ramadan Sobhi helped Stoke City seal a 3-1 Premier League victory over West Bromwich Albion on Saturday and ease the pressure on manager Mark Hughes.
Stoke, who came into the game on the back of three defeats, went ahead 1-0 when midfielder Joe Allen tapped in from close range in the 19th minute after Peter Crouch fired the ball across goal.
Poor defending from West Brom led to Stoke doubling their advantage as Choupo-Moting rounded goalkeeper Ben Foster and prodded into an empty net with virtually the last kick of the opening 45 minutes.
West Brom pulled a goal back early in the second half through striker Salomon Rondon, who latched on to a looping pass before beating Jack Butland, but Sobhi settled the game with a for neat finish in stoppage time.