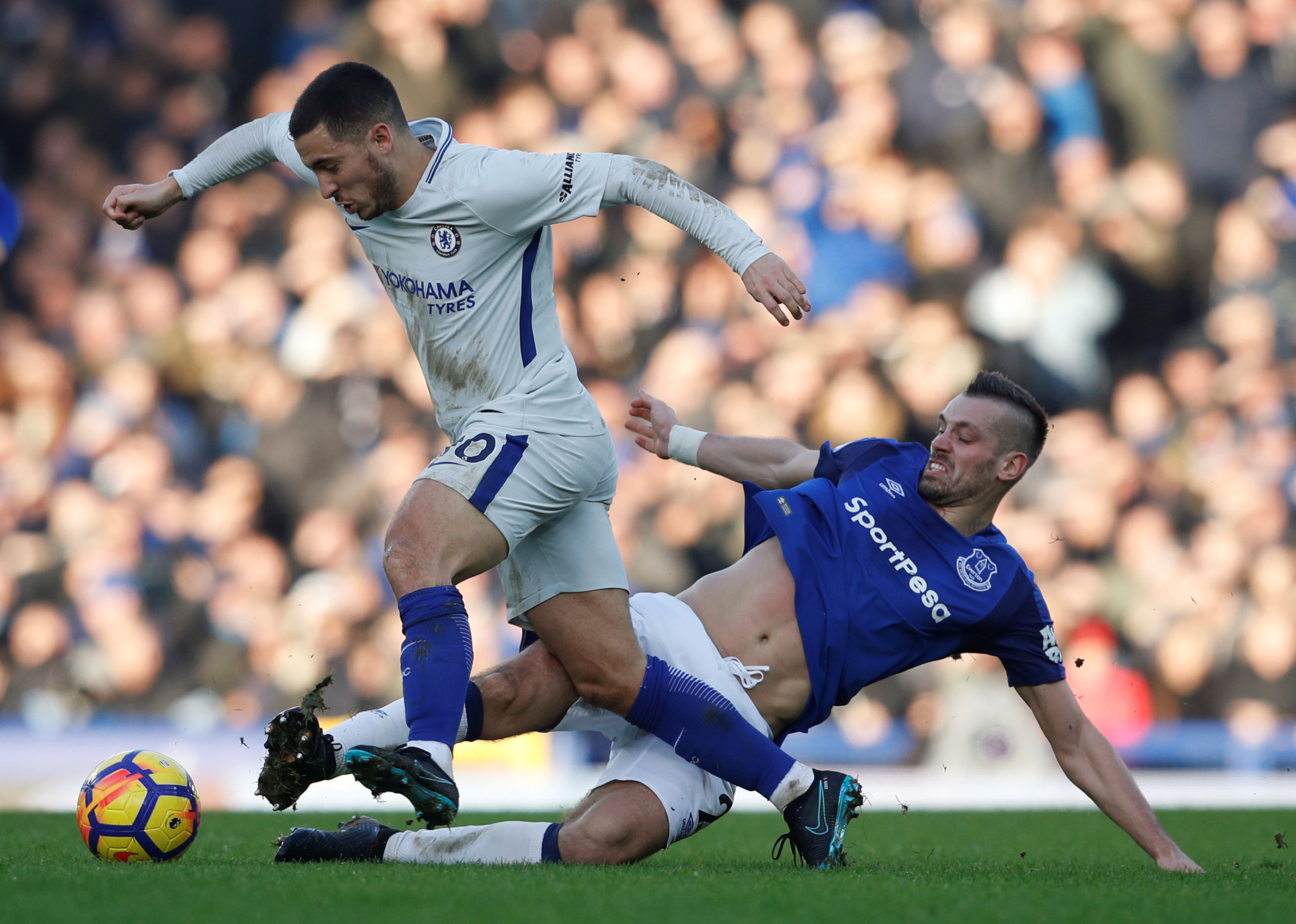 London: Chelsea found no chink in Everton's defensive armour as the Premier League champions were held to a frustrating 0-0 draw at Goodison Park on Saturday.
Antonio Conte's side, missing suspended top scorer Alvaro Morata, played most of the game in Everton's half and had 25 attempts on goal to the host's five but the closest they came was when home defender Ashley Williams headed against his own bar trying to clear a cross.
Everton are now unbeaten in five games under new manager Sam Allardyce who has steered the Merseysiders to ninth place having looked in real relegation trouble earlier in the campaign.
"Hard-earned is certainly right. In terms of effort, commitment, organisation, we have played a hugely talented front five and have had a bit of luck but rolled up our sleeves to get a result," Allardyce told Sky Sports.
"It keeps the undefeated run going, and you have to respect a point against the big boys."
The draw left Chelsea in third spot after 19 games with 39 points, two points behind Manchester United and 13 behind runaway leaders Manchester City, both of whom play later.
"I think we dominated the game and lots of chances to score. I think it is unfair result. Everton deserve credit but we deserve to win," Chelsea manager Antonio Conte said.
"Maybe (Everton keeper) Jordan Pickford was the best player for them. It is normal to drop points with a poor performance but not today. We needed a bit of luck."
Everton were under pressure from beginning to end but defended with real discipline -- a far cry to earlier this season when they were leaking goals at an alarming rate.
Captain Phil Jagielka epitomised their resolve, making goalline clearances to deny Tiemoue Bakayoko and Willian in quick succession in the first half.
Pickford tipped a Pedro effort over the bar while Everton's best first-half chance came when Dominic Calvert-Lewin stole the ball from Andreas Christensen near the touchline but with team mates in space greedily went for goal himself.
Pickford made great saves to deny Eden Hazard and Pedro after the break while Antonio Rudiger failed to connect properly with another half chance as Chelsea laid siege to the goal.
Even when Pickford was beaten, the crossbar came to his rescue to spare team mate Williams' blushes.
Despite going through the entire match without forcing Thibaut Courtois into a save, Everton should possibly have won it in the 91st minute when Michael Keane escaped his marker from a corner but wafted a header over the crossbar.