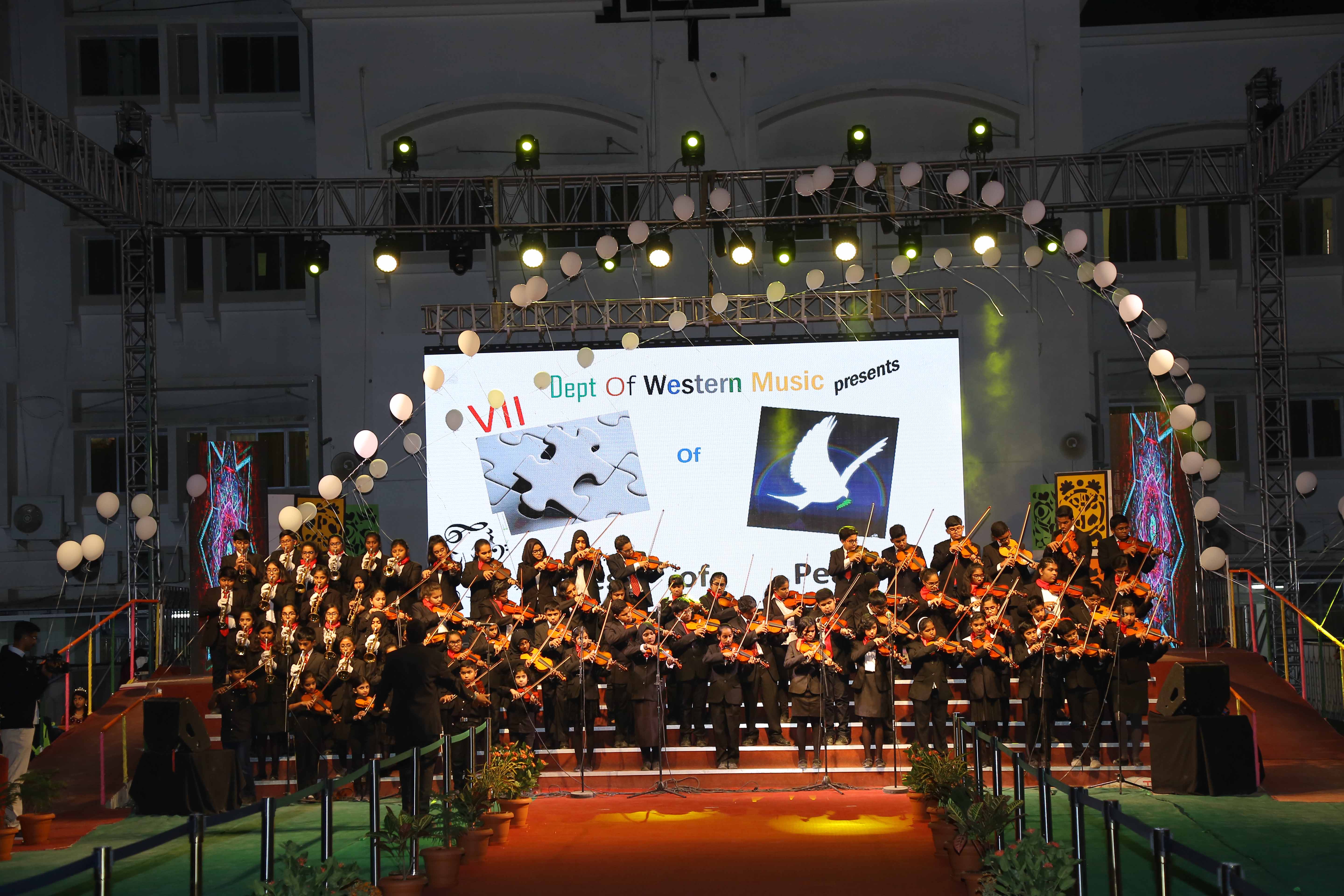 Muscat: Indian School Wadi Kabir held its 28th Founders Day as well as celebrated the Silver Jubilee of its affiliation to the CBSE, Delhi, on the school’s Primary Wing premises on 7th of December. Mr. Khalil Bin Mohammed Bin Ali Al Hathrami was the Chief Guest along with Mr. Almour Bin Said Al Hashmi, the Guest of Honour. Students from the kindergarten welcomed the honoured guests with a potted bamboo sapling.
Also present on the occasion were Mr. Anil Khimji, patron of the school; Mr. Harshendu Shah, Honorary President of the ISWK- International; Mr. Alkesh Joshi, Honorary President of ISWK; esteemed members of the SMC, members of the Indian Merchant Community; special invitees and parents. A soulful singing of both the National Anthems of Oman and India by the ISWK choir marked the beginning of an eventful evening.

In his address to the gathering, Mr. Harshendu Shah proudly acquainted the audience to the year- long activities at the newly instituted, ‘ISWK international’, a Cambridge University affiliate, which caters to the educational needs of the expatriate community in Oman especially in the Capital. Equipped with all the modern facilities ISWK-I is yet another milestone in the ongoing journey of ISWK institutions. He also reiterated the invaluable contribution of ISWK to the Indian community living in Oman, for a period spanning more than seventy-five years.

Mr. Alkesh Joshi, Hon. President of ISWK outlined the valuable service being rendered by the school through its expansion of existing infrastructural facilities. The Annual Report presented by Principal D. N. Rao, projected a slideshow featuring excerpts of key events that took place between April and December 2017.

The Honourable Chief Guest released a mobile app especially designed for the school, by a former ISWK student Mstr. Eshan Arora (2016-2017 batch), on this historic day. The Chief Guest also felicitated Staff members who have completed 10, 20 or 25 years of service in the school. Mrs. Seema Pereira Supervisor of the Primary wing and Mrs. Jolly Moncy (HoD- English) who received the coveted ‘Excellence in Teaching Award’ were felicitated. Students who excelled in various competitive exams and other co-curricular activities along with those who scored a CGPA of 10 in their secondary examination of 2016-2017were given awards. The Chief Guest awarded the Cock House trophy to Akbar House for becoming the champions in the current academic year.

It being the 25th year of the school’s affiliation to the CBSE, more than nine hundred students took part in this cultural extravaganza based on the theme of ‘One world , One Dream’. The students performed traditional and stately dances from as many as 25 countries of the world with the amalgamation of the underlying message of peace and harmony .These were presented by Kindergarten wing, Primary school students both from the Morning as well as Afternoon shift, the Senior school students of ISWK and ISWK- I.

A beautiful rendition of a group song by the Hindustani Music choir enthralled the audience. The finale was the Western Music ensemble comprising of 50 violinists and 60 instrumentalists by the Western music Department that played popular melodies to entertain the audience and draw the curtains to an eventful and historic event of the school.

Mr. Anil Khimji, valued and esteemed patron of the school, and Mr. Harshendu Shah presented mementos to the Chief Guest and the Guest of Honour, respectively.
The programme ended with a dinner hosted by the SMC in honour of the Guests and the entire school staff.