US launches push at UN for action against Iran 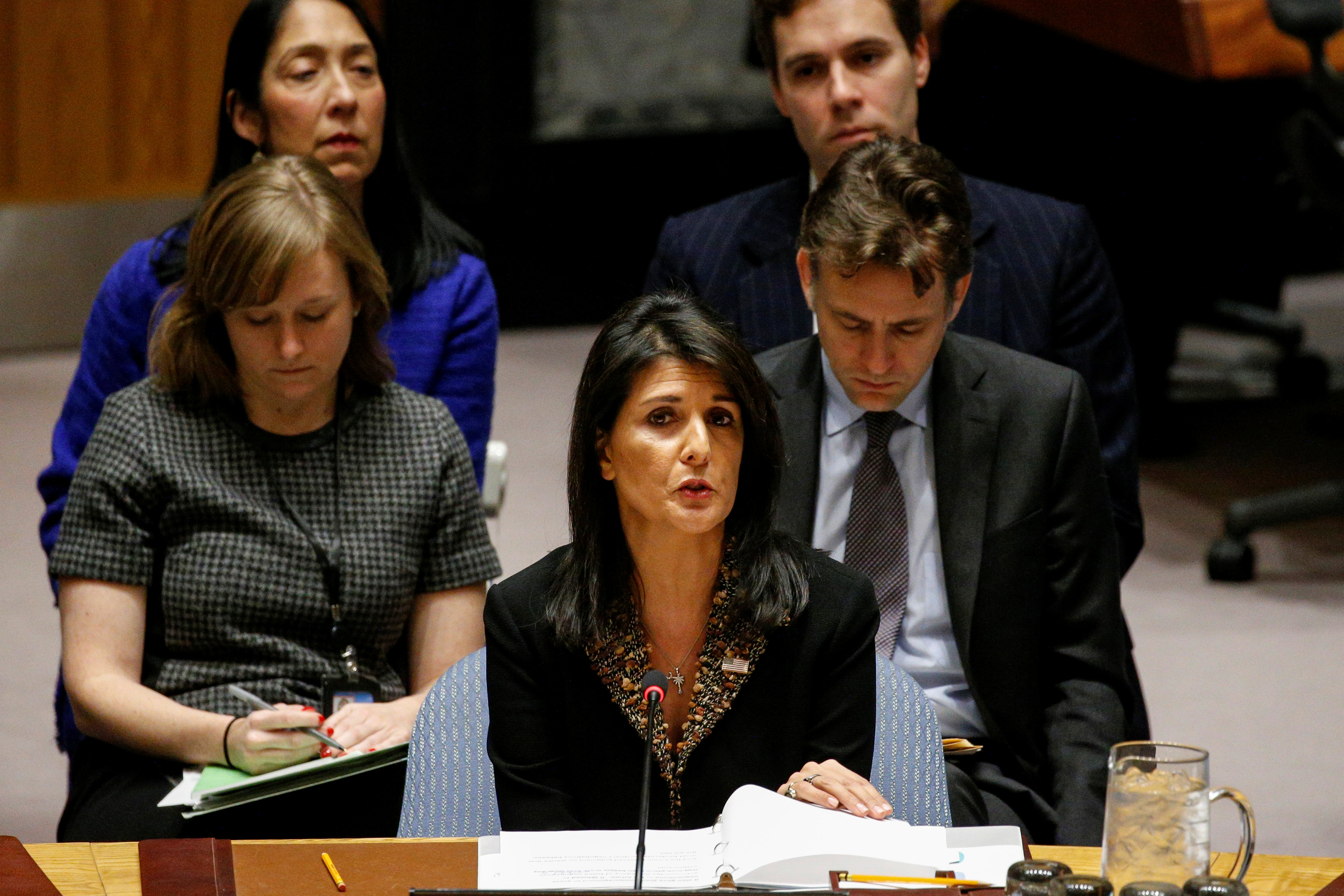 United Nations: The United States will in the coming days discuss several options for UN Security Council action against Iran such as sanctions for violating the arms embargo on Yemen, Ambassador Nikki Haley said on Tuesday.
During a council meeting on Iran, Haley drew a list of possible measures that immediately drew strong reservations from Russia, which has friendly relations with Tehran.
Haley suggested strengthening a 2015 resolution endorsing the landmark Iranian nuclear deal or adopting a new measure barring Iran from developing missiles.
Under the current resolution, the council calls on Iran not to undertake any launches of missiles capable of carrying a nuclear weapon, but there is no ban on missile tests.
"We could explore sanctions on Iran in response to clear its violations of the Yemen arms embargo," said Haley, who also suggested targeting Iran's Islamic Revolutionary Guard for action.
"In the coming days, we will continue to explore these options and others with our colleagues," Haley said.
Russia quickly signaled that it would not endorse Haley's proposals.
Russian Deputy Ambassador Vladimir Safronkov said it was time to "abandon the language of threats and sanctions" and opt instead for dialogue to "concentrate on broadening cooperation and trust."
Last week, Haley presented what she called "irrefutable evidence" that Iran had supplied the rebels in Yemen with missiles that she put on display at a Washington military base.
Iran dismissed the accusations as false and said they were intended to divert attention from the devastating war being waged in Yemen by the Saudi-led coalition.
The UN report said UN officials had examined debris from missiles fired at Saudi Arabia which pointed to a "common origin" but there was no firm conclusion as to whether they came from an Iranian supplier.
UN political chief Jeffrey Feltman told the council that the United Nations was "not yet in a position to confirm whether those missiles were Iranian Qiam-1 missiles" transferred in violation of UN resolutions.