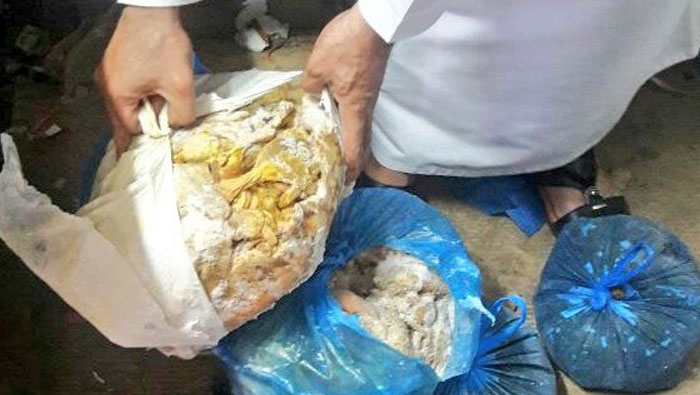 Muscat: A number of illegal expat workers were fined after it was found that they were preparing meals for eateries in an unhealthy manner.

"The Municipality of Al Kamel and Al Wafi, in coordination with the General Prosecution and the Police, raided a house where unlicensed expat workers were preparing unhealthy meals for cafes. All foodstuff was destroyed and the house was closed, and the workers fined OMR3,000." Al Sharqiyah south municipality announced online.