Job growth in the US surges 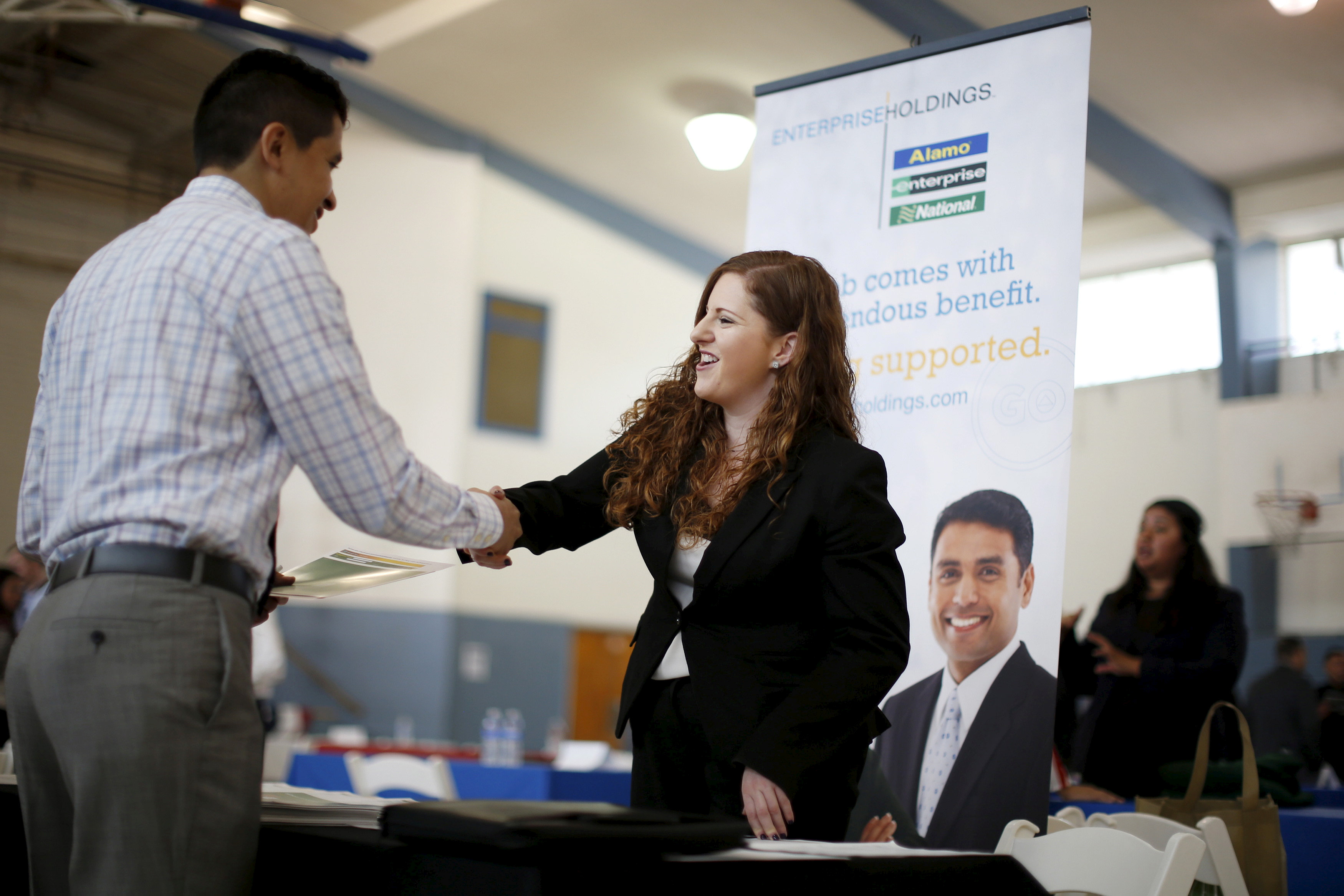 Washington: US job growth increased at a strong clip in November, painting a portrait of a healthy economy that analysts say does not require the kind of fiscal stimulus that President Donald Trump is proposing, even though wage gains remain moderate.
Nonfarm payrolls rose by 228,000 jobs last month amid broad gains in hiring as the distortions from the recent hurricanes faded, Labor Department data showed on Friday. The government revised data for October to show the economy adding 244,000 jobs instead of the previously reported 261,000 positions.
November's report was the first clean reading since the storms, which also impacted September's employment data.
Average hourly earnings rose five cents or 0.2 per cent in November after dipping 0.1 per cent the prior month. That lifted the annual increase in wages to 2.5 per cent from 2.3 per cent in October. Workers also put in more hours last month.
The unemployment rate was unchanged at a 17-year low of 4.1 per cent amid a rise in the labour force. Economists polled by Reuters had forecast payrolls rising by 200,000 jobs last month.
The fairly upbeat report underscored the economy's strength and could fuel criticism of efforts by Trump and his fellow Republicans in the US Congress to slash the corporate income tax rate to 20 per cent from 35 per cent.
"The labour market is in great shape. Tax cuts should be used when the economy needs tax cuts and it doesn't need tax cuts right now," said Joel Naroff, chief economist at Naroff Economic Advisors in Holland, Pennsylvania. "When politics and economics are mixed in the stew, the policies that are created often have a very awful smell."
Republicans argue that the proposed tax cut package will boost the economy and allow companies to hire more workers. But with the labour market near full employment and companies reporting difficulties finding qualified workers, most economists disagree. Job openings are near a record high.
The White House said the strong jobs report was a sign that "Trump's bold economic vision continues to pay off." The Democratic Party, however, said Republicans are handing working American families a "bad deal."
The economy grew at a 3.3 per cent annualised rate in the third quarter, the fastest in three years, and appears to have maintained the momentum early in the October-December quarter.
The average workweek rose to 34.5 hours in November, the longest in five months, from 34.4 hours in October. Aggregate weekly hours worked surged 0.5 per cent last month after October's 0.3 per cent gain.
"A six-minute increase in the work week does not sound like much, but given the size of the labour market, it turns out to be significant in terms of output," said Marc Chandler, global head of currency strategy at Brown Brothers Harriman in New York.
The dollar was trading higher against a basket of currencies, while prices for US Treasuries fell. Stocks on Wall Street rose.
Full employment
While November's employment report had no impact on expectations the Federal Reserve will raise interest rates at its Dec. 12-13 policy meeting, it could help shape the debate on monetary policy next year.
The US central bank has increased borrowing costs twice this year and has forecast three rate hikes in 2018.
Employment growth has averaged 174,000 jobs per month this year, down from the average monthly gain of 187,000 in 2016. A slowdown in job growth is normal when the labour market nears full employment.
The economy needs to create 75,000 to 100,000 jobs per month to keep up with growth in the working-age population.
The unemployment rate has declined by seven-tenths of a percentage point this year. A broader measure of unemployment, which includes people who want to work but have given up searching and those working part time because they cannot find full-time employment, ticked up to 8.0 per cent last month from a near 11-year low of 7.9 per cent in October.
Economists believe shrinking labour market slack will unleash a faster pace of wage growth next year. Higher wages and tax cuts will fuel inflation.
Some say wage growth is being understated.
"Most recognise that average hourly earnings is a flawed gauge of wages, since it is currently being held down by the fact that higher-paid older workers are retiring," said Michelle Girard, chief economist at NatWest Markets in Stamford, Connecticut.
The growth in employment was broad in November. Construction payrolls increased by 24,000 jobs, thanks in part to rebuilding efforts in the areas devastated by the hurricanes, after rising 10,000 in October.
Manufacturing scored another month of solid job gains, with payrolls increasing by 31,000 jobs after rising 23,000 in the prior month. Retail payrolls grew by 18,700 jobs last month, the largest gain since January. Employment at department stores increased by 3,100 jobs, likely boosted by hiring for the holiday season.
Retailers, including Macy's Inc, reported strong Black Friday sales. Macy's said this month it would hire an additional 7,000 temporary workers for its stores to deal with heavy customer traffic in the run-up to Christmas.