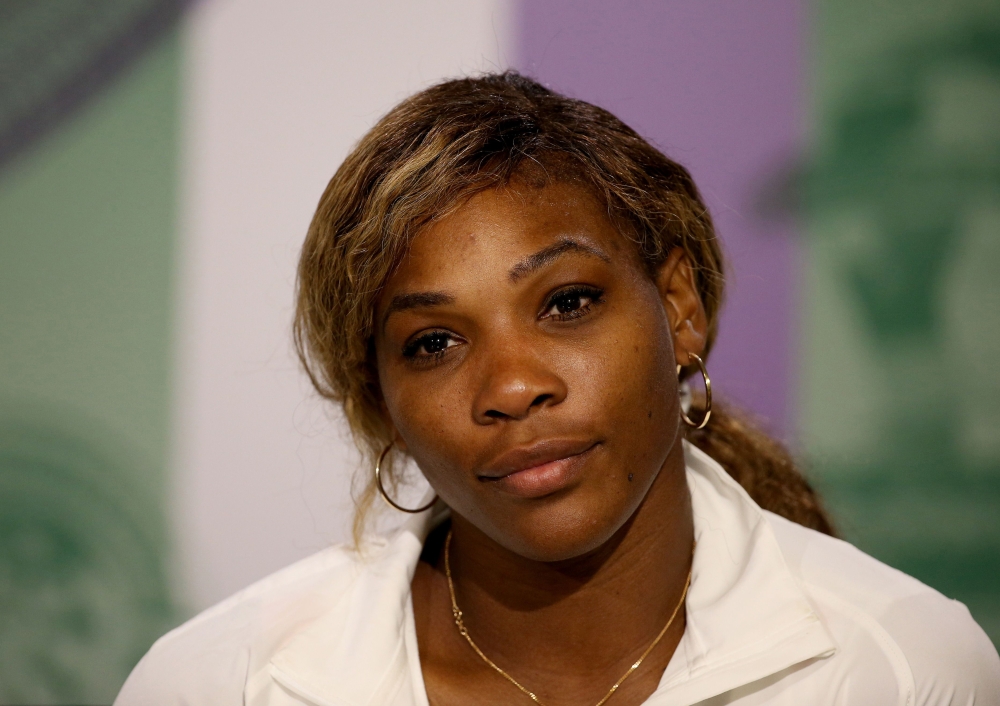 Former world number one Serena Williams has yet to make a decision about her participation at the Australian Open, while world number 12 Svetlana Kuznetsova is also a doubt for the first grand slam of 2018 after undergoing wrist surgery.
Williams was around two months pregnant when she captured her 23rd grand slam singles title in Melbourne earlier this year and was hoping to defend her crown next January following the birth of her daughter in September.
"Serena is getting ready for 2018," the 36-year-old American's coach Patrick Mouratoglou told CNN. "She is practicing and getting back in shape. I will be joining her soon in Florida. "We will see how her body is reacting and how her tennis level is and we will take a decision regarding Australia."
Russian Kuznetsova told local media that she was recovering from wrist surgery conducted earlier this month after separate injuries to the area and said there was no specific time frame for her return.
"I had two injuries in my wrist, so I had to do the operation," the 32-year-old double major winner said.
"There's a very complicated diagnosis. I'm still recovering and the doctor does not talk about specific dates when I can start training and play. Australia, most likely, I will have to miss."
Meanwhile, Victoria Azarenka, who has not played since July due to an ongoing child custody battle, is set to return at the ASB Classic in January but will be without coach Michael Joyce, who released a statement on their partnership.
"Vika is an extremely talented player. While I am excited to see her return to tennis, I encourage and respect her decision to put her family first," Joyce said of the Belarusian two-time Australian Open champion and former world number one.
"It is with deep regret that I have decided to move forward with my coaching career while she continues to work out her private life. I look forward to seeing her on the tour soon and wish her the best of luck." The Australian Open will be held from January 15-28.