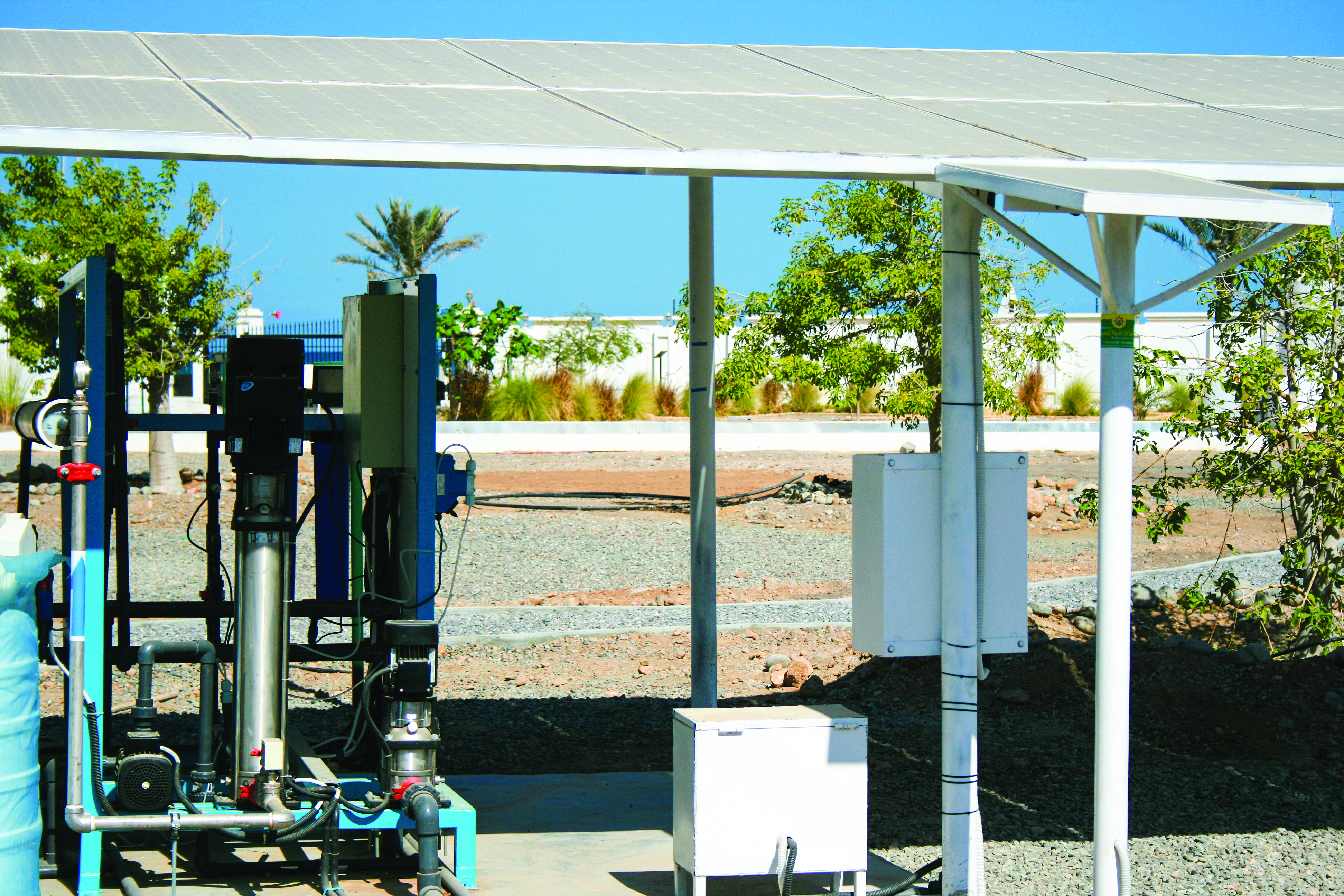 Muscat: Solar- and wind-powered water desalination projects will be crucial for sustaining the energy-intensive desalination processes in the future, an expert from Middle East Desalination Research Centre (MEDRC) has predicted.

Oman is gearing up to increase its water treatment capacity by 66 per cent over the next seven years to keep up with the rising demand, according to the latest outlook posted by Oman Power and Water Procurement Company. Currently, 90 per cent of the potable water in the Sultanate is generated from expensive desalination plants that require a large amount of energy to run.

MEDRC Water Research, an Oman-based water research centre, noted that the country could fuel its desalination process using the huge solar energy potential in the country.

“The future of desalination is renewable. We cannot continue to use fossil fuels that are exhaustible to power our water needs. It is unsustainable in the long run, and considering the exponential growth in demand, solar-powered desalination units are now a necessity for water security in the future,” Dr. Jauad El Kharraz, Head of Research at MEDRC, explained in an interview with the Times of Oman.

At its headquarters on the shores of Al Hail in Oman, MEDRC is currently collaborating on a project with Sultan Qaboos University (SQU) to investigate the challenges and opportunities to use desalination in the agricultural sector. A 5 kilowatt solar-powered reverse osmosis desalination plant has been built at the MEDRC facility for research purpose. Funded by the Agricultural Fisheries and Development Fund, the plant treats brackish water containing a maximum amount of 8,000 milligrams of salt per litre and can produce water for drinking and irrigation purposes. The unit contains 20 solar cells and can produce up to 3,000 gallons of water per day. It is an excellent example of how renewable energy can be used to reduce the carbon footprint in the desalination process.

The cost of solar panels has dropped by 20 per cent since the end of last year and is expected to continue to fall, according to credit rating agency Moody's. This, coupled with efficiency enhancing desalination technologies, can accelerate the shift to renewable-powered desalination techniques. According to the International Renewable Energy Agency (IRENA), renewable power capacity addition beat conventional sources by a third in 2016. The cost of batteries to store energy has also fallen dramatically over the past few years.

In recent tenders around the Gulf Cooperation Council, the costs of solar-generated power breached the record low of two cents with Abu Dhabi's Masdar bidding 1.79 cents per kilowatt an hour for a Saudi Arabian tender to develop a 300-megawatt Sakaka power plant.

“The cost of solar desalination is comparable to conventional ones at the lower end of the scale. However, as prices of photovoltaics decline in the future, renewables will be the most viable option for small- and large-scale plants. Moreover, even now in remote areas, solar desalination plants can ensure the rural population is provided with potable water at a low cost.” The desalination cost is subject to many variables reported in the literature and ranges between $0.52 and $1.30 per cubic metre.

Although Dr. ElKharraz acknowledges the intermittency and low power density of solar panels, he remarked that hybrid systems would be the best to begin with. “We need to have at least some amount of energy for desalination coming from solar. This will be a good start and will gradually reduce the pressure on fossil fuels.”

Advanced membrane materials in the desalination process, efficient design, energy management and technological innovations are all being studied by several researches across the world. MEDRC is also moving forward with research on renewable energy through its solar project, as well as feasibility studies on larger projects.

“We are ready to support any initiative in renewable energy and water research in Oman. It is one of our objectives to help governments in the region to have a sustainable output of clean water,” El Kharraz concluded.