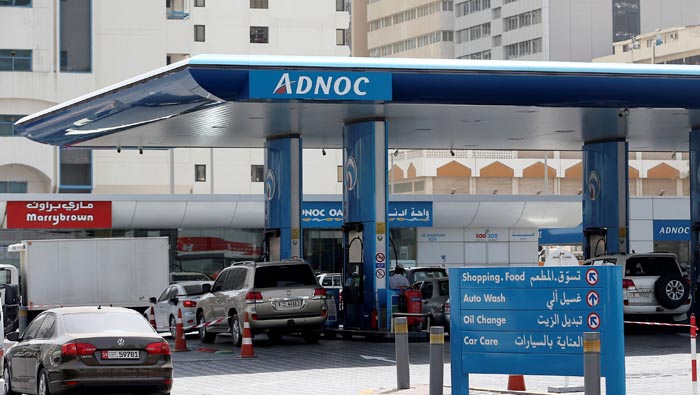 Dubai/Abu Dhabi: Abu Dhabi National Oil Co (ADNOC) said on Monday it may sell as much as a 20 per cent stake in its fuel distribution unit, potentially raising up to $2.8 billion.
Analysts valued the total fuel distribution unit at between $11 billion and $14 billion in reports prepared by banks advising the firm on the planned listing, sources have told Reuters.
If ADNOC raises as much as $2.8 billion, it would be the biggest initial public offering (IPO) in the United Arab Emirates since 2007 when DP World raised nearly $5 billion, according to Thomson Reuters data.
Abu Dhabi is pushing its state companies to list on the bourse, hoping to lure foreign investors with privatisations after a fall in oil prices since mid-2014 depleted its coffers.
The companies aim to complete some listings before Saudi Arabia's IPO of Saudi Aramco in late 2018, part of the kingdom's wider privatisation programme, bankers say.
State fund Mubadala Investment Co said last month it expected a listing in 2018 of Emirates Global Aluminium (EGA), one of the world's biggest aluminium producers.
Nabil al Rantisi, managing director of brokerage at MenaCorp, said a successful ADNOC IPO "will encourage other entities to float and raise cash for current operations and expansion."
"This is buying into a retailer rather than an industry," he said of ADNOC's sale, adding that turning the government entity into a public one "increases the transparency of the company."
ADNOC is offering a minimum 10 percent stake, or 1.25 billion shares, and a maximum 20 percent stake, or 2.5 billion shares, in the IPO of ADNOC Distribution, it said in a filing.
A larger float might help ADNOC's distribution unit become part of the MSCI emerging market index, attracting more foreign fund flows, said one source familiar with the matter.
Abu Dhabi's national oil company last week unveiled details of ADNOC Distribution's listing, as Gulf states step up plans to privatise energy assets in an era of cheap oil.
The offer price range is due to be announced on November 26.
The ADNOC unit's float comes as Saudi Arabia plans to list 5 percent of Aramco by the end of next year, which Saudi officials say could raise $100 billion, making it the world's biggest IPO.
Citigroup, First Abu Dhabi Bank, HSBC and Bank of America Merrill Lynch are joint global coordinators for the ADNOC unit's offer and bookrunners alongside EFG Hermes, Goldman Sachs and Morgan Stanley.