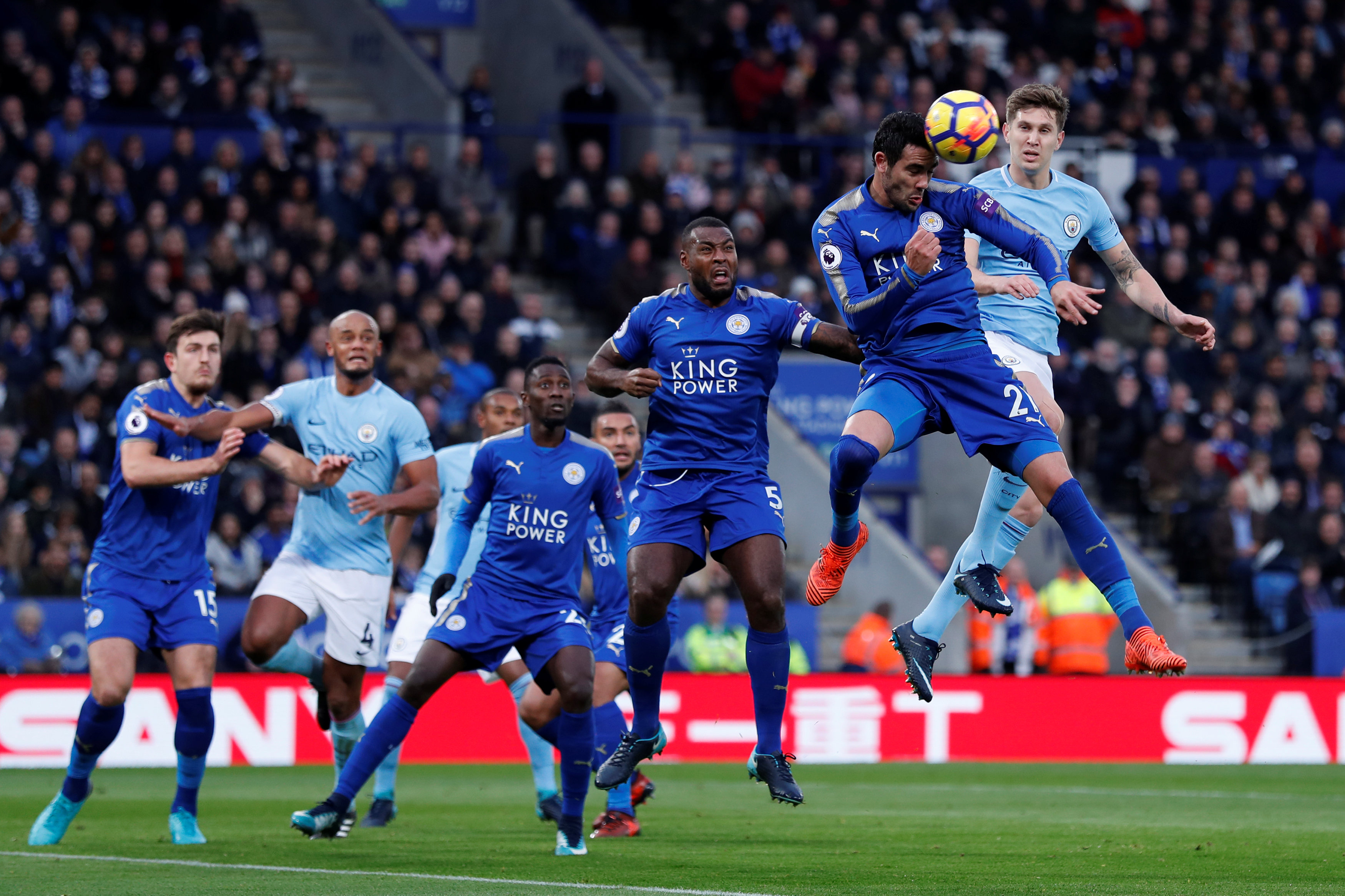 London: A tap-in by Gabriel Jesus and a thumping strike from Kevin de Bruyne helped Premier League leaders Manchester City beat Leicester City 2-0 on Saturday for their 16th successive victory in all competitions.
Although City won at a stroll, it might have been different had Vincent Kompany received more than a booking for his foul on Jamie Vardy three minutes into his return from injury.
City defender John Stones did hobble off but the visitors took the lead with a stunning goal just before the interval when David Silva broke the offside trap to provide Jesus, who was starting ahead of Sergio Aguero, with the simplest of tap-ins.
City's second in the 49th minute came seconds after Harry McGuire hit their post at the other end. Turning defence into attack, the visitors stormed upfield and De Bruyne unleashed an unstoppable effort from the edge of the area.