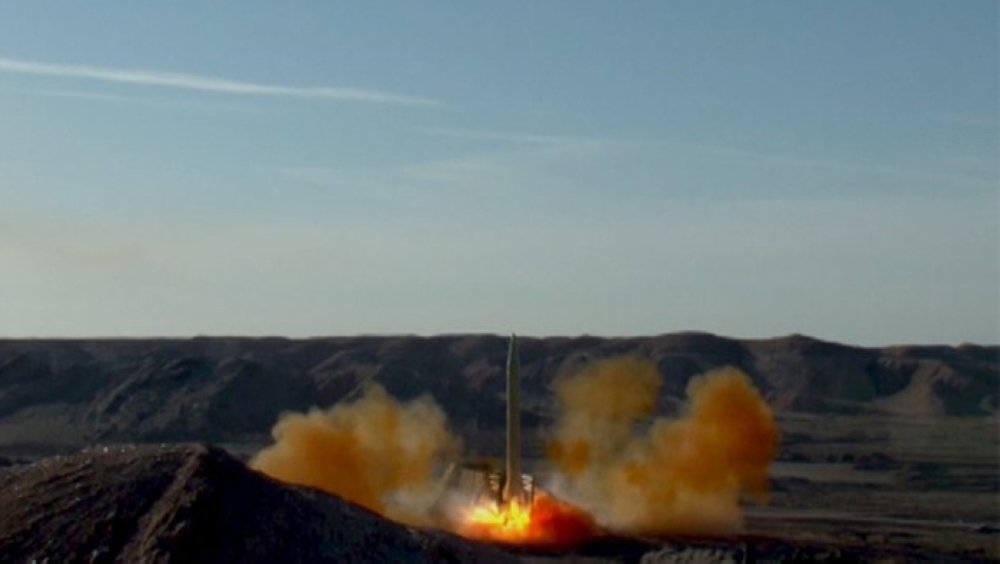 Paris: France said on Wednesday it wanted an "uncompromising" dialogue with Iran about its ballistic missile programme and a possible negotiation over the issue separate from Tehran's 2015 nuclear deal with world powers.
Paris has already suggested that new European sanctions against Iran could be discussed over its missile tests, something EU foreign policy chief Federica Mogherini seemed to dismiss on Tuesday, keen not to raise risks to the hard-won deal that curbed Iran's disputed nuclear activity.
On Sunday, Iran rejected a call by French President Emmanuel Macron for talks on its missiles, saying they were defensive in nature and had nothing to do with its nuclear energy work.
"France is concerned about the continued pace of the Iranian missile programme, which does not conform with (U.N.) Security Council Resolution 2231 and which is a source of destabilisation and insecurity for the region," Foreign Ministry spokeswoman Agnes Romatet-Espagne told reporters in a daily briefing.
Resolution 2231, which enshrined the nuclear deal, calls on Iran not to undertake activities related to missiles capable of delivering nuclear bombs, including launches using such technology. It stops short of explicitly barring such activity.
"France wishes to examine all the diplomatic options: a frank and uncompromising political dialogue with Iran; investigations by the U.N. General Secretariat; if necessary, new European sanctions against Iranian entities or individuals involved in the ballistic programme; and finally opening a negotiation on the subject," she said.
President Donald Trump, who has resumed a confrontational U.S. approach to Iran in contrast with predecessor Barack Obama's policy of detente, has said Iranian missile activity should be curbed and wants to punish Tehran over its role in Yemen and Syria.
Trump has also dealt a blow to Iran's nuclear deal - agreed with Britain, China, France, Germany, Russia and the United States under Obama - by decertifying Iranian compliance with its terms, contradicting the findings of U.N. nuclear inspectors.
The U.S. Congress now has until mid-December to decide whether to reimpose economic sanctions on Iran that had been lifted in exchange for limiting its nuclear programme in ways meant to prevent it developing an atomic bomb.
But the EU, which normally coordinates closely with Washington on international sanctions, has been lobbying hard to keep the nuclear pact alive, saying it should be kept separate from missile and regional security matters.
France's tougher line on the missile issue appears to reflect a concern that Iran might eventually try to arm a missile cone with a nuclear bomb, should it ever build one. Tehran has repeatedly denied any intent to do so.
Romatet-Espagne reiterated the view that the nuclear deal should be kept separate, but said the ballistic missile issue was being discussed with fellow EU governments and Mogherini's foreign service.
Foreign Minister Jean-Yves le Drian had been due to visit Tehran before the end of the month, although that has now been pushed back to later in the year due to a busy schedule, a diplomatic source said.
Any EU-wide sanctions action requires the unanimity of all 28 member states but there is no consensus on new punitive steps against Iran, a fact made clear by Mogherini on Monday. "We didn't discuss, not today, not last week (and) I don't foresee any discussion also in the future, further sanctions from the EU side on Iran," she said, alluding to Macron's remarks, after a meeting of EU foreign ministers.