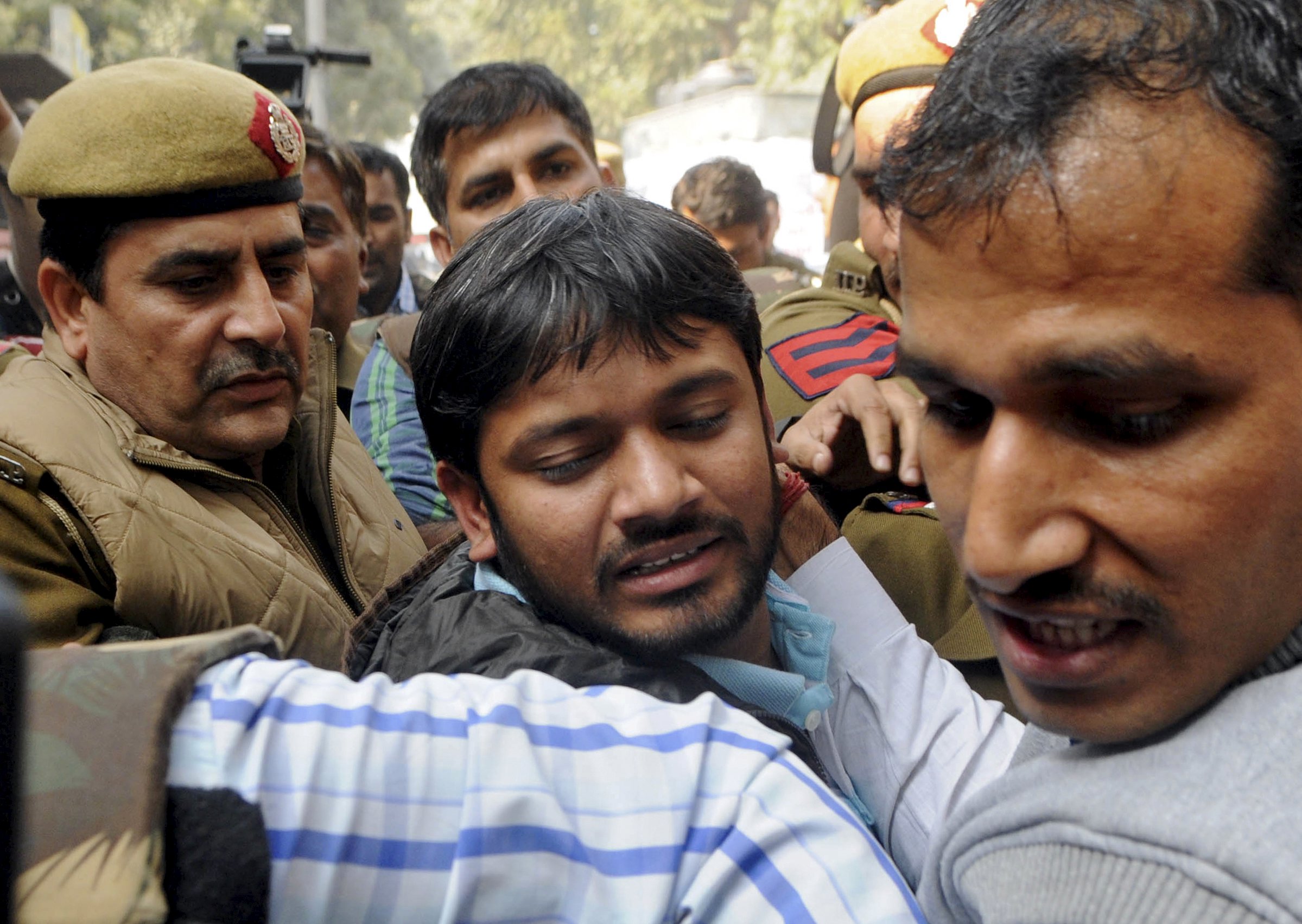 New Delhi: A high-level committee of Jawaharlal Nehru University(JNU) has recommended rustication of Kanhaiya Kumar, Umar Khalid, Anirban Bhattacharya and two other students for their alleged role in a controversial event last month at which anti-national slogans were allegedly raised.
Sources, however, said a decision on the recommendation by the panel will be taken by Vice Chancellor M. Jagadesh Kumar and Chief Proctor A. Dimri after a thorough scrutiny of the suggestions.
A meeting of the university's top brass chaired by the Vice Chancellor on Monday discussed the report following which the varsity issued show-cause notice to 21 students including Kanhaiya and Umar, who were found guilty of having violated university rules and discipline norms.
The committee was formed on February 10 to probe the event organised to protest hanging of Afzal Guru, the Parliament attack convict.
Kanhaiya, Umar and Anirban were arrested on charges of sedition in connection with the programme. Kanhaiya was released on bail from Tihar on March 3 while Umar and Anirban are still in judicial custody.
"The high-level committee has recommended rustication of five students after its investigation over a month's time. However, the final call in this regard will be taken by the Vice Chancellor and Proctor's office," sources said.
The university had on March 11 revoked the academic suspension of eight students including Kanhaiya after completion of the probe by the five-member panel. It was decided to keep them under suspension from academic activities till the inquiry was over. However, they were allowed to stay in the hostels.
The panel, which was granted three extensions before it finally submitted its report, also faced difficulties in the probe as students refused to depose before it demanding that the enquiry be constituted afresh.
The varsity, however, turned down the demand and maintained that the students will be given three chances to appear before the disciplinary committee and, if they fail to do so, the committee will finalise its recommendations on the basis of evidence available, eyewitness accounts, students' deposition, if any, and other material available on hand.