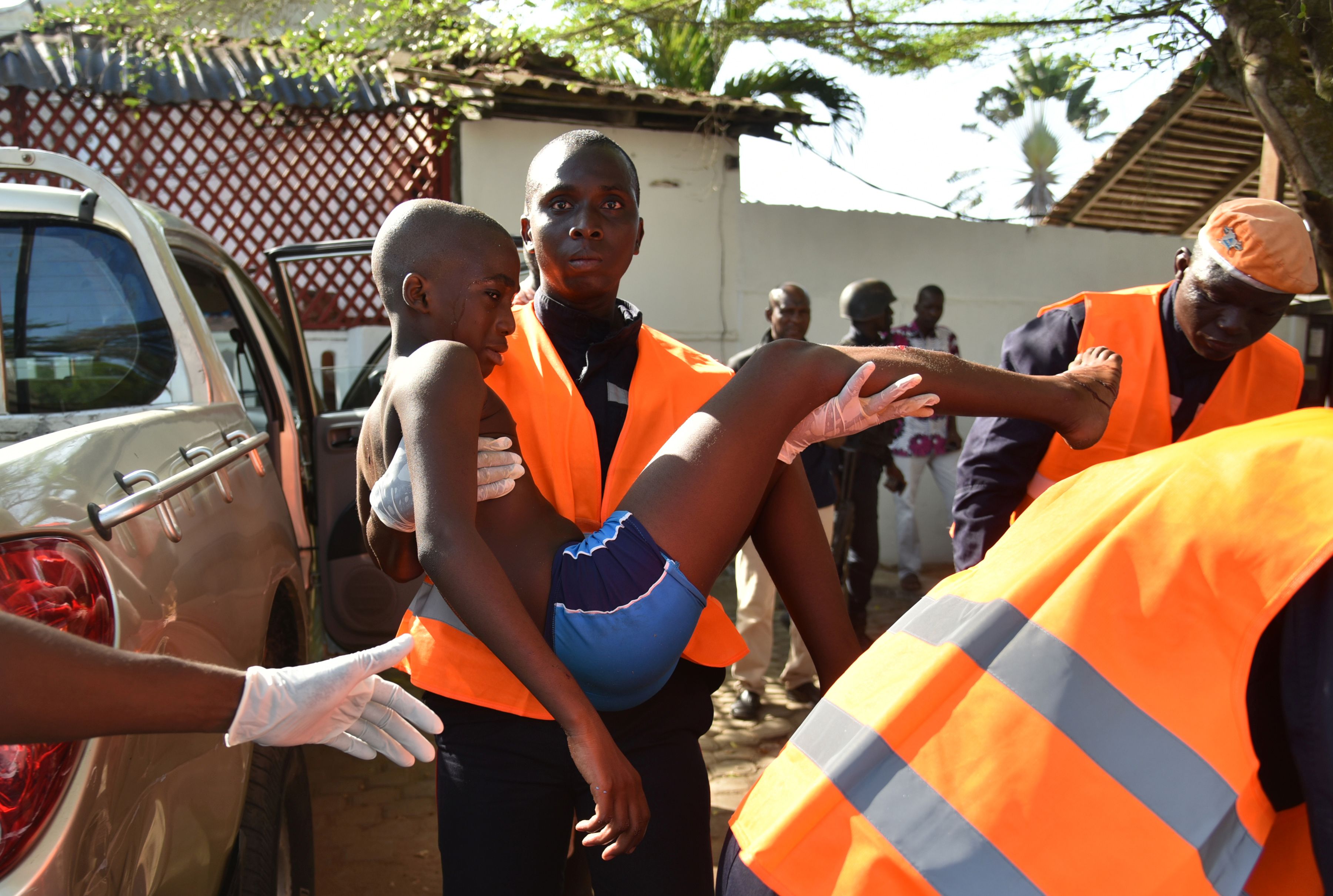 Grand Bassam (Ivory Coast): Ivory Coast soldiers armed with assault rifles patrolled the deserted beaches of a resort town on Monday, a day after gunmen from Al Qaeda's North African branch killed 18 people, the third major Al Qaeda attack in West Africa in four months.
President Alassane Ouattara declared three days of mourning for the country, which has never before been hit by Al Qaeda.
Al Qaeda in the Islamic Maghreb (AQIM) said it was responsible for storming the beach hotels in Grand Bassam, a weekend retreat popular with Ivorians and westerners about 40 km (25 miles) east of the commercial capital Abidjan.
The Al Qaeda branch, which has spread across the Sahara from Algeria and now operates in much of Western and Northern Africa, has also claimed responsibility for attacks that killed dozens of people in Burkina Faso and Mali since November.
Fifteen civilians and three members of the special forces were killed and 33 people were wounded in Sunday's attack, said Interior Minister Hamed Bakayoko.
He said 26 of the wounded were still receiving medical attention. Three militants also died in the attack on the resort town, a sleepy UNESCO heritage site of decaying colonial-era buildings.
Christian Eddy, who works at a bar near one of the places that was attacked, said four men arrived in a Ford saloon car and went into his bar to order drinks before starting the attack.
Hotel security camera footage shows guests fleeing through a beachside bar. A youth wearing a white dress shirt and red waistcoat enters carrying a rifle, fires at the empty bar and searches behind it. More gunshots can be heard off camera.
Swimmers and sunbathers were targeted, as well as visitors eating and drinking by the shore at lunchtime.
Foreign citizens from Burkina Faso, Cameroon, France, Germany and Mali were among the victims.
Among the dead was Henrike Grohs, 51, head of the Abidjan branch of Germany's Goethe Institut cultural body. On Monday, there was no sign of the street hawkers and vendors who usually sell necklaces and bathing suits near the beach and resort hotels. Soldiers patrolled up and down the oceanfront, stopping to speak with hotel and restaurant staff who were at work but had no customers to serve.
The attack is a heavy blow for Ivory Coast, a country recovering from more than a decade of political turmoil that culminated in a civil war in 2011.
Ouattara won a landslide election victory in October, promising to attract foreign investment to boost business in the largest economy in French-speaking West Africa.
Ivory Coast, like other West African countries, has large populations of Christians and Muslims that manage relations smoothly. The country's high council of imams on Monday condemned the attack, saying its perpetrators were not real Muslims.
The raid also provides further evidence that extremist militants in Africa are expanding beyond their traditional zones of operation in the Sahara and the arid Sahel region in an increasingly ambitious campaign of violence.
It raises fears over where they might strike next and poses serious security questions for former colonial power France, which has thousands of citizens and troops in the region. Some 18,000 French citizens live in Ivory Coast.
"I saw all the customers running with their crying children. I asked and they said 'They're there on the beach shooting'," said Souleymane Ouadreogo, who works at the Assoyam Beach hotel and restaurant.
"We never thought it would happen here. Abidjan, maybe. But here? Never." In January, gunmen killed dozens of people in a cafe frequented by foreigners in neighbouring Burkina Faso's capital, Ouagadougou, and also attacked a hotel.
Militants attacked a hotel in the Malian capital Bamako late last year, killing 20. France, which intervened militarily in Mali in 2013 to try to restore stability after a rebellion in 2012 by ethnic Tuaregs that was later hijacked by extremists linked to Al Qaeda, has 3,500 troops in the region from Senegal in the far west to Chad.
A French military base in Chad, manned by about 600 soldiers, serves as a logistical hub for regional operations against Islamist militancy. French Foreign Minister Jean-Marc Ayrault and Interior Minister Bernard Cazeneuve will travel to Ivory Coast on Tuesday to offer logistical support and intelligence, French diplomatic sources said.
Counter-terrorism officials have also been sent to help the investigation.