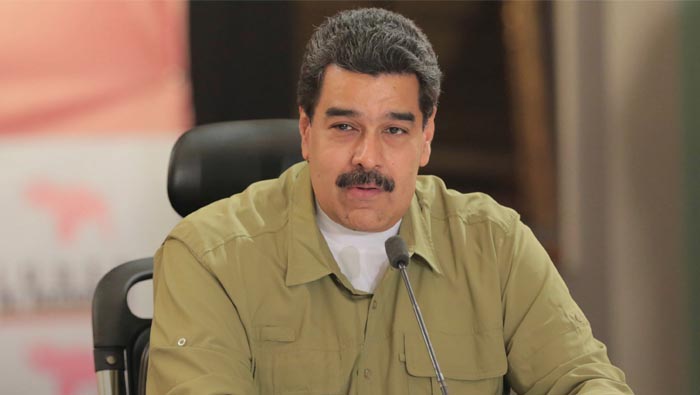 Caracas: Venezuelan President Nicolas Maduro's socialist government has set a high-profile location near the presidential palace in Caracas for Monday's hotly awaited meeting with investors to discuss renegotiating $60 billion in foreign debt.
The newly created debt renegotiation committee will meet with creditors at 2 p.m.(1800 GMT) at the government's 'White Palace' opposite the presidential building, Finance Minister Simon Zerpa said on Saturday.
Market sources had said Zerpa plus committee head and Venezuelan Vice President Tareck El Aissami, who are both on U.S. sanctions lists for corruption and drug-trafficking accusations respectively, would sit out the meeting to allay any fears about legal repercussions for anyone meeting them.
But Zerpa's exhortation to attend, plus the location of the meeting right opposite the Miraflores presidential palace, appear to indicate the meeting will not be a low-profile affair.
"Once again, we invite investors to register their participation in this meeting," Zerpa, who is also the finance boss of state oil company PDVSA, said in a Tweet.
A PDVSA source said both he and El Aissami would be present, but there was no official confirmation.
Maduro's move a week ago to summon bondholders for talks about "restructuring" and "refinancing" roughly $60 billion in bonds has spooked markets worried Venezuela may be heading for default amid U.S. financial sanctions.
Measures by U.S. President Donald Trump's administration against the Maduro government, which it accuses of being a "dictatorship" that has impoverished Venezuela's 30 million people through corruption and incompetence, effectively bar U.S. banks from rolling over the country's debt into new bonds.
Venezuela did, however, appear to be honouring its most recent debt payment, $1.2 billion due on a bond from PDVSA.
Two investors told Reuters they had finally received payment, albeit delayed.
It is unclear how widespread investor participation in Monday's meeting will be.
U.S.-based creditors are not prohibited from attending the meeting, but are barred from dealings with officials such as Zerpa and El Aissami.
With those two on the government's committee and no sign of reforms to overhaul a moribund economy, economists are puzzling whether Maduro really wants to refinance the debt.
Rather, some speculate, he might be preparing the ground for an inevitable default by the cash-strapped government after which he would blame Washington, or he could be seeking to leverage foreign investor pressure on Trump to ease sanctions.
"We do not hold big hopes on Monday's bondholder meeting," New York-based financial services company Stifel said in a report."It likely will be just an information session, in which bondholders probably would be more interested in hearing whether the past-due coupons will be paid than how a restructuring can be done."
On the streets, Venezuelans know little of the ins and outs of the complex debt debate, but they are praying for an improvement to dire hardships.
Many are skipping meals during a fourth year of recession that has seen shortages of basics, soaring prices, and a collapsing bolivar currency.
In power since 2013 after the death of predecessor Hugo Chavez from cancer, Maduro has so far prioritised debt payments over imports, compounding Venezuelans' hardships.
A default might give a short-term financial reprieve to the government, enabling it to raise imports with a presidential election approaching in 2018.
But it could also do further economic harm if investors pursue debts aggressively, including going after assets in the all-important oil sector.