Trump lands in Japan, says U.S. and allies are prepared to defend freedom 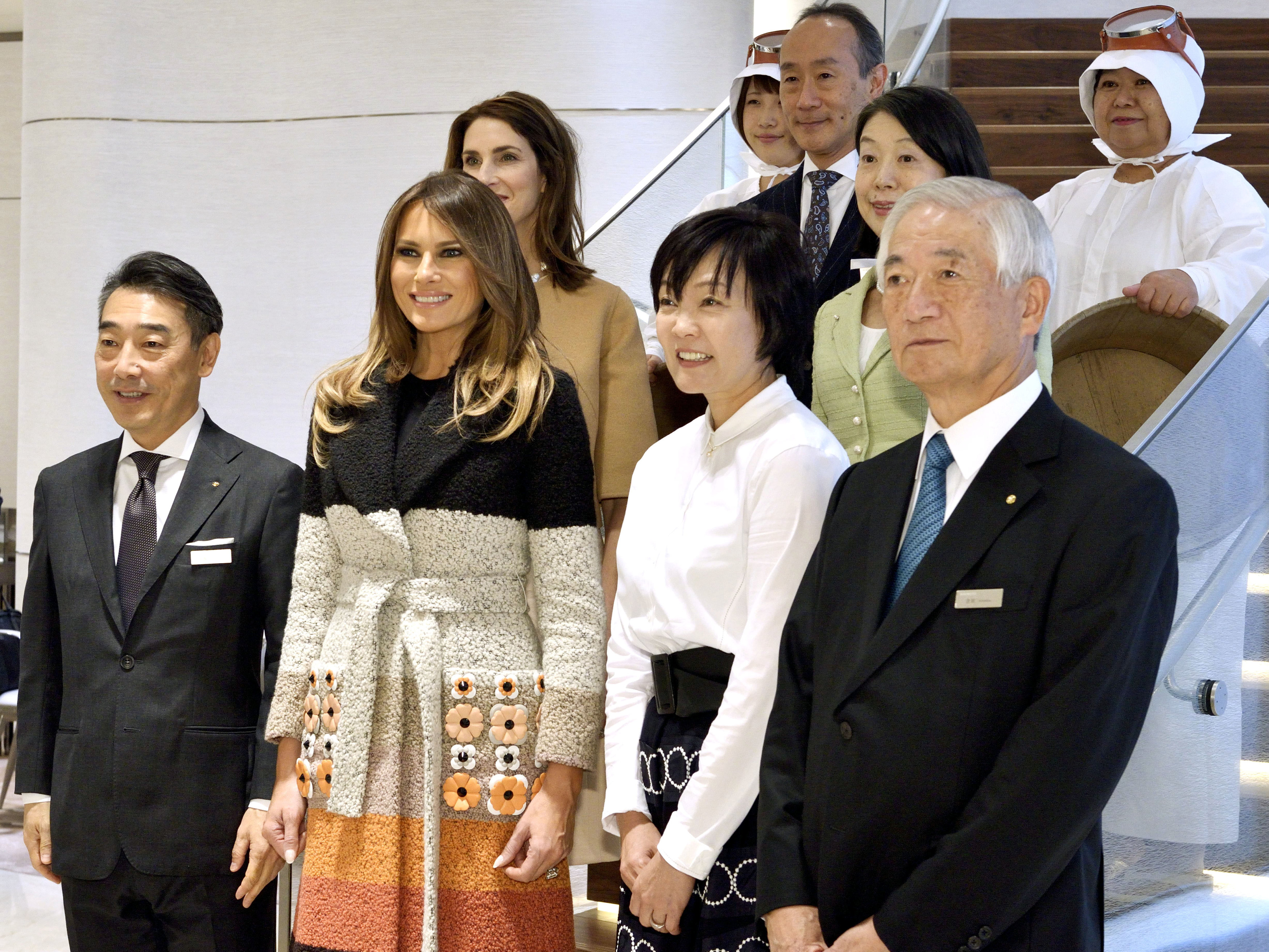 Kawagoe (Japan): U.S. President Donald Trump ramped up his tough rhetoric against North Korea when he arrived in Japan on Sunday, saying that the United States and its allies are prepared to defend freedom and that "no dictator" should underestimate U.S. resolve.
Trump kicked off a 12-day Asian trip and is looking to present a united front with Japan against North Korea through meetings with Prime Minister Shinzo Abe amid heightened tensions over Pyongyang's nuclear and missile tests.
He told reporters on Air Force One en route to Asia that North Korea would figure prominently in discussions during the trip. He also singled out trade, which he said had been "badly handled" in the region for years.
Trump has rattled some allies with his vow to "totally destroy" North Korea if it threatens the United States and his dismissal of North Korean leader Kim Jong Un as a "rocket man" on a suicide mission.
A top aide said last week Trump intends to tell Asian leaders the world is "running out of time" in dealing with the nuclear crisis on the Korean peninsula.
"No dictator, no regime, no nation should ever underestimate American resolve," Trump told hundreds of cheering U.S. and Japanese troops in camouflage uniforms gathered at Yokota Air Base, just west of Tokyo, soon after he arrived.
"Every once in a while, in the past, they underestimated us. It was not pleasant for them, was it?" said Trump, who wore a bomber jacket as he addressed the troops.
North Korea's recent actions, including several missiles that flew over Japan and Pyongyang's sixth and largest nuclear test, have raised the stakes in the most critical international challenge of Trump's presidency.
Recent drills over South Korea by two U.S. strategic bombers have further heightened tensions.
"We will never yield, never waver and never falter in defence of our freedom," Trump said.
He told reporters earlier on Air Force One that a decision would be made soon on whether to add reclusive North Korea to a list of state sponsors of terrorism.
Trump said his administration planned to take a different approach after years of what he termed "total weakness."
"We want to get it solved. It's a big problem for our country and the world, and we want to get it solved."
In an apparent attempt to distinguish between North Korea's leadership and ordinary people, he said he thought North Koreans were "great people."
"And I hope it all works out for everybody."
Prime Minister Shinzo Abe told reporters before Trump's arrival that he welcomed the visit as a chance to deepen bilateral ties by building upon the "friendship and trust" between the two leaders, fostered by several meetings that included a round of golf in Florida earlier this year.
"I hope we will be able to have thorough discussions about international issues, including North Korea," he said.
Trump and Abe greeted each other with a handshake at a golf course to be used during the 2020 Olympic games, changing clothes and heading out to play after what media said was a lunch of burgers. In an allusion to a Trump campaign slogan, they signed ball caps that said "Donald and Shinzo Make Alliance Even Greater."
Trump and Abe discussed North Korea and trade while playing nine holes with Hideki Matsuyama, the world no. 3 pro golfer.
A senior White House official said the two leaders have developed a close bond since Trump took office in January. "Playing golf with Prime Minister Abe and Hideki Matsuyama, two wonderful people!" Trump said in a tweet. Abe tweeted he played golf "with a marvellous friend (President Donald J. Trump) full of spirited conversation."
The two leaders, joined by their wives, were having an intimate dinner on Sunday night.
Trump also said he planned to meet Russian President Vladimir Putin during his trip, the longest Asian tour by any U.S. leader since George H.W. Bush in 1992.
"I think it's expected that we will meet," he said. "We want Putin's help on North Korea."
Trump wants a united front with the leaders of Japan and South Korea against North Korea before he visits Beijing to make the case to Chinese President Xi Jinping that he should do more to rein in Pyongyang.
Trade will factor heavily during Trump's trip as he tries to persuade Asian allies to agree to policies more favourable to the United States, a point Trump emphasised.
A centrepiece of the trip will be a visit to the Asia Pacific Economic Cooperation summit in Danang, Vietnam, where he will deliver a speech in support of a free and open Indo-Pacific region, which is seen as offering a bulwark in response to expansionist Chinese policies.
"One of the things we're going to be very focused on is trade because trade has not been done well for 25 years by the United States with this part of the world, with any part of the world," he said on Air Force One.
"We're going to be discussing reciprocal trade. Fair, free but reciprocal," he said.