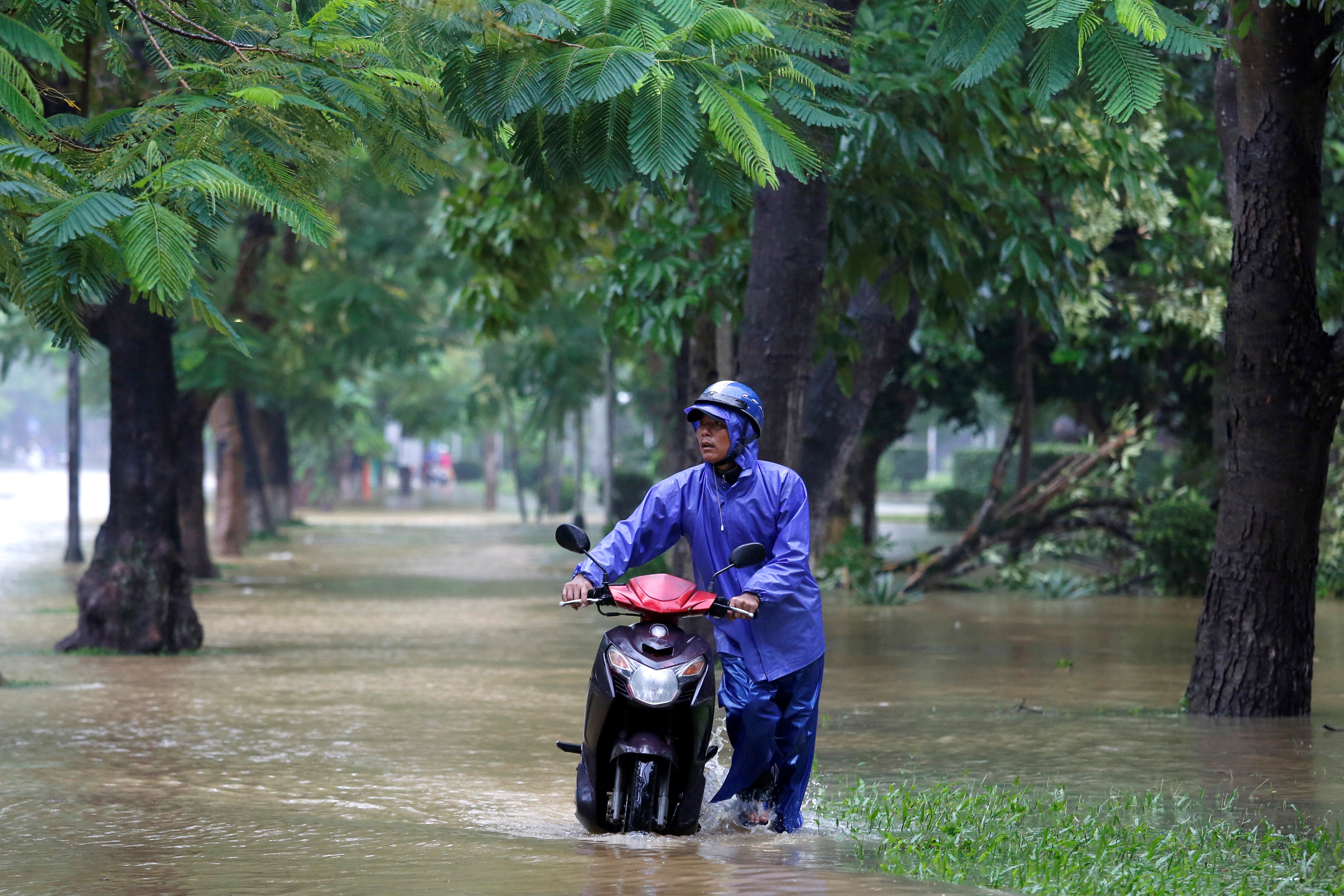 Hue (Vietnam): Floods inundated swathes of central and southern Vietnam on Sunday in the wake of a typhoon that left at least 27 dead just days before the region is due to host the APEC summit of Asia-Pacific leaders.
Typhoon Damrey, the 12th major storm to hit Vietnam this year, made landfall on Saturday with winds of up to 90 km/h (56 mph) that damaged more than 40,000 homes, knocked down electricity poles and uprooted trees.
The communist state's Steering Committee for Disaster Prevention said 27 people were now counted dead and 22 were missing. It said 626 houses had collapsed entirely in a trail of destruction that has forced the evacuation of more than 30,000 people.
Heavy rain and high winds lashed the coastal strip on Sunday. Some streets in the ancient capital of Hue were waist deep in water while in the old trading town of Hoi An, another popular tourist attraction, people boated in the streets.
"This is the worst it has been for many years. The waters rose very fast,” said Nguyen Thi Thuan, 64, sitting on one chair and with her feet on another as waters lapped around and into her clothes shop.
The national disaster agency forecast that rain would last until Tuesday and that flooding could worsen.
Battle tanks were mobilised to help with rescue efforts in Nha Trang, which bore the brunt of the typhoon.
Danang, where the Asia-Pacific Economic Cooperation (APEC) summit is taking place this week, is around 500 km (310 miles) to the north of Nha Trang. It also suffered.
A gateway proclaiming "Welcome to Danang" collapsed in the storm.
"I call all officials, soldiers and citizens of Danang city to come together and try their best to clean up after the rains and welcome delegates to APEC," Huynh Duc Tho, chairman of Danang City’s people committee said in a message to the city.
Danang will host U.S. President Donald Trump from Nov. 10, as well as China's Xi Jinping, Russia's Vladimir Putin and counterparts from other APEC members.
The storm moved from the coastal area into a key coffee-growing region of the world's biggest producer of robusta coffee beans. The typhoon had damaged some coffee trees at the start of the harvest season, farm officials said. But farmers in Daklak, the heart of the region, said the damage was limited.
The government said on Saturday more than 40,000 hectares of crops had been damaged, including sugar cane, rice fields and rubber plantations.
Floods killed more than 80 people in northern Vietnam last month, while a typhoon wreaked havoc in central provinces in September.
The country of more than 90 million people is prone to destructive storms and flooding due to its long coastline.