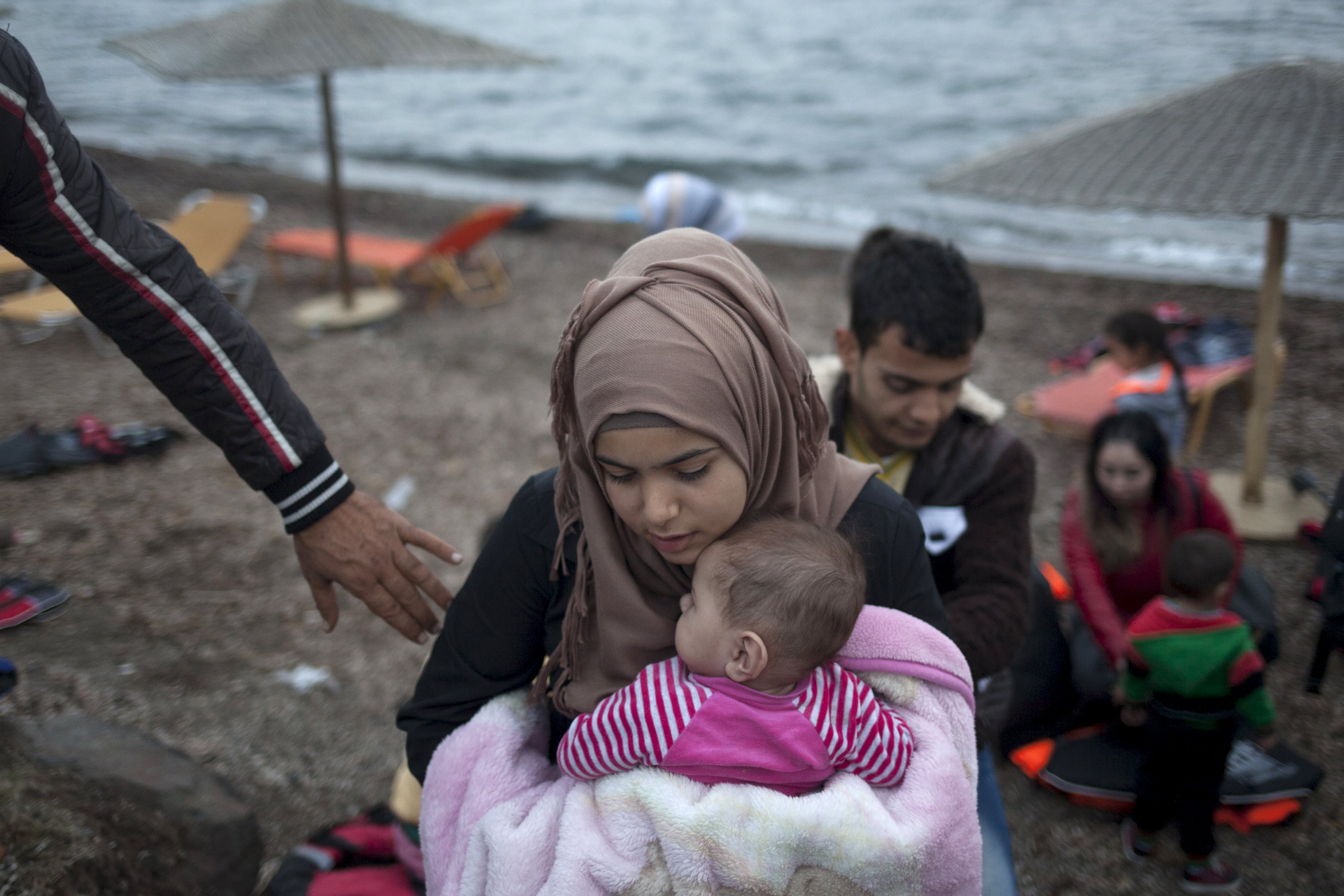 In 2015, hundreds of thousands of refugees landed on Greece’s island shores. Many had perished at sea. Today, the international public has been lulled into believing that Greece’s refugee crisis has abated. In fact, it has become a permanent scourge blighting Europe’s soul and brewing future trouble. The island of Lesbos was, and remains, its epicenter.
The story of Shabbir demonstrates how starkly reality clashes with Europe’s official storyline. Shabbir, 40, lived with his wife and two young children in a midsize town in Pakistan, where he ran a car rental business. One night in December 2015, a local group of extremists petrol-bombed Shabbir’s neighbour’s home and waited outside for the fleeing family.
Shabbir’s neighbours were Christian, and the extremists were keen to evict them and convert their home into a madrasa (religious school). Instinctively, Shabbir rushed to his Christian neighbours’ defense. Designated an “apostate,” his business was burned down, his brother was brutally murdered, his wife and children fled to neighbouring villages, and Shabbir, together with his elderly father, took the long, cruel road, via Iran and Turkey, to imagined safety in civilized Europe.
Along the way, Shabbir’s father died of exhaustion on some snow-covered Turkish mountain peak. Months later, after managing to board a trafficker’s flimsy vessel on Turkey’s Aegean coast, he found himself shipwrecked, surrounded by dozens of drowned fellow refugees. Picked up off the coast of Lesbos, he was brought to the Moria camp. That is when his next ordeal began.
No Westerner who saw Moria during the winter of 2016/2017 could do so without feeling dehumanized. Mud, refuse, and human excrement formed a magma of misery, a hellscape surrounded by barbed wire and the official indifference reflected in the puny resources provided by the European Union and Greek authorities.
Refugees like Shabbir faced a minimum of nine months before their first encounter with any official who would receive their asylum application. Within the camp, a small makeshift office, surrounded by more barbed wire and hundreds of despairing refugees, would admit one or two per hour for their first interview. “If you are a little ill, Afghani or Pakistani, it may take 12 months before you speak to an official,” one refugee told us. “We are ghosts roaming around without anyone noticing,” he remarked: “I wish we had died in the war instead.”
Wandering around the camp, segregation was in plain sight. Some families were afforded the luxury of containers, guarded behind tall fences. Despite the absence of running water, heating, or any facilities to speak of, they were the privileged ones.
Walking northwest up the hill was like experiencing the ascent of inhumanity. First there was the Afghanis’ shantytown, enveloped in mud and an unbearable stench. On the hilltop were Pakistanis in the same dire conditions, burning anything they could find in order to cook. Next to them were Algerians, feared by all the others and caged behind a triple row of barbed wire. At the foot of the slope, just next to the appalling semi-open-air toilets, were the “Africans,” amidst whose tents runs filth from up the slope.
A year after Shabbir arrived on Lesbos, and three months after his first interview, his asylum application was refused and a deportation order was issued. His appeal was unceremoniously rejected and, when he tried to seek refuge with supporters in a nearby village, the police mounted a manhunt. Eventually, he surrendered, before being taken back to Turkey. We have not heard from him since.

Shabbir had imagined, he told one of us, that, “despite being Muslim,” Europe would give him asylum, “not least because I thought that defending Christians at my family’s expense would mean something here.” But “Europe” had other ideas. The EU deal with Turkey’s President Recep Tayyip Erdoğan, negotiated in 2016 by German Chancellor Angela Merkel, had a single purpose: To stop the flood of refugees from Turkey to Greece at all cost. If that meant that the EU would end up bribing Erdoğan with several billion euros in order to violate international legislation protecting refugees like Shabbir, so be it.

In September alone, another 2,238 refugees arrived in Lesbos, despite Turkey’s attempts to cut the flow. A camp designed for 2,000 people now “houses” three times that number. In early October, the first autumnal storms turned the Moria camp into a mud field again.

Europe pretends to itself that this crime against humanity is no one’s fault. The Greek authorities blame the EU for not providing funds, the EU blames Greece for not doing enough with available funds, and large NGOs are preoccupied with maintaining their own line of command and funding. The only survivors in this moral shipwreck are the local grassroots teams – comprising volunteers from all over the world and smaller NGOs – that have been keeping the spirit of humanity alive.

Meanwhile, the West in general, and the EU in particular, perpetuates the economic, environmental, and military factors driving the unfolding humanitarian disaster.

Galrim, another Pakistani refugee in Lesbos, explained to us Europe’s blunder: “The Islamist extremists have a plan. By spreading fear and loathing,” he says, “they wish to ghettoize refugees in Europe, to cut them off from European societies, to make them victims of European xenophobia. It is their recruitment strategy by which to stoke the fires of East-West hatred and render them significant players.”

Galrim should know. A democrat who opposed ballot rigging in his town, his body was broken by mafia networks in “safe” Turkey, in a succession of torture sessions for ransom. On one occasion, he was dragged behind a speeding truck. Galrim’s asylum application was also turned down, placing him on the deportation list.

they let their wings down

To prevent that from happening to humanists across Europe, we need a new movement to campaign for refugees’ release from odious conditions and a swift asylum process. Beyond that, we need to end the policies that are contributing to their desperate flight.