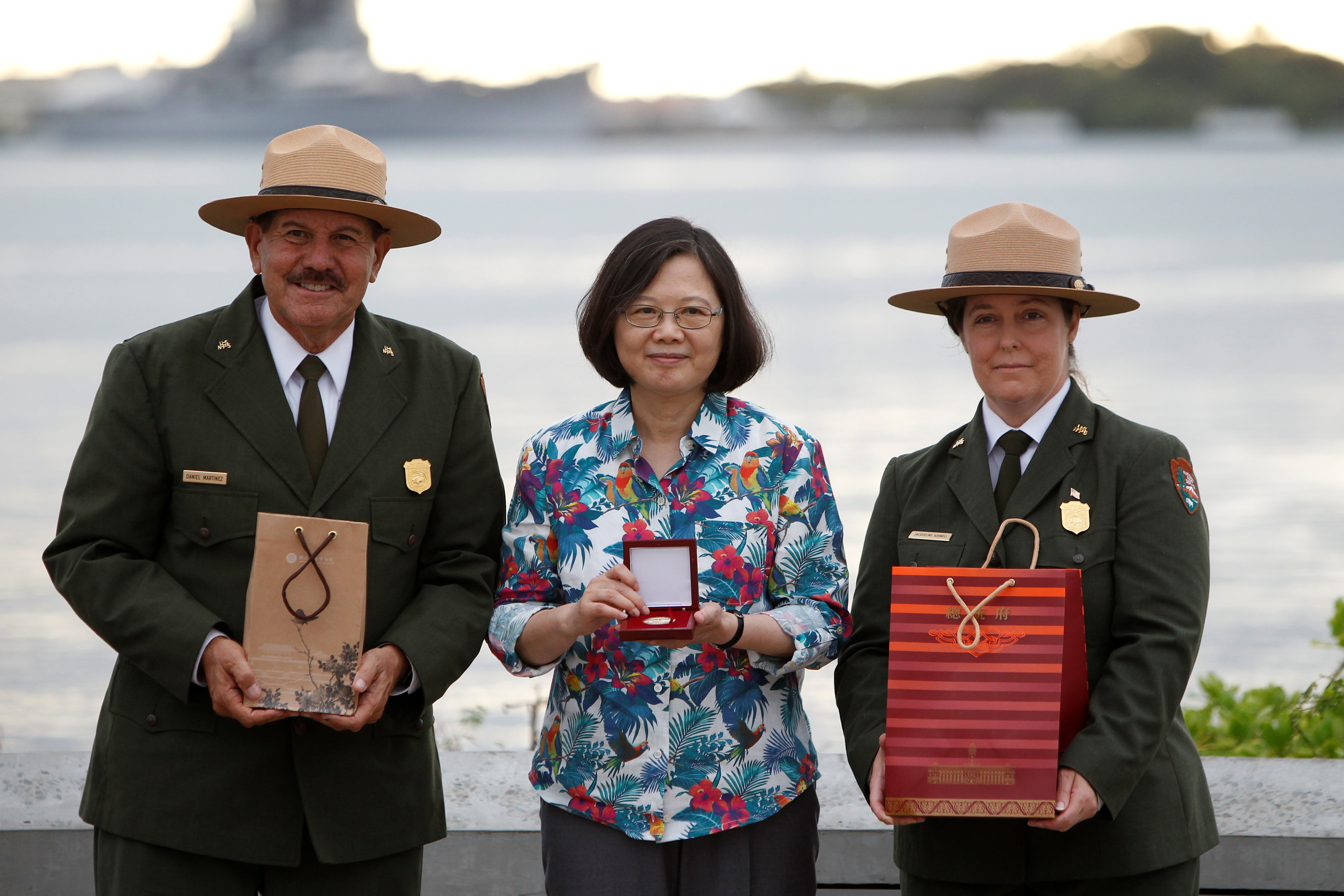 Honolulu: Taiwanese President Tsai Ing-wen landed in Honolulu on Saturday en route to the island's diplomatic allies among Pacific nations and set off for a visit to a Pearl Harbor memorial, despite strong objections to the visit from China.
China regards self-ruled Taiwan as sovereign territory and regularly calls it the most sensitive and important issue between it and the United States, complaining to Washington about transit stops by Taiwanese presidents.
China has not renounced the possible use of force to bring the island under its control.
Tsai, who China believes is seeking formal independence for Taiwan, left on Saturday on a week-long trip to three Pacific island allies - Tuvalu, the Solomon Islands and the Marshall Islands - via Honolulu and the U.S. territory of Guam.
For her part, Tsai says she wants to maintain peace with China but will defend Taiwan's democracy and security.
Earlier this week, the U.S. State Department said Tsai's transits through U.S. soil would be "private and unofficial" and were based on long-standing U.S. practice consistent with "our unofficial relations with Taiwan".
It noted there was "no change to the U.S. one-China policy" which recognises that Beijing takes the view that there is only one China, and Taiwan is part of it.
Tsai, accompanied by her entourage and members of the media, left on a short boat ride for the USS Arizona Memorial, which is built over the remains of the battleship sunk in Pearl Harbor in the Second World War, on Saturday afternoon.
The memorial, where Tsai was expected to lay a wreath, now forms a centerpiece of the World War Two Valor in the Pacific National Monument, a site administered by the National Park Service.
U.S. President Donald Trump is due to visit China in less than two weeks. He angered Beijing last December by taking a telephone call from Tsai shortly after he won the presidential election.
The trip to the United States is Tsai's second this year. In January she stopped over in Houston and San Francisco on her way to and from Latin America, visiting the headquarters of Twitter, which is blocked in China.
China has claimed sovereignty over Taiwan since 1949, when Mao Zedong's Communist forces won the Chinese civil war and Chiang Kai-shek's Nationalists fled to the island.