Hope Salman and SRK will do film together: Karan Johar 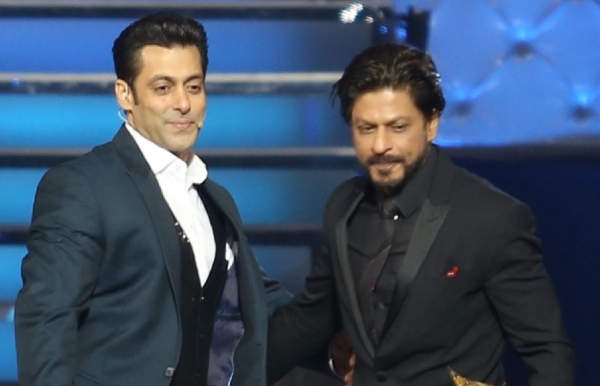 Mumbai: Filmmaker Karan Johar on Sunday expressed hope that superstars Salman Khan and Shah Rukh Khan will do a film together in future.
Both the Khans recently buried their hatchets after a long spell of cold war.
"I think everybody should hope that Salman Khan and Shah Rukh Khan do a film together. The show happens. I hope one day we will be an audience to great cinema with Salman and Shah Rukh in a film," Johar told reporters here when asked about
bringing the "Dabangg" star and SRK together on "Koffee with Karan".
Johar said that he will be back as a host on the popular celebrity chat show later this year.
"It ('Koffee with Karan') will come this year-end, may be between September and November," he said.
On reports of Shah Rukh being the first guest on the show, Karan said, "Shah Rukh has to come. He is the part of my family. Hopefully, I will bring (him) first on the show".
Karan also announced his plans of making a sequel to his 2012 film "Student of the Year".
"The sequel will happen. The announcement will happen in few months. We will announce the casting and all. All I can say is Alia Bhatt, Siddharth Malhotra and Varun Dhawan (the cast of the 2012 film) will not be part of it (sequel)," he added.