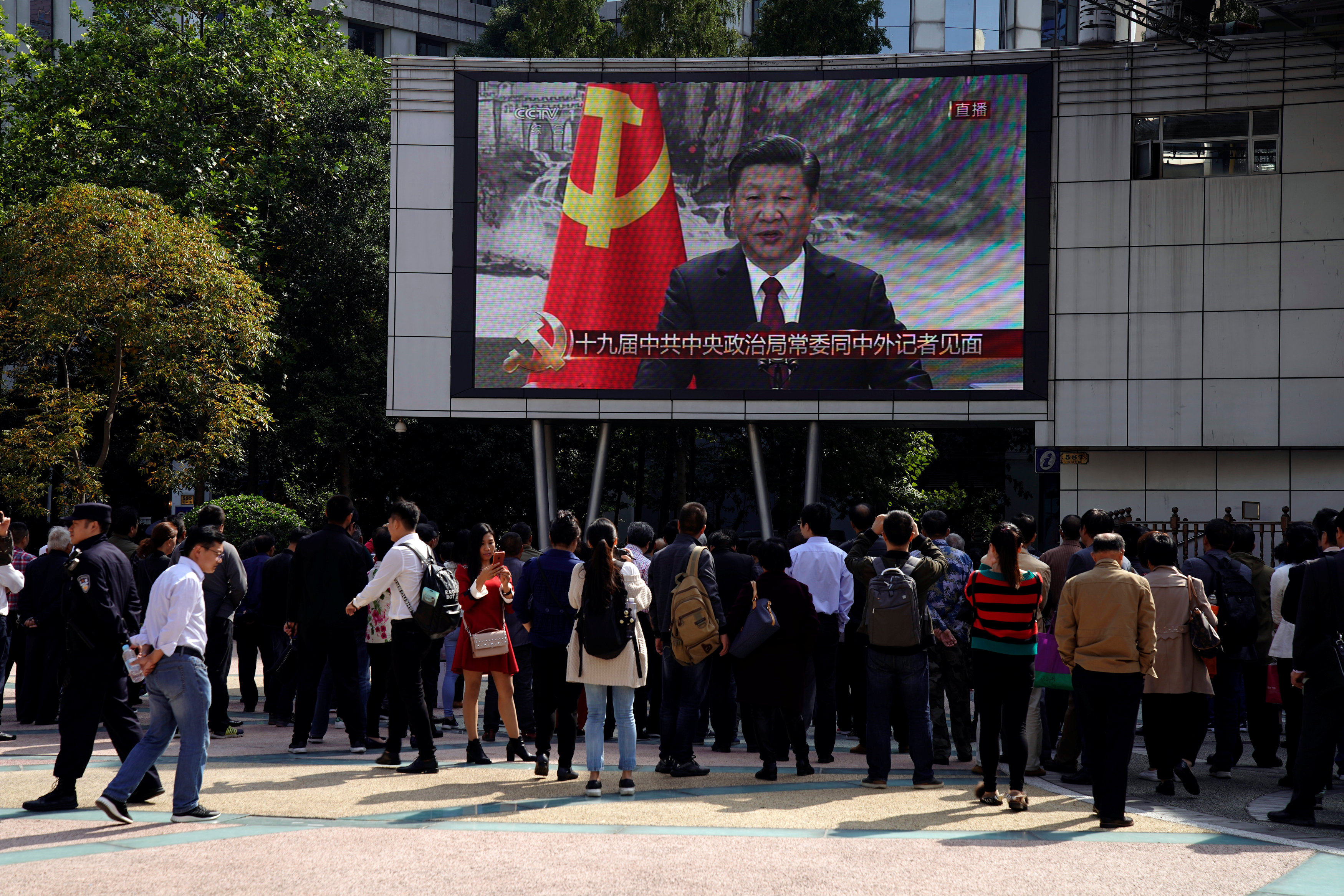 As the Chinese Communist Party’s 19th National Congress has unfolded, much of the focus has been on who will occupy the key positions in President Xi Jinping’s administration for the next five years.
But China’s future trajectory depends crucially on another group of leaders, who have received far less attention: the technocrats who will carry out the specific tasks associated with China’s economic reform and transformation.
Over the last four decades, China’s technocrats have collectively engineered a miraculous transformation. The current generation, a gifted group of policymakers, will step down in or around March 2018, passing the baton to a new generation. That generation – highly educated, experienced, and, for the most part, successful on their own merits – is prepared to carry China’s economic and social progress forward with great skill and dedication. The question is whether they will have an open field on which to run.
One thing is certain: the next generation of technocrats will face very different conditions from those confronted by their predecessors. China has reached a moment of significant uncertainty. Beyond the questions inherent in the process of generational turnover, there has been a dramatic shift in China’s dominant policy framework under Xi.
Under Deng Xiaoping – the leader who initiated China’s radical “reform and opening up” in 1978 – the singular policy goal was domestic economic transformation and growth, to be achieved with a collaborative decision-making model that included vigorous internal debate. Deng explicitly ruled out a broader international agenda for China – a dictate that China’s policymakers followed for more than three decades.
Since taking power in 2012, Xi has changed this policy framework in several key ways. For starters, he tackled the endemic corruption that had been undermining the credibility of the CCP (and, by extension, China’s governance model), by launching an unprecedented anti-graft campaign that reached the highest levels of the Party’s leadership.
Many expected Xi’s anti-corruption campaign to be a temporary initiative, intended to pave the way for implementation of the aggressive economic reforms announced at the Third Plenary Session of the 18th Central Committee in 2013. Instead, the campaign has become essentially a permanent feature of Xi’s administration.
Xi believes that a government’s legitimacy is mainly a function of consistently delivered values, together with economic and social progress, with strict commitment to the public interest taking precedence over the form of governance. While few Western observers have fully recognized this perspective, developments in the West over the last ten years – the 2008 financial crisis, widening income and wealth inequality, and intensifying political polarization – have reinforced this mindset.
As a result, Chinese leaders and citizens are more convinced than ever that government by a strong single party is an essential pillar of stability and growth. The focus in the West on the form of governance, as opposed to inclusive economic and social outcomes, is misguided, they believe, because both democratic and autocratic systems can be corrupted.
Moreover, China’s economic agenda under Xi has expanded beyond its narrow focus on domestic growth and development to include a concerted effort to expand Chinese influence in the global economy, especially in the developing world.

This broad and expanding external agenda generates claims on resources – you can’t be the dominant external investor in Africa and Central Asia without spending a lot of money – while influencing policy choices. For example, state-owned enterprises, including banks, may respond more flexibly than purely private enterprises to a variable mix of public and private incentives and investment returns.
Finally, in recent years, China’s policy frameworks have increasingly reflected the inherent tension between the long-standing imperative of ensuring social and political stability and the more modern objective of market liberalization.
China’s leadership remains steadfastly committed to protecting the Party’s interests, which it views as coterminous with those of society. For that reason, the CCP continues to focus on upholding order and instilling values in all aspects of Chinese life, maintaining an active presence not only in policy debates, but also in private-sector activities and social affairs.
At the same time, the government is seeking to give markets a more decisive role in the economy, unleash the power of entrepreneurship and innovation, and respond more effectively to the needs and desires of a young, educated, and fast-growing middle class. And for good reason: these are the internal engines that have enabled China to achieve 6-7 per cent annual GDP growth amid a difficult structural shift and middle-income transition, carried out in a relatively weak global economy.
It is hard to say for sure whether these two objectives are in direct conflict with each other. But there is reason for concern. The kind of dynamic competition that leads to innovation is, after all, far from a centrally guided process, though public-sector choices in areas like basic research do have a substantial impact.
Moreover, in both policymaking and academia, active debate is indispensable to sorting good ideas from bad ones. Yet while the Chinese system has proved its capacity for high-level internal policy debate among highly trained and experienced participants whose loyalty is not in question, and then act quickly and decisively, China’s leaders remain suspicious of unfettered public debate and commentary.
But many complex policy choices – for example, about financial-sector reform and opening up – would benefit from the winnowing process that greater openness affords.
Over the next five years, China’s success will depend largely on how well the government’s complex agenda, and the tensions it entails, are managed. To achieve their objectives, China’s leaders will need to strike a delicate balance between a muscular, disciplined, and ubiquitous Party, setting standards and protecting the public interest, and innovative, empowered, and potent markets, driving the economy into the future.- Project Syndicate