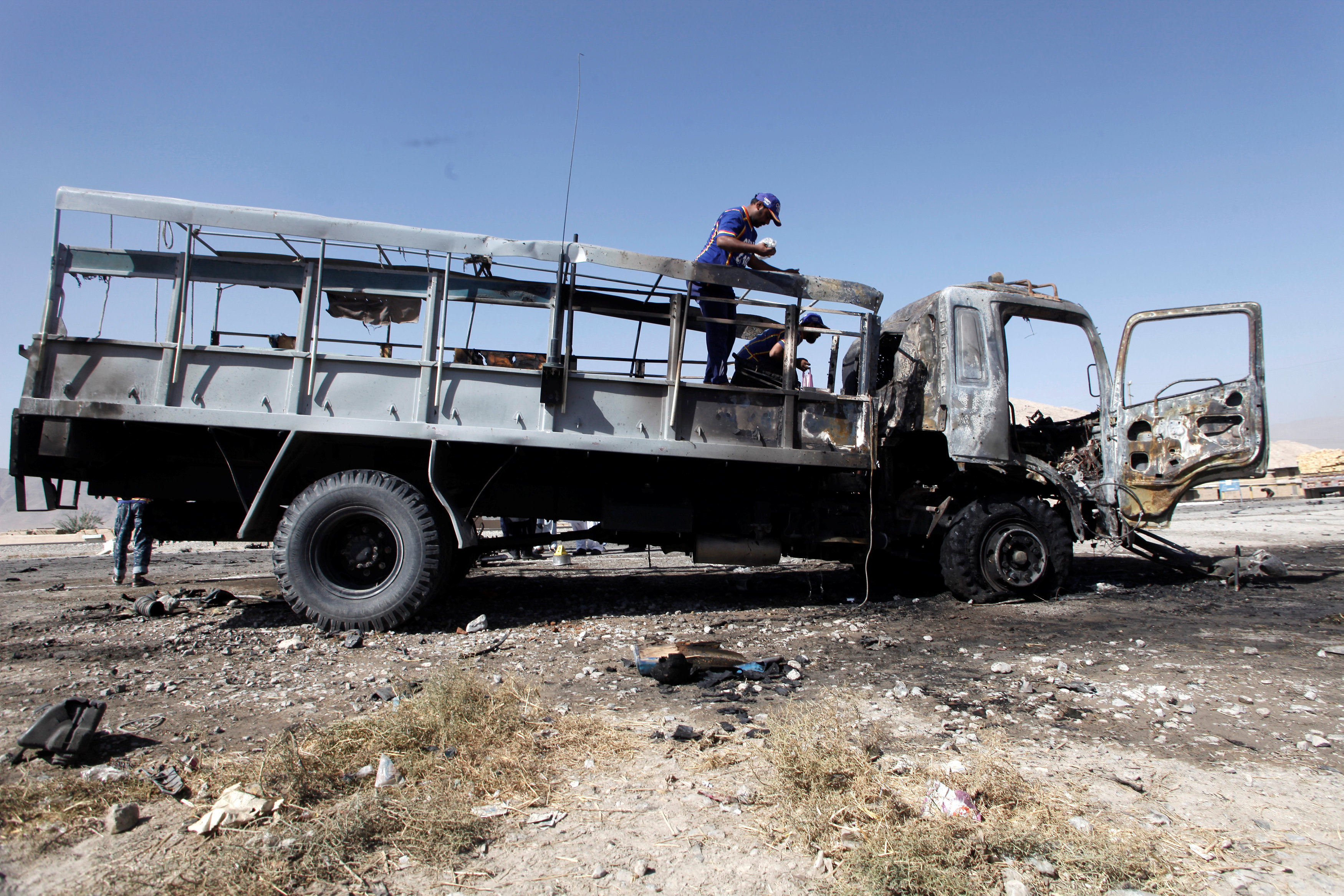 Quetta (Pakistan): A Pakistani Taliban suicide bomber rammed a car into a police truck in the southwestern city of Quetta on Wednesday, killing at least seven people, police said.
The attack killed five police officials and two passers-by on the outskirts of the volatile frontier city, Quetta police chief Abdur Razzaq Cheema said. He said another 22 people were wounded, eight of them critically.
Sarfraz Bugti, the home minister of Baluchistan province, told Reuters: "It was a suicide blast." Quetta is the capital of Baluchistan province and lies about 100 km (60 miles) east of the border with Afghanistan.
Bugti said the truck carrying the police officials was on its way to the city to drop them at their posts when the suicide bomber rammed into the vehicle, ripping it apart. Television pictures showed the burnt wreckage of the vehicles.
The Pakistani Taliban, an umbrella of various militant groups within Pakistan and loosely allied to the Afghan Taliban, issued a statement claiming responsibility for the attack.
Baluchistan province has long been the scene of an insurgency by separatists fighting against the state to demand more of a share of the gas- and mineral-rich region's resources. They also accuse the central government of discrimination.
The Taliban militants and sectarian groups linked to Al Qaeda and the IS militant group also operate in the strategically important region, which borders Iran as well as Afghanistan.
The violence has fuelled concern about security for projects in the $57 billion China Pakistan Economic Corridor, a transport and energy link planned to run from western China to Pakistan’s southern deep-water port of Gwadar.
A suicide bombing claimed by IS at a Sufi shrine earlier this month killed 22 people and wounded more than 30.
Ayub Qureshi, the provincial police chief, said a counter-terrorism police officer was also shot and killed in another part of Quetta on Wednesday at the time when authorities were dealing with the suicide bombing.
No one has claimed that shooting.