We can give this tournament a real shake: Smith 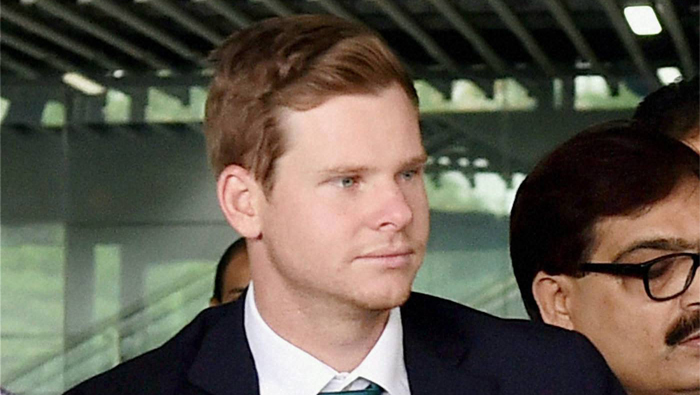 Kolkata: Australia skipper Steve Smith on Saturday stressed on the importance of winning the ICC World Twenty20, the one trophy missing from the glittering cabinet of the record five-time world champions who're No. 1 in Test and ODI format.
"It's the one trophy that eluded us. We want to win every tournament and series that we play in. We are pretty settled. We have got 15 guys who can give this tournament a real shake," Smith said about the fifth ranked side.
"We played good in South Africa to win that series there. Guys have stepped up and we're in good form. It's going to take us squad mentality to do well in this tournament," the Aussie skipper said about the team who won in South Africa 3-1 before landing here."
Australia lost in New Zealand 1-2 in an ODI series before winning the Tests 2-0 and they travelled for the World T20 build-up to South Africa where they won 2-1.
"It's just about being positive. We've got a good squad together. We know what to expect. It's about going out there and making sure we can execute our skills. If we do that well hopefully we will win a lot of other games."
Asked whether they do not take the T20 format seriously, Smith said: "I would not say that's the case. We've pretty packed schedules. We play a lot of cricket. Sometimes, you don't see a lot of Test and ODI players in this format.
"But we certainly play a lot of T20 cricket. We know how to play the game and if we do to the best of our ability we will be a tough side to beat," he said at the pre-tournament news conference.
The Australian team is full of all-rounders, and the 26-year-old said they would be an asset to them in the demanding format.
"A lot of our all-rounders are bowling extremely well at the moment which helps as well. We can have the power at the back end. "All our allrounders are very powerful with the bat. That's what you need in T20 cricket. They're doing a good job for us hopefully they will continue to do good job for us."
The conditions would be different here than they faced in New Zealand and South Africa but Smith said it would not be a disadvantage.
"We know what to expect from the conditions out here. A lot of us have played here in IPL and against India. We are ready for the challenge. The IPL has been great in the development of a lot of players from all around the world. "The experience will hold us in good stead for this tournament. A lot of us know what to expect from the conditions from each ground. What it's to like playing in front of great crowds. We're really excited."