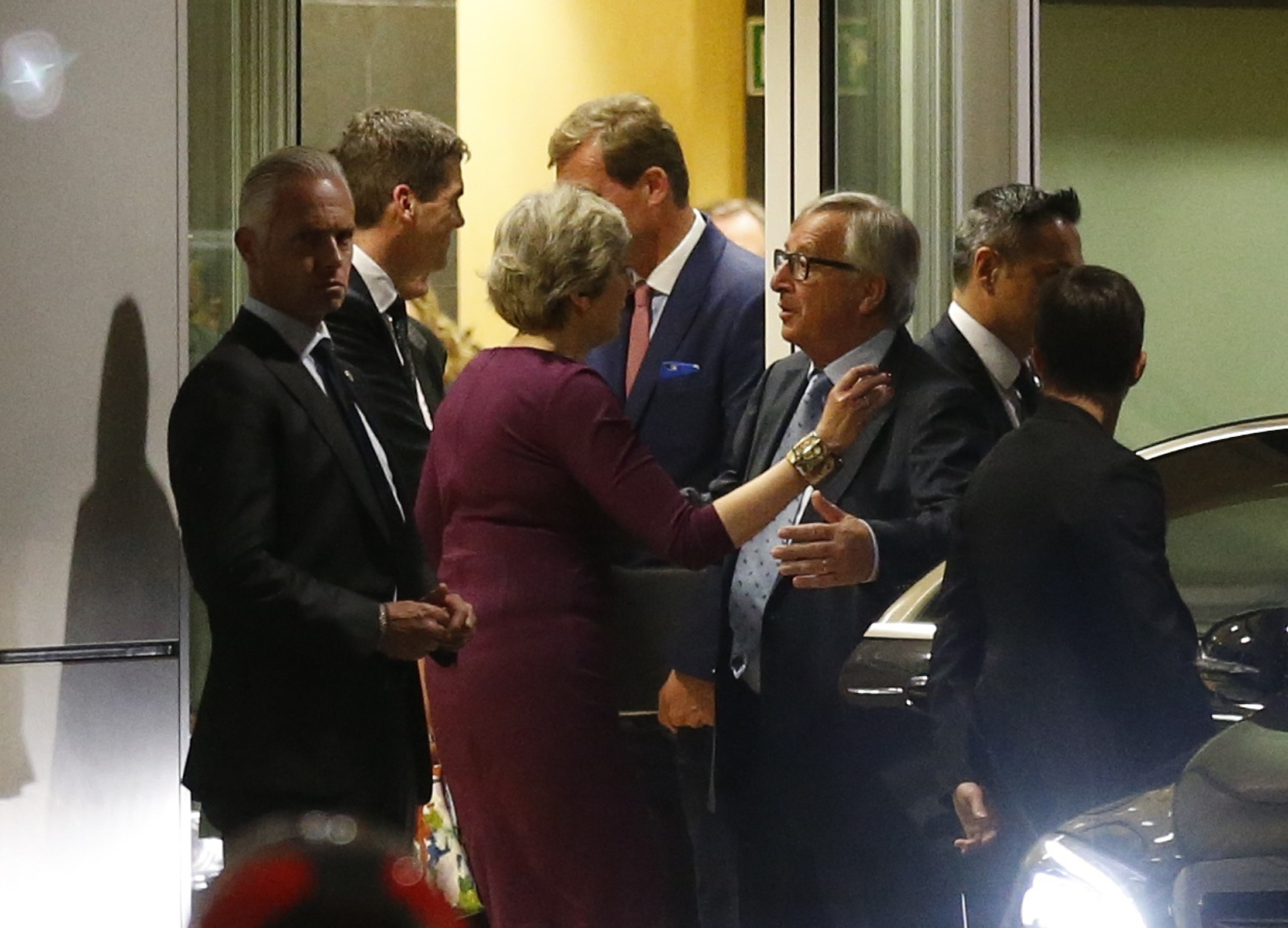 Brussels: British Prime Minister Theresa May and European Commission chief Jean-Claude Juncker agreed over dinner in Brussels on Monday that the pace of negotiations over Britain's departure from the European Union should be stepped up.
A joint statement described a "constructive and friendly" two-hour meeting, during which they "reviewed the progress made in the Article 50 negotiations so far and agreed that these efforts should accelerate over the months to come".
Announced less than 24 hours before they sat down, accompanied by their chief Brexit negotiators, David Davis and Michel Barnier, and just three days before May returns to Brussels for an EU summit, the meeting was held well away from reporters. Officials offered no immediate detail on the substance beyond the six-sentence communique.
Both sides have been calling for a faster pace of talks as time ticks down to Britain's withdrawal from the EU in March 2019 and businesses warn that without clarity on what happens after that they may start switching investments early next year.
The joint statement gave little else away, making no reference to the mutual blame game in which London and Brussels accuse each other of creating deadlock: May by failing to detail how much she is willing to pay to settle divorce obligations, the EU by sticking rigidly to a refusal to so much as talk about a future trade deal and transition to that until she does so.
Wary that the prime minister, beset by feuds in her cabinet over a softer or harder break with the EU, might try to divide the other 27 states, some EU diplomats voiced concern she met Juncker and Barnier before meeting the other national leaders.
Barnier has, diplomats say, suggested accelerating talks by starting internal EU discussions on a transition period in which Britain would stay in the single market. His idea hit resistance from heavyweights Germany and France, though the 27 now seem set to agree this gesture in an EU statement to be issued on Friday.
A revised text circulated by summit chair Donald Tusk to EU governments on Monday retained wording that offers Britain the chance of talks on a transition to a future relationship almost immediately after the next EU summit in December. But at German and French insistence, it stressed the need for London to meet a series of key demands from the Union, notably on money it owes.
May's spokesman, when asked before the meeting whether she would give more detail on Britain's financial offer, indicated she would not.
That left some wondering what the point was. "It will either be a very expensive dinner, costing about 30 billion euros, or else — what is this?" one EU diplomat said.