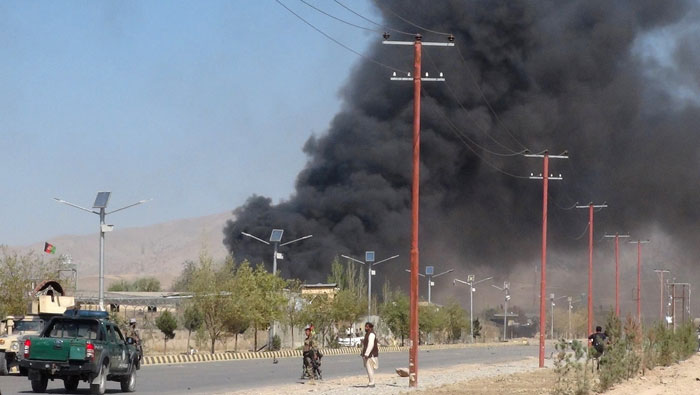 Kabul: A Taliban suicide car bomber and gunmen attacked a provincial Afghan police headquarters on Tuesday, killing at least 12 people and wounding 60, officials and militants said.
The attack targeted a police training centre attached to the headquarters in Gardez, the capital of Paktia province, officials said.
At least two attackers were also killed, the Interior Ministry said in a statement.
Three officials told Reuters that the provincial police chief was among the dead, but the ministry said it could only confirm that he had been wounded.
Both civilians and security forces were among the casualties, deputy public health director Hedayatullah Hameedi said.
"At the moment the area is sealed by the Crisis Response Unit and efforts are ongoing to eliminate the terrorists," the ministry statement said.
The Taliban, seeking to reimpose strict religious law after their 2001 ouster by U.S.-led forces, claimed responsibility for the attack.